The Colombian army released images of one of the world's most valuable shipwrecks, the location of which was unknown for nearly three centuries.

Spain's San Jose galleon was loaded with a vast cargo of treasure when it was sunk by British navy ships in 1708 during the War of the Spanish Succession.

The ship, a 64-gun galleon with around 600 people on board, is believed to have been carrying at least 200 tons of treasure, including gold coins, silver coins, and emeralds, worth an estimated up to $17 billion at today's prices. 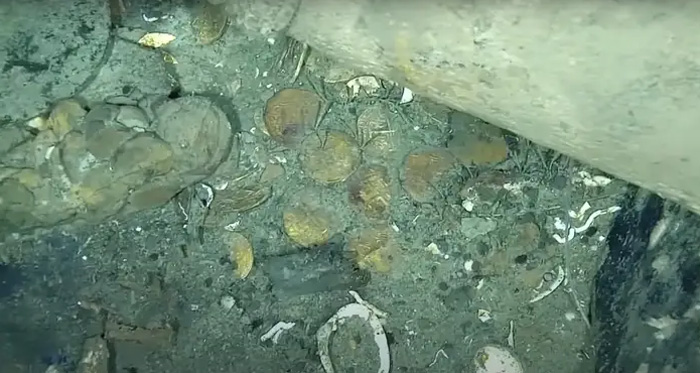 The wreck often called "the holy grail of shipwrecks," was found by Colombian naval officials off the coast of Cartagena in 2015, but its precise location has been kept a secret.

Colombian President Iván Duque released previously unseen footage and images of the wreck in a press conference on June 6. 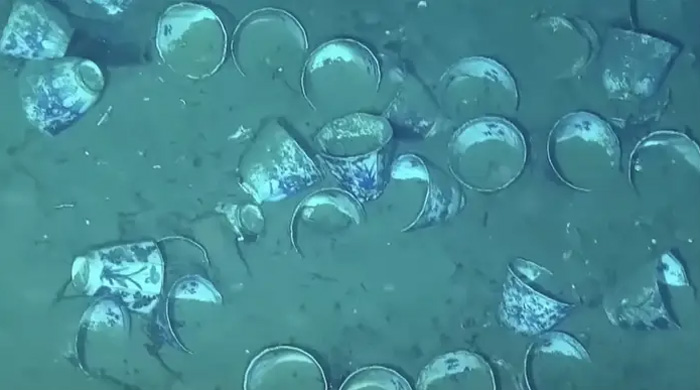 "The idea is to recover it and to have sustainable financing mechanisms for future extractions," Duque said in the press conference. "In this way, we protect the treasure, the patrimony of the San Jose galleon."

Authorities said that the video and images were taken by remotely operated state-of-the-art equipment that descended around 3,280 feet to explore the wreckage's nooks and crannies.

Inscriptions on the cannons revealed they had been manufactured in 1655 in Seville and Cádiz in Spain, the Colombian navy's maritime director-general Admiral José Joaquín Amézquita, said in a statement.

He also noted the discovery of gold coins, or macuquinas, with coinage typical of the time.

Duque also said that monitoring of the wreck led to the discovery of two more shipwrecks nearby, a colonial boat and a schooner thought to be from the 1800s.

The San Jose wreck has been the subject of an ongoing legal battle since its discovery, as reported by The Economist.

Colombia has claimed the wreck and its contents as its own, with former President Juan Manuel Santos signing the Submerged Cultural Heritage Law in 2013, which says artifacts recovered in Colombian waters belong to the state.

However, Spain has also staked a claim, noting that the ship was theirs and citing UNESCO's convention on underwater cultural heritage.

To further complicate matters, many of the valuables on the ship were likely to have been plundered from South American countries, some of whom might also claim a right to some of the treasure.