When scientists at the Dalian Natural History Museum in China copped a load of a fossil unearthed in the Lower Cretaceous Yixian Formation, they couldn't believe their eyes. The eight-legged beastie looked like nothing anyone had seen before. Exceptionally preserved.

They described it as a new spider, publishing their analysis in the journal Acta Geologica Sinica, and named the species Mongolarachne chaoyangensis. There was just one problem: the fossil was a big old fake.

The cunning ruse was discovered by invertebrate paleontologist Paul Selden of the University of Kansas, whose spidey senses started tingling when he got his hands on the paper.

"The paper had very few details, so my colleagues in Beijing borrowed the specimen from the people in the Southern University, and I got to look at it. Immediately, I realised there was something wrong with it - it clearly wasn't a spider. It was missing various parts, had too many segments in its six legs, and huge eyes." 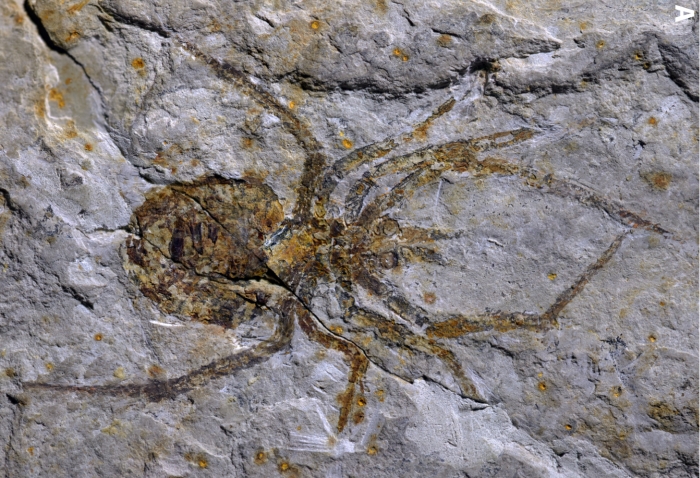 The penny dropped, he said, when palaeobiologist Chungkun Shih of Capital Normal University in Beijing remarked that a lot of Cretaceous crayfish are found in the same formation, dating back to around 120 to 130 million years ago.

"I realised what happened," Selden said, "was I got a very badly preserved crayfish onto which someone had painted on some legs."

Yep. Those wacky legs that didn't look right? Not actually fossilised material at all.

To confirm this suspicion, Selden teamed up with University of Kansas geologists Matt Downen and Alison Olcott to analyse the fossil specimen using fluorescence microscopy. Because the fossil was so big, they had to image it in sections. 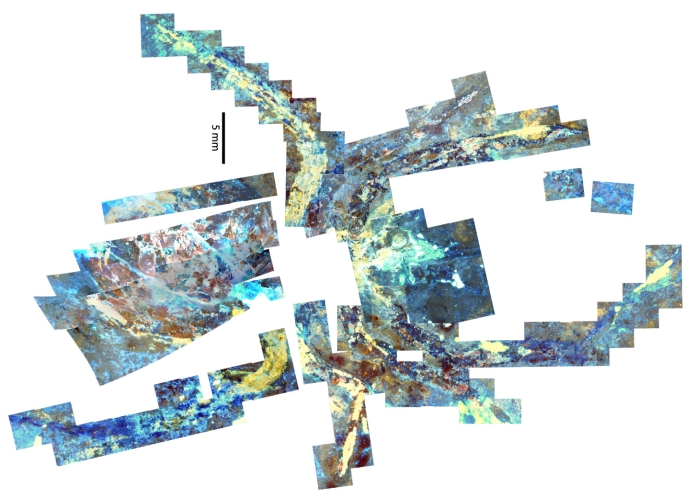 These images returned four main fluorescence colours: white, which likely indicated a mended crack; blue, which is the mineral composition of the host rock; red, indicating actual fossilised material; and yellow. That yellow fluorescence, the researchers said, is most likely created by oil-based paint.

But it's a very convincing forgery. You wouldn't necessarily know parts of it were fake just by looking at it, unless you specifically knew what you were looking for. That, Selden said, is how the Dalian Natural History Museum scientists were taken in.

"These things are dug up by local farmers mostly, and they see what money they can get for them," he explained.

"They obviously picked up this thing and thought, 'Well, you know, it looks a bit like a spider.' And so, they thought they'd paint on some legs - but it's done rather skilfully. So, at first glance, or from a distance, it looks pretty good.

"It's not until you get down to the microscope and look in detail that you realise there are clearly things wrong with it. And, of course, the people who described it are perfectly good palaeontologists - they're just not experts on spiders." 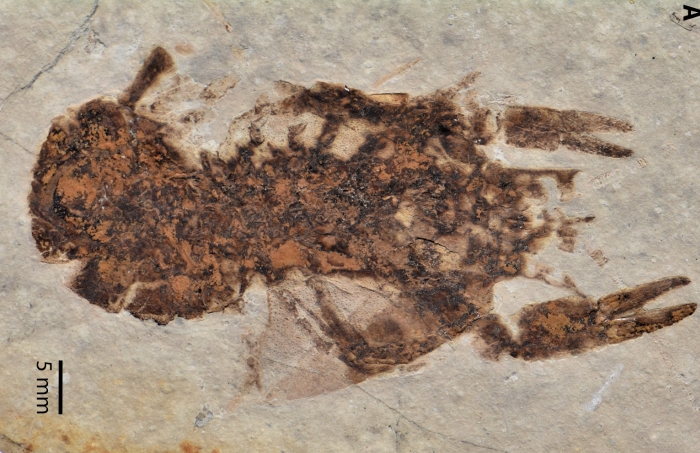 Fake fossils are nothing new; in fact, recent history - going back the last few centuries - is rife with hoaxes and frauds. And, although we did eventually wise up about the Piltdown Man, a 2010 Science investigation found that fake fossils were finding their way into museums in China in shocking numbers.

Farther afield, the online marketplace for trilobite fossils, for instance, is awash with extremely clever fakes.

"I've seen lots of forgeries, and in fact I've even been taken in by fossils in a very dark room in Brazil," Selden said.

"It looks interesting until you get to it in the daylight the next day and realise it's been enhanced, let's say, for sale. I have not seen it with Chinese invertebrates before.

"It's very common with, you know, really expensive dinosaurs and that sort of stuff… They're not necessarily going to be bought by scientists, but by tourists." 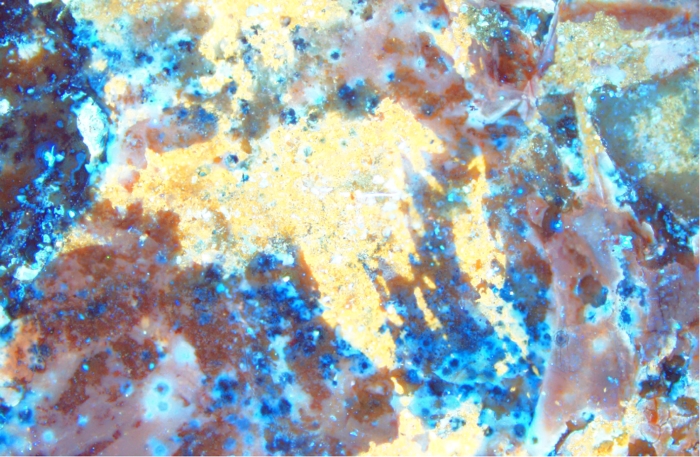 While it's less common to find a fake fossil in an academic journal, the case highlights the importance of performing a thorough analysis, and that even the peer-review process can be flawed.

As a result of this new paper, Mongolarachne chaoyangensis no longer exists; the specimen has been reclassified as a common crayfish. As for what will become of the fossil, that's yet to be decided. Perhaps it will be put on display in a museum.

It certainly makes for a cracker of a story.

The new paper has been published in Palaeoentomology.