Footage showed people at a bus stop running from the collapsing road as the vehicle - jutting into the air - sank into the ground.

Several people disappeared into the sinkhole as it spread, including what appeared to be a child. The incident also triggered an explosion inside the hole, video showed.

Sinkholes are not unknown in China, where they are often blamed on construction works and the country's rapid pace of development.

The incident occurred at around 5:30 pm (0930 GMT) on Monday in Xining, the capital of Qinghai province, the state-run broadcaster CCTV said.

Nine people were confirmed dead as of 10pm (1400 GMT) on Tuesday, according to CCTV.

A search and rescue operation involving more than 1,000 people and 30 vehicles was under way, according to the official Xinhua news agency. An investigation into the cause has been opened.

Video footage published by state broadcaster CGTN showed a person being pulled from the hole by rescue workers.

The collapse left an 80-square-metre (860-square-foot) pit in the street outside a hospital. 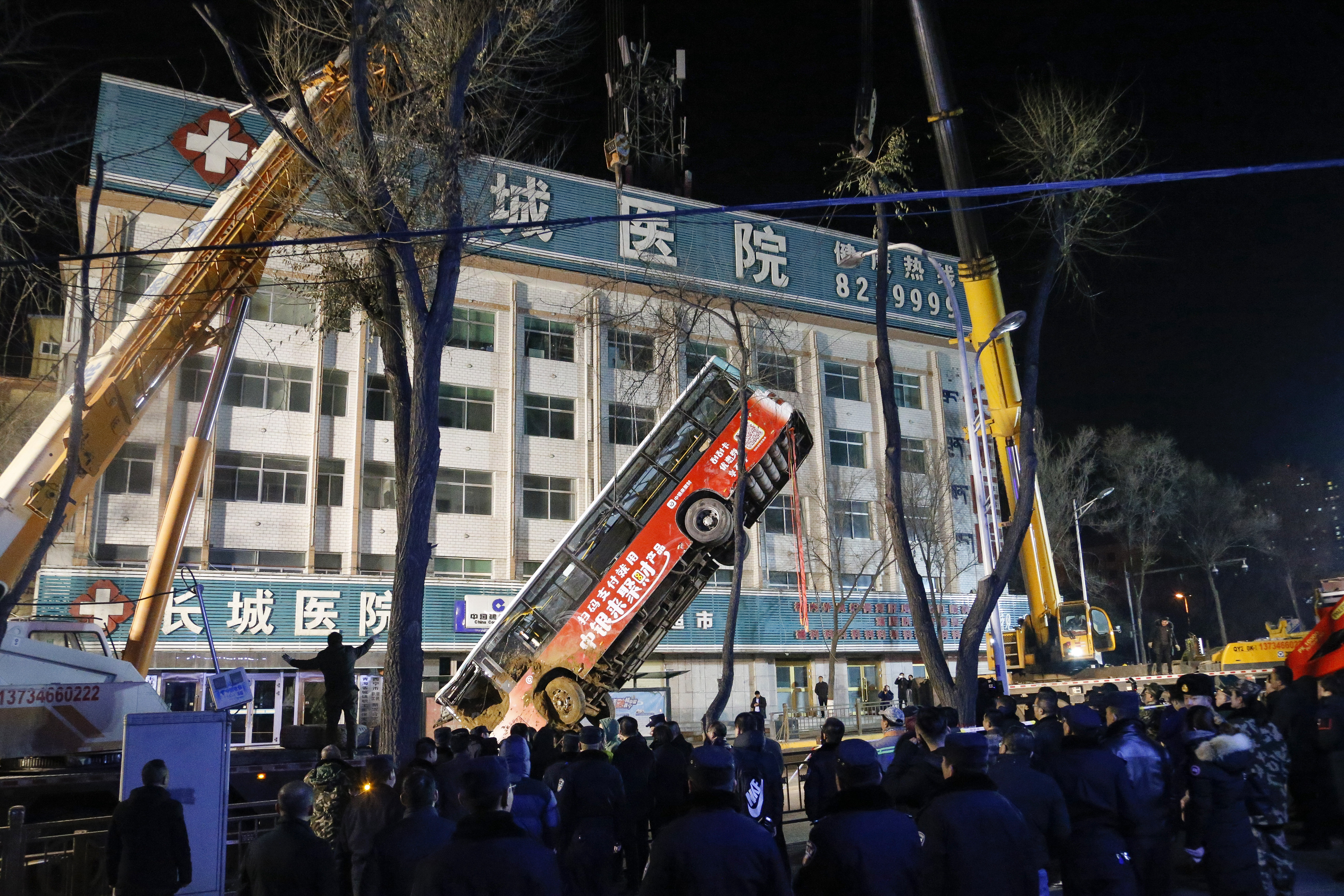 The 16 injured were taken to hospital and are in a stable condition, Xinhua added, citing a local emergency management official.

Xinhua said earlier that four people were missing, although CCTV did not specify how many remained unaccounted for as of Tuesday night.

In 2016, at least three people fell into a huge sinkhole in central Henan province, which swallowed a section of road and passersby.

An initial investigation showed the collapse might have been caused by water pipes buried under the road breaking up due to the rain.

In 2013, five people died when a 10-metre (33-foot) wide sinkhole opened up at the gates of an industrial estate in Shenzhen.