Experts at London's Kew Gardens on Monday revealed they have discovered the first new giant waterlily species since the mid-19th century – after it was initially mistaken for another.

Specimens of the new species had lain undiscovered at the botanical garden for 177 years and in the National Herbarium of Bolivia for 34 years.

It had been thought they were from the Victoria amazonica, one of the two known varieties of giant waterlilies whose genus was named after Queen Victoria in 1852.

But their true identity was revealed after experts at Kew worked with a team from the Latin American country to establish they were in fact a third variety. 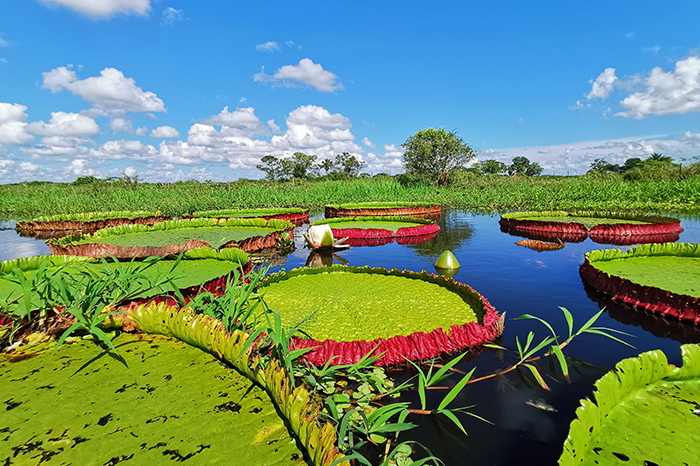 As well as being the newest species of giant waterlily, Victoria boliviana, whose leaves grow as wide as three meters (9.8 ft) in the wild, is also the largest in the world.

A paper detailing the years of detective work is outlined in a paper in the journal Frontiers in Plant Science, published on Monday.

Botanical artist Lucy Smith said they had been growing – unlabeled – in a glasshouse at Kew for the last four years. 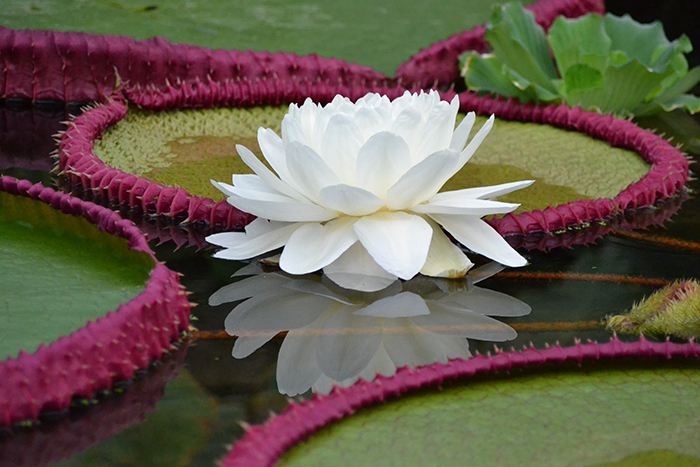 "A few people have asked, why does this one look so different from the others? But we've had to say, well, we think it's similar to this or similar to that," she told AFP.

"So in fact, we've had this wonderful secret hiding in plain sight all this time."

Carlos Magdalena, a research horticulturalist who specializes in saving plant species that are near extinction, described the plant as "one of the botanical wonders of the world".

Magdalena said some 2,000 new plant species are identified every year but he added: "What I think is very unusual is a plant (this) size with this level of fame to be discovered in the year 2022.

"That is quite unusual. It also highlights how many things could be out there. It really highlights how little we know in the end about our natural world." 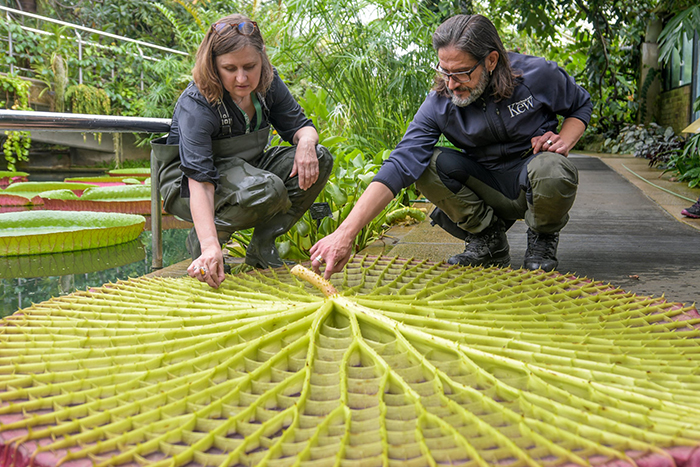 Giant waterlilies bloom and turn from white to pink at night.

V. boliviana is named in honor of the Bolivian partners on the team and the plant's natural ecosystem.

Kew is the only place in the world where all three species of the Victoria genus – V. amazonica, V. cruziana and now V. boliviana – can be seen side by side.