An Asteroid Will Get Closer to Earth Than The Moon This Thursday, But Don't Panic

An asteroid will get awfully close to Earth this Thursday (September 24), when it whizzes by our planet closer than the Moon orbits.

This means that asteroid 2020 SW will pass even closer than TV and weather satellites, which orbit at about 22,300 miles (35,888 km) away from Earth, according to EarthSky.

Scientists have yet to pin down the asteroid's exact size, but it's not that large, likely between 14 feet and 32 feet (4.4 and 9.9 meters) long, according to CNEOS.

This potentially RV-size asteroid was discovered only last week, on September 18, by the Mount Lemmon Survey in Arizona, and announced the next day by the Minor Planet Center, a NASA-funded group that monitors minor planets, comets and natural satellites. (It's not unusual to find unknown asteroids; in September alone, the Minor Planet Center has announced the discovery of 244 near-Earth objects.) 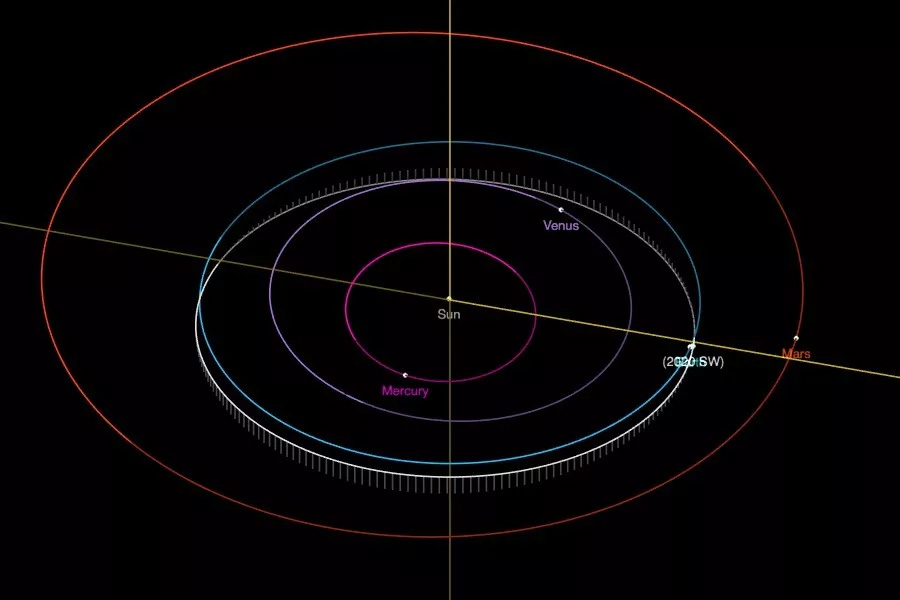 Passing by Earth will actually be a life-changing event for asteroid 2020 SW. It's such a small asteroid that Earth's gravity is expected to change the space rock's course when it zooms by our planet at 7:18 am EDT (11:18 UTC), according to EarthSky.

After asteroid 2020 SW's close shave with Earth, it won't pay our planet another visit until 3 June 2029, according to the Jet Propulsion Laboratory.

That said, the asteroid is certainly rushing to see us this Thursday (we hope it has a face mask), traveling at a velocity of about 17,200 mph (27,720 km/h, or 7.7 km/second) relative to Earth, the Jet Propulsion Laboratory reported.

The asteroid will appear brighter as it nears Earth, but it won't be visible to the naked eye.

If you want a clear view of the space rock, visit The Virtual Telescope website, which is showing a live feed starting at 6 pm EDT (22:00 UTC) on Wednesday, September 23.