The entire hole didn't fit into the cover image. (ESO)

All over the world, some truly groundbreaking telescopes are being built that will usher in a new age of astronomy. Sites include the mountain of Mauna Kea in Hawaii, Australia, South Africa, southwestern China, and the Atacama Desert – a remote plateau in the Chilean Andes.

In this extremely dry environment, multiple arrays are being built that will allow astronomers to see farther into the cosmos and with greater resolution.

One of these is the European Southern Observatory's (ESO) Extremely Large Telescope (ELT), a next-generation array that will feature a complex primary mirror measuring 39 meters (128 feet) in diameter.

At this very moment, construction is underway atop the Andean mountain of Cerro Armazones, where construction teams are busy pouring the foundations for the largest telescope ever built.

In addition to the high-altitude conditions necessary for effective astronomy, where atmospheric interference is low and there is no light-pollution, the ESO needed a huge, flat space to lay the ELT's foundations.

Since such a location did not exist, the ESO built one by flattening the top of the Cerro Armazones mountain in Chile. As the image below shows, the site is now covered by a string of foundations.

The key to the ELT's imaging capabilities is its honeycombed primary mirror, which itself is made up of 798 hexagonal mirrors, each of which measures 1.4 metres (4.6 feet) in diameter. This mosaic-like structure is necessary seeing as how building a single 39 meter mirror that is capable of producing quality images is not currently possible.

By combining light from these telescopes (a process known as interferometry), the VLT is able to achieve the resolution of a mirror measuring up to 200 metres (656 feet).

However, the 39-metre (128-foot) ELT will have considerable advantages over the VLT, boasting a collecting area that is a hundred times larger and the ability to collect one hundred times more light. This will allow observations of much fainter objects.

In addition, the ELT's aperture will not be subject to any gaps (which is the case with interferometry) and the images it captures will not need to be rigorously processed.

All told, the ELT will collect roughly 200 times as much as light as the Hubble Space Telescope, making it the most powerful telescope in the optical and infrared spectrum.

With its powerful mirror and adaptive optics systems to correct for atmospheric turbulence, the ELT is expected to be able to directly image exoplanets around distant stars, something that is rarely possible with existing telescopes. 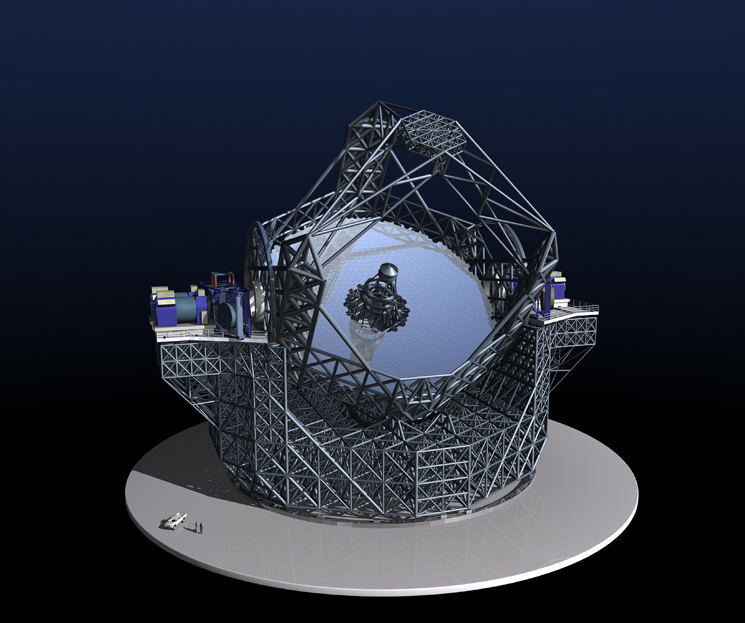 Because of this, the ELT's scientific objectives include directly imaging rocky exoplanets that orbit closer to their stars, which will finally allow astronomers to be able to characterizing the atmospheres of "Earth-like" planets. In this respect, the ELT will be a game-changer in the hunt for potentially habitable worlds beyond our Solar System.

Moreover, the ELT will be able to measure the acceleration of the expansion of the Universe directly, which will allow astronomers to resolve a number of cosmological mysteries – such as the role Dark Energy played in cosmic evolution.

Working backwards, astronomers will also be able to construct more comprehensive models of how the Universe evolved over time.

This will be bolstered by the fact that the ELT will be able to conduct spatially resolved spectroscopic surveys of hundreds of massive galaxies that formed at the end of the "Dark Ages" – roughly 1 billion years after the Big Bang.

In so doing, the ELT will capture images of the earliest stages of galaxy formation and provide information that so far has been only available for nearby galaxies.

All of this will reveal the physical processes behind the formation and transformation of galaxies over the course of billions of years.

It will also drive the transition from our current cosmological models (which are largely phenomenological and theoretical) to a much more physical understanding of how the Universe evolved over time.

In the coming years, the ELT will be joined by other next-generation telescopes like the Thirty Meter Telescope (TMT), the Giant Magellan Telescope (GMT), the Square Kilometer Array (SKA) and the Five hundred meter Aperture Spherical Telescope (FAST).

At the same time, space-based telescopes like the Transiting Exoplanet Survey Satellite (TESS) and the James Webb Space Telescope (JWST) are expected to provide countless discoveries.

A revolution in astronomy is coming, and soon!