A team of astronomers has accidentally discovered an invisible monster galaxy from the beginning of the Universe.

The researchers were taking observations with the Atacama Large Millimetre Array, a group of 66 telescopes in Chile, when a faint bit of light appeared in the cosmos.

They think that light is the glow of dust particles heated by stars forming inside the galaxy. That dust blocks other wavelengths of light, including the light from the stars themselves. So in a sense, the newly discovered galaxy is mostly invisible.

"It makes you wonder if this is just the tip of the iceberg, with a whole new type of galaxy population just waiting to be discovered," Kate Whitaker, a co-author of the research, said in a press release.

A paper announcing the finding was published Tuesday in The Astrophysical Journal.

Observations suggest this galaxy is about 12.5 billion light-years away, which means scientists are observing light it gave off 12.5 billion years ago.

At that time, the Universe was in its infancy – just about 1 billion years old. The galaxy could therefore offer clues about how huge, mature galaxies formed so quickly in the early Universe.

A galaxy from the early Universe

The below video shows what the new galaxy might look like, with bursts of newly formed stars lighting up the gas and dust clouds surrounding it.

Christina Williams, a postdoctoral fellow at the University of Arizona and the lead author of the paper, was the first to notice the galaxy.

"It was very mysterious," Williams said in the release.

"The light seemed not to be linked to any known galaxy at all. When I saw this galaxy was invisible at any other wavelength, I got really excited, because it meant that it was probably really far away and hidden by clouds of dust."

The discovery could solve a galactic mystery

The mysterious new galaxy seems to hold about the same number of stars as our own Galaxy, but it's much more active – it produces new stars at 100 times the Milky Way's rate.

Scientists know that large, mature galaxies appeared early in the universe's history, when it was about 1 billion years old (or, as astrophysicists like to put it, 10 percent of its current age).

These galaxies seemed to come out of nowhere, growing and converting gas into stars far faster than scientists' best theoretical models would predict, before calming down.

Scientists have never observed this process, however. NASA's Hubble Space Telescope has spotted smaller galaxies from the early universe, but none are growing fast enough to become these early behemoths.

A large, active galaxy that's pumping out stars factory-style, however, could help astronomers figure out what's missing from their models.

"Our hidden monster galaxy has precisely the right ingredients to be that missing link," Williams said.

Her team hopes that future telescopes will uncover more details about this galaxy or others like it. As of now, it's difficult to observe the galaxy or find similar ones with current telescopes, since it's invisible and the light from surrounding dust clouds is so faint.

"Right now we are eager for the James Webb Space Telescope (JWST) to take a look at these things," Williams said.

That telescope is slated to launch on 30 March 2021. NASA has fully assembled it, but the telescope now faces a long testing process in Northrop Grumman's California facilities. 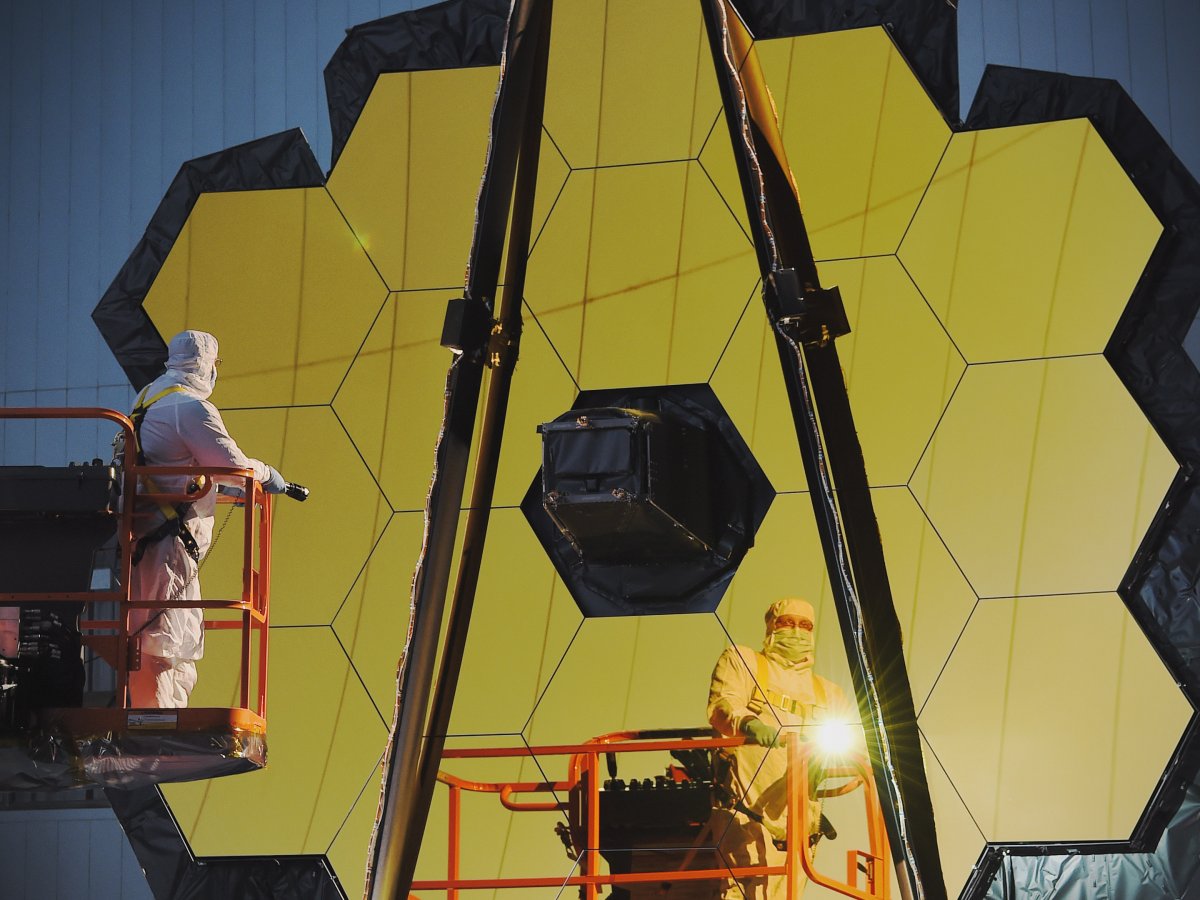 NASA has fully assembled it, but the telescope now faces a long testing process in Northrop Grumman's California facilities.

Once in space, JWST will study every phase of the Universe's history in order to learn about how the first stars and galaxies formed, how planets are born, and where there might be life in the universe.

"JWST will be able to look through the dust veil so we can learn how big these galaxies really are and how fast they are growing, to better understand why models fail in explaining them," Williams said.