From a distance, Saturn looks like a serene gas giant with stunning rings, going about its orbit with little to no fuss. If you creep as close as Cassini did, however, there's a whole lot more going on.

A turbulent hexagon-shaped storm has been raging near Saturn's north pole for at least four decades - we first discovered it in 1981 during the Voyager mission. Even with a front-row view from the Cassini probe however, details on Saturn's hexagon have been scant.

A new atmospheric model, tested in the lab, now suggests the storm goes very deep, potentially thousands of kilometres. This finding could help to explain why the storm has remained a relatively stable feature since we first caught sight of it. 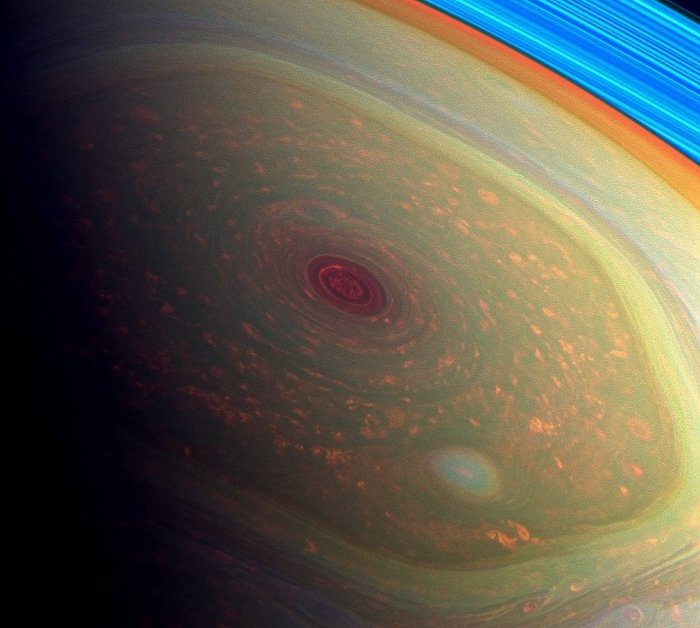 In the past, direct observations and lab experiments have produced two leading hypotheses as to why Saturn's hexagonal storm exists.

On the one hand, it might have formed from shallow, alternating jets in the gas giant's atmosphere, hundreds of kilometres deep where pressure sits at about 10 bars or so, and where gas is more turbulent.

On the other hand, it might be more deeply rooted, coming from deep zonal jets extending thousands of kilometres down, where pressure is tens of thousands of times greater and where the planet's rotation and topography might be whipping up a frenzy.

In fact, just before Cassini took its final plunge into retirement, we discovered Saturn's zonal jets retain their strength down to altitudes where the pressure is an astonishing 100,000 bars or more. To put that in perspective, sunlight penetrates not much deeper than a single bar on Saturn; these vortices are deeper and more stable than they appear at first.

Simulating what happens to deep turbulent convections in a rotating spherical shell, researchers at Harvard University now think they have a plausible explanation for why Saturn's hexagon exists.

Their 3D model shows that deep thermal convection in the outer layers of gas giants can spontaneously give rise to giant polar cyclones, fierce alternating zonal flows, and a high-latitude eastward jet pattern.

What's more, these zonal jets are both qualitatively and quantitatively similar to what has been observed on Saturn.

"The analysis of the simulation suggests that self-organised turbulence in the form of giant vortices pinches the eastward jet, forming polygonal shapes," the authors explain.

"We argue that a similar mechanism is responsible for exciting Saturn's hexagonal flow pattern."

The time evolution of flow streamlines viewed from a northern vantage point. (Yadav and Bloxham, PNAS, 2020)

Now, the team's model doesn't capture every aspect of Saturn's atmosphere - it only incorporates the outer tenth of the planet's radius - and their polar jets kept forming triangles instead of hexagons.

Even still, the authors are confident this simplified situation can help us figure out some of the features seen on Saturn, especially now we don't have Cassini to help us.

In their simulations, a large cyclone arose centred on the north pole, while several smaller cyclones joined a strong eastward jet slightly north of the equator.

While this central cyclone was strong enough to overcome the turbulence of gas near the surface, the surrounding vortices were masked by all this volatility at shallower levels, making them appear more like polygonal jets than tornadoes. 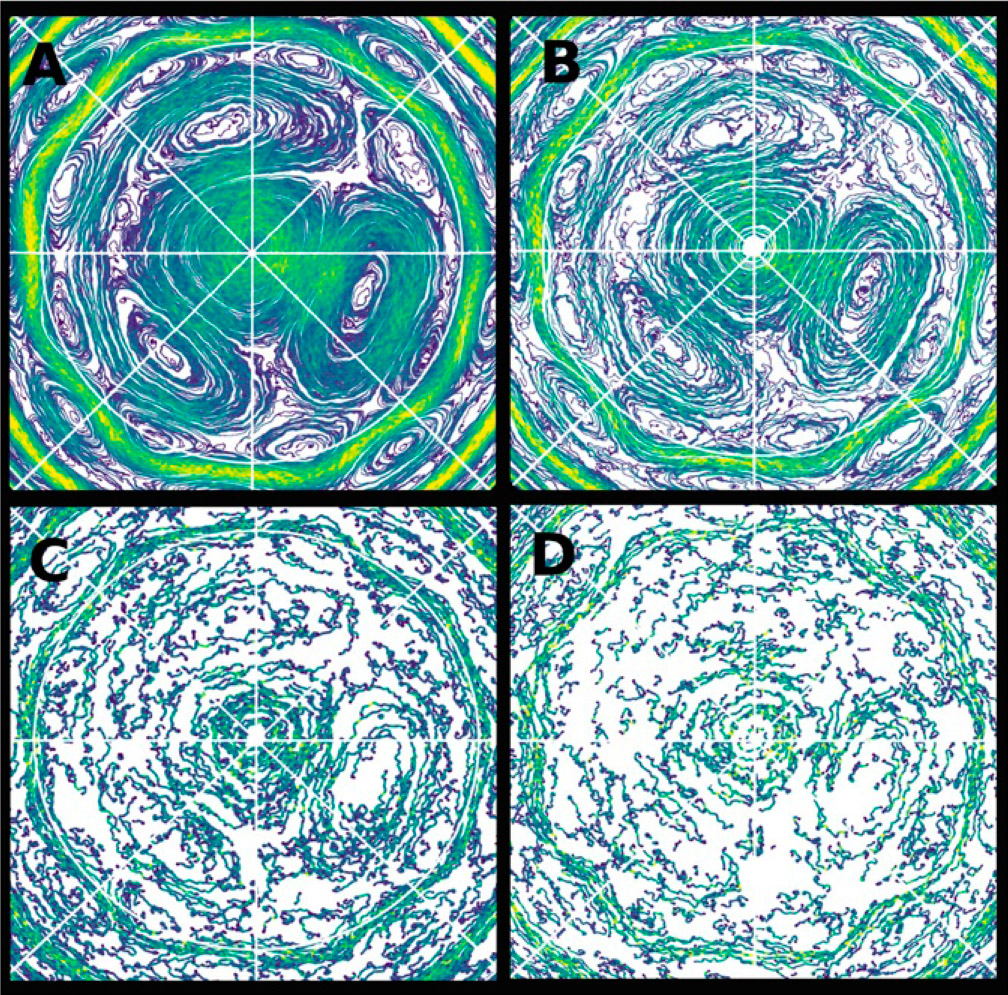 Above: Different levels of the atmospheric simulation from the north pole with A being the deepest and D the shallowest.

"A similar scenario can be imagined for Saturn where the hexagonal shape of the jet is sustained by adjacent six large vortices, which are hidden by the more chaotic convection in the shallower layers," the authors write.

This might be why some other models and observations indicate a shallower jet presence in some areas of Saturn's hexagon, when, in fact, the truth lies much further down.

But this is just a proof of concept, and we will need to incorporate far more atmospheric data from Saturn to make this model better reflect reality. Nevertheless, it seems like we might be on the right track.