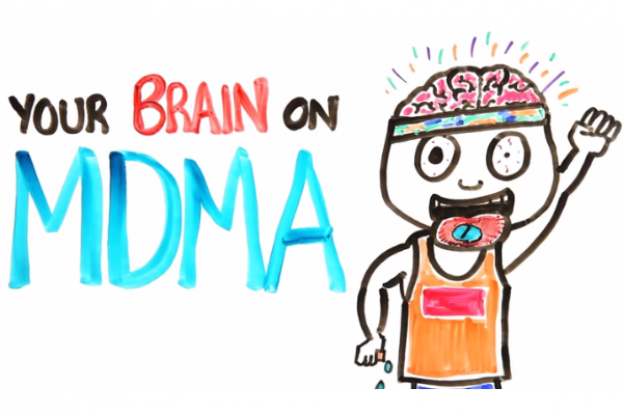 WATCH: Your Brain on MDMA

MDMA, or 'Molly', has become a popular drug of choice, but what exactly is it, and what's it doing to your body?  AsapSCIENCE investigates.

MDMA, or 'Molly', has become a popular drug of choice, but what exactly is it, and what's it doing to your body?  AsapSCIENCE investigates. 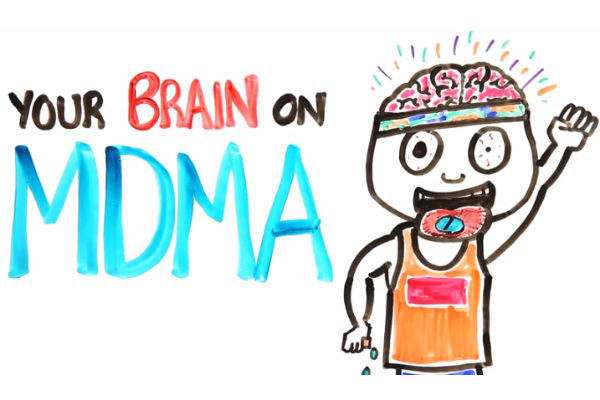 MDMA is usually taken in pill form, and is supposed to be composed of the pure chemical 3,4-methylenedioxy-N-methyl. Ecstasy, on the other hand, is the MDMA chemical that's been altered with additives such as amphetamine or caffeine.

In its pure form, MDMA affects the neurotransmitters in our brain, which act as chemical messengers to connect your brain with other parts of your body. Neurotransmitters also control your reflexes, emotions and memory, and one neurotransmitter in particular, called serotonin, controls your appetite, sleep, memory, learning, and mood. You'll receive a natural boost in serotonin when something great happens in your life, such as falling love, and it'll make you feel happy. The same thing happens when you take effective amounts of MDMA.

When you take MDMA, says AsapSCIENCE, enormous amounts of serotonin will be released into your body, along with other neurotransmitters such as dopamine and norepinephrine, which trigger even more electrochemical firing in your brain. This gives you a sudden and intense feeling of happiness, you'll feel more social and outgoing, have increased empathy, and of course, you'll feel SUPER-awake.

Which all sounds pretty great, but as with all drugs, the high can't last, and you'll basically feel the exact opposite of all those nice things we just mentioned as soon as the effects of MDMA wear off.

Watch the latest episode of AsapSCIENCE above to find out how MDMA brings the pain right after the pleasure.