How to See, And Block, All The Apps Tracking You on Facebook

Facebook is currently facing a scandal over the use of its data by British political research company Cambridge Analytica.

It didn't get the data through a hack, but reportedly through a Facebook app which gave a researcher user data – and also the data of their friends.

Most people forget that when they download an app or sign into a website with Facebook, they are giving those companies a look into their Facebook profile. Your profile can often include your email address and phone number as well as your work history and current location.

And most people don't realise that if you're sharing that data with friends, then apps used by those friends can see that data as well!

Advertisers, Facebook-app developers, and Facebook ad-tech partners can't see your name, your phone number, or your employer – Facebook encrypts and anonymizes all the data to protect your privacy. But it does sell that data in bulk to companies who want to target and track both you and people like you.

1. To start off, go to the arrow symbol on the far right of your Facebook page.

2. We're going to be taking a deep dive into the settings. 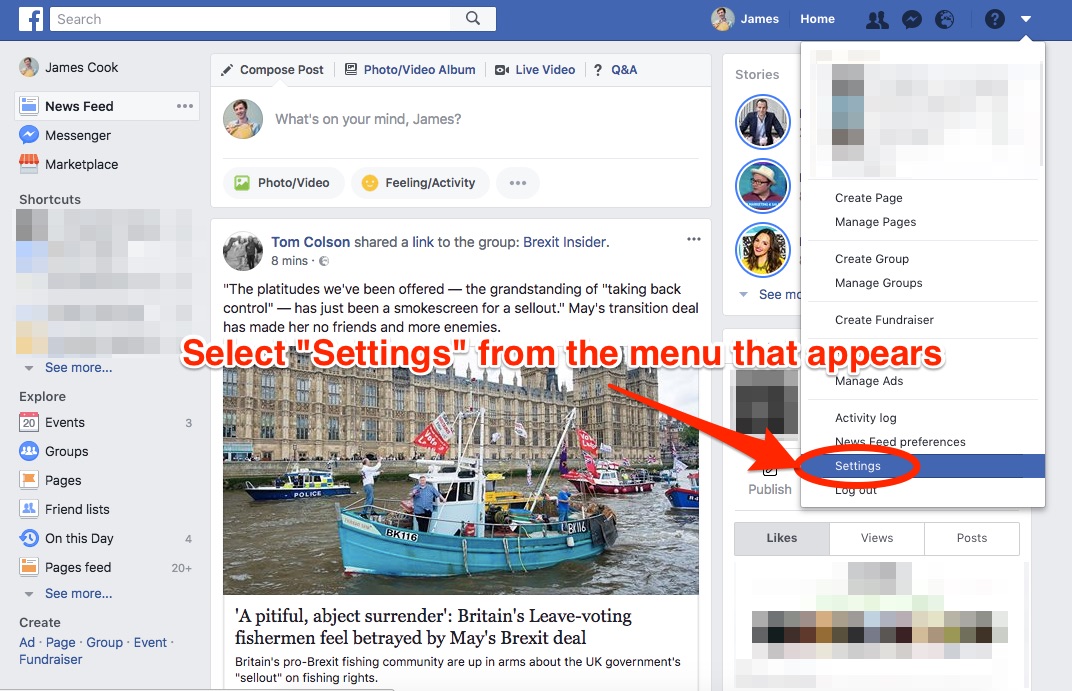 5. Voila! The list of apps tracking me is so long I have to make this zoomed-out view to see them all. 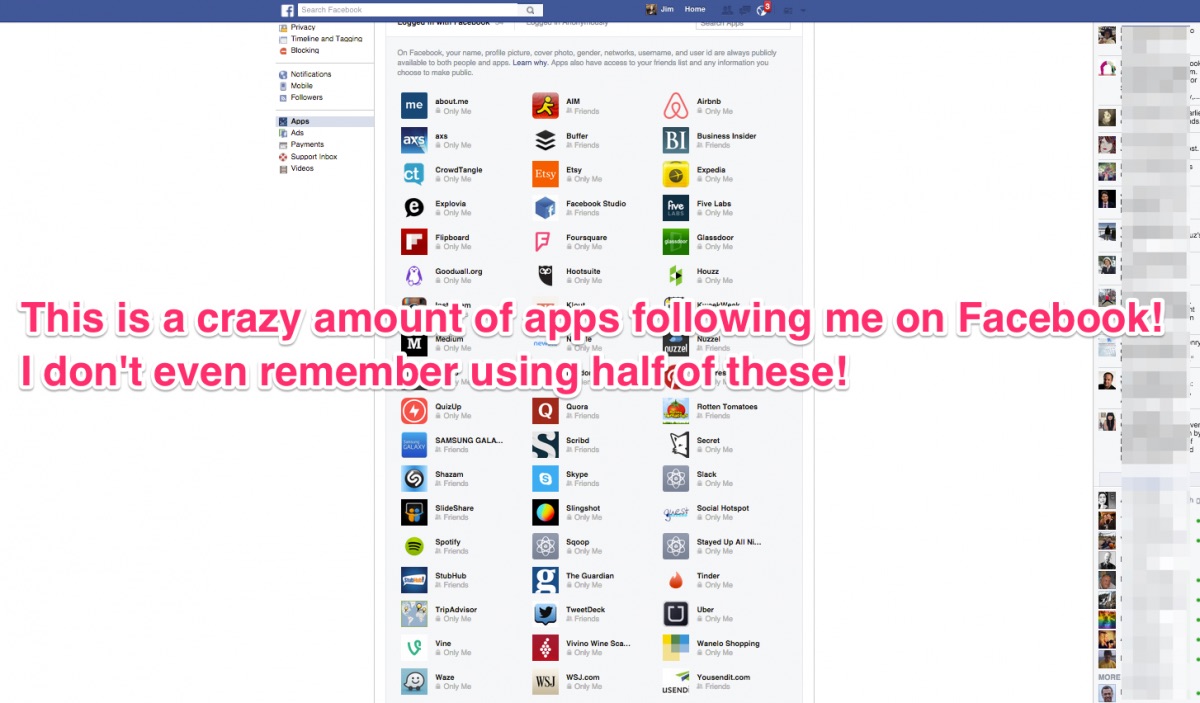 6. Hover your mouse over one of the apps. You have options. You can edit the app's permissions or delete it completely so it can no longer access your Facebook account.

7. TripAdvisor knows my email, my age and — oddly — my work history! I love TripAdvisor. But this feels like a reach.

Review each app to edit its permissions or delete its access to you on Facebook entirely. It's a bit time-consuming – but otherwise you're just giving these people free data.

8. Now scroll down a bit further in the Settings > Apps section. You have more options — we've highlighted the two most important. You can use Facebook to log in and play games anonymously. But we suggest you also click on the "Apps Others Use" section. 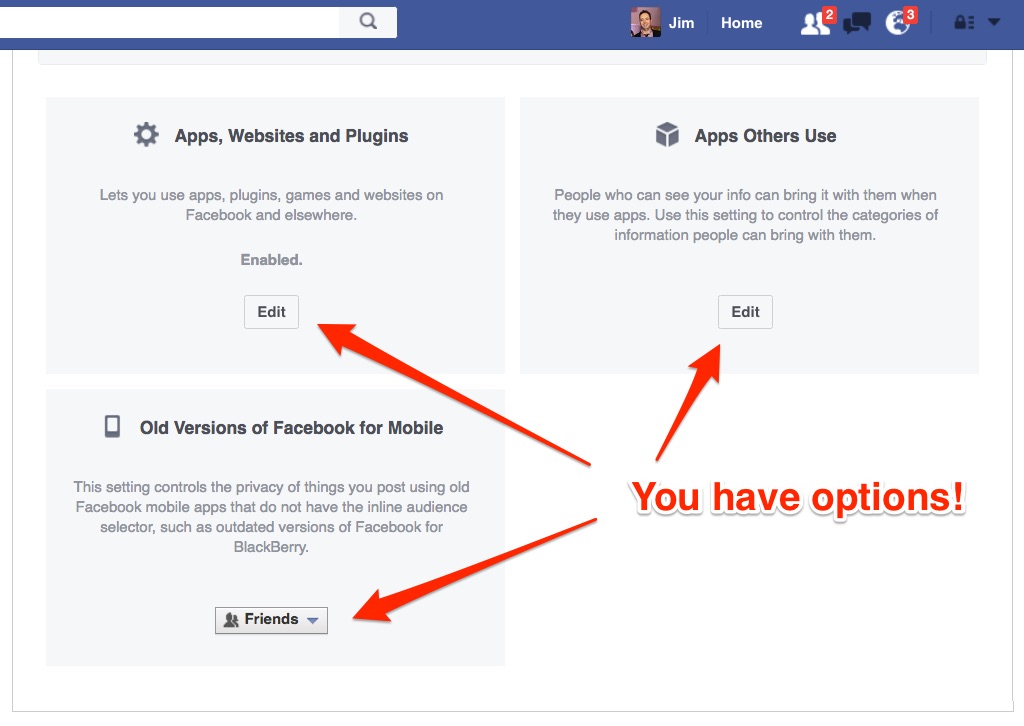 9. Inside "Apps Others Use" you can see all the data you're letting your friends see, and that data is being seen by the apps your friends use!