Scientists in the US have flown directly through an exceedingly rare atmospheric phenomenon known as a 'fire cloud' – and they captured the unique, "otherworldly" moment on camera.

Researchers with NASA and the NOAA were investigating smoke produced by the Williams Flats wildfire in Washington when they seized the opportunity to fly inside the rare 'fire cloud' thunderhead.

These unusual, towering clouds – called pyrocumulonimbus (pyroCb) or sometimes cumulonimbus flammagenitus – are formed when fires lift enough heat and moisture into the atmosphere that it produces a thunderstorm.

"The heating from the fire produces an updraft column and under certain favourable weather conditions, you can build a cloud on that plume," meteorologist David Peterson, lead forecaster for NASA and NOAA's FIREX-AQ smoke research program, told The Seattle Times. 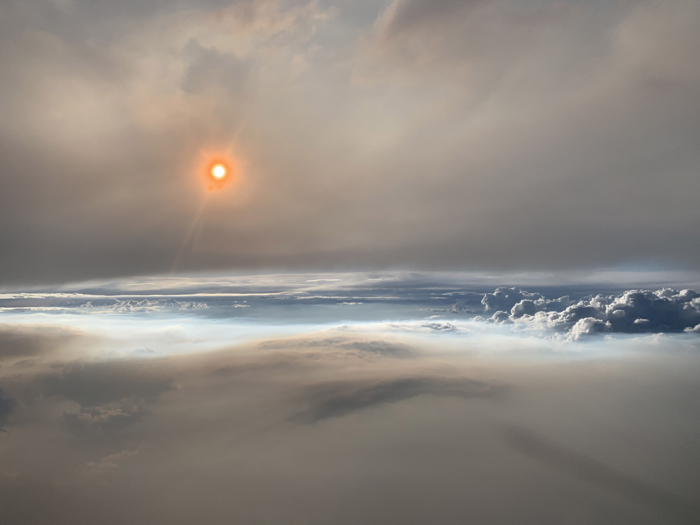 While recent weeks have exposed the US to unusually heightened fire- and storm-prone weather patterns, pyroCb fire clouds like this are infrequent, with the Williams Flats phenomenon thought to have been the first wildfire-fuelled thunderstorm in the continental US this year.

Because of that rarity, the opportunity to get up close and study these unusual clouds is extremely valuable for atmospheric scientists.

The Williams Flats fire – itself thought to be have been started by lightning strikes – began on August 2 of this year, but the FIREX-AQ team got their close-up on August 8, flying onboard NASA's DC–8 research jetliner.

At an altitude of about 9 kilometres (around 30,000 feet), the scientists flew through the fire cloud, which is when the photo above was taken. In the haze of smoke particles, the setting Sun looks orange.

"Very few photographs of large pyroCbs are available, especially from the air." 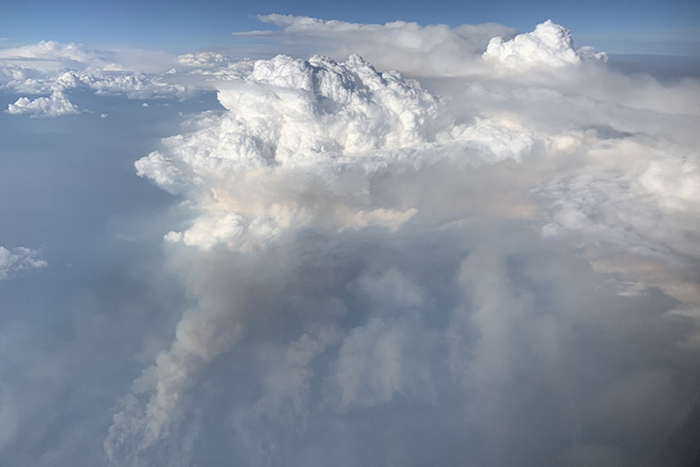 But NASA and NOAA didn't soar through this freak event just to see what it looked like.

The fly-by also gave the researchers the chance to take the most detailed sampling of a pyroCb in history, Peterson says. These measurements will help us to understand the composition and chemistry of these rare fire clouds, which could aid us in helping to prevent wildfires spreading too.

"Being able to measure the smoke emissions from the pyroCb at 25,000 feet gives us the ability to assess how the smoke is transported," atmospheric chemist and FIREX-AQ researcher Rebecca Hornbrook explained to NBC News.

"And to be able to better predict the impact of large fires."

Trending News
An Early Warning Sign of Dementia Risk May Be Keeping You Up at Night, Says New Study Health2 days ago
Experiment Reveals What 1 Hour in Nature Does to The Human Brain Humans2 days ago
The Remains of This Recently Found Ancient Structure Are Even Older Than The Pyramids Humans2 days ago