When Jean-Lou Justine received the first photograph of a giant worm with a head like a shovel, the biologist was astounded.

Hammerhead flatworms, which grow to a foot or more in length, do not belong in European vegetable gardens.

"We do not have that in France," said Justine, a professor at the National Museum of Natural History in Paris.

The predatory worms are native to Asia, where they happily gobble up earthworms under a warmer sun.

The gardener who took the first photo, an amateur naturalist named Pierre Gros, emailed Justine a second picture a week later. It was of a completely different species of giant worm.

When Gros sent a third photograph, of a third species, Justine thought the images must be a prank: "The man is bringing back worms from his travels, and he pretends he finds them in his garden!" 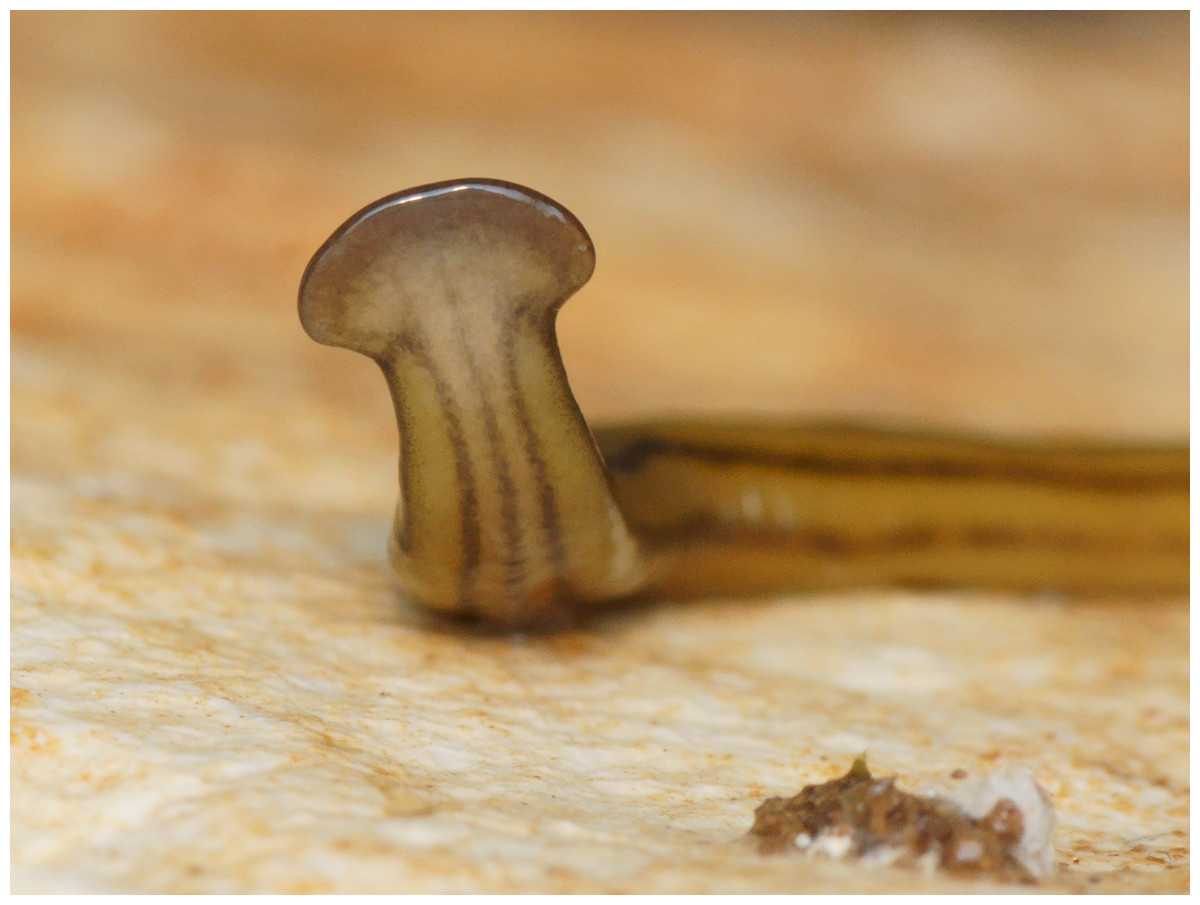 But Gros was neither prankster nor international worm-smuggler.

Gros and Justine, co-authors of a new report published Tuesday in the journal PeerJ, had stumbled upon an alien predator in the soil beneath their feet. For the better part of two decades, several species of flatworm have made a home in metropolitan France.

"The species are cryptic and soil-dwelling so can be easily overlooked, which often explains their inadvertent shipment round the world," said entomologist Archie Murchie of Britain's Agri-Food and Biosciences Institute, who was not involved with the study.

Worms like these are spreading and will continue to spread, he warned, especially "with increased global trade."

Biologists knew that smaller worms, which eat escargot snails, had made their way to France. But until recently, Justine, an expert in parasites and worms called nematodes, had no idea France was under a hammerhead invasion.

In fact, in a study five years ago, he had dismissed the worms as nothing more than exotic greenhouse pests. He's revised his conclusions.

"That was completely erroneous," he said.

Justine and his colleagues put out a call, through local news stations and online solicitations, for images of large worms with broad heads. Photos of leeches, caterpillars, slugs and other invertebrates tubular and sticky flooded his inbox.

Sifting through the pictures, it became apparent that French citizens had known something was amiss in their yards for years. They just had no idea what they were looking at.

The oldest sighting was a home video from 1999, made by a family who kept the VHS tape for so long because the creatures on it were so bizarre. Justine put their mystery to rest: flatworms.

In 2013, a group of terrorized kindergartners claimed they saw a mass of writhing snakes in their play field: Again, flatworms. All told, these citizen scientists made 111 observations of large flatworms between 1999 and 2017.

In a handful of cases, people caught the worms and sent the preserved invertebrates to Justine for examination. He analyzed three species in France, including Bipalium kewense, first described in the British Kew Gardens where it had invaded.

Many sightings were in the south of France, where, Justine hypothesized, the summers are wet and the winters mild enough for the animals to survive, at least in a burrow.

Hammerhead flatworms were also spotted overseas in French territories, including a brilliant blue type of worm that is probably a newly discovered species, he said. 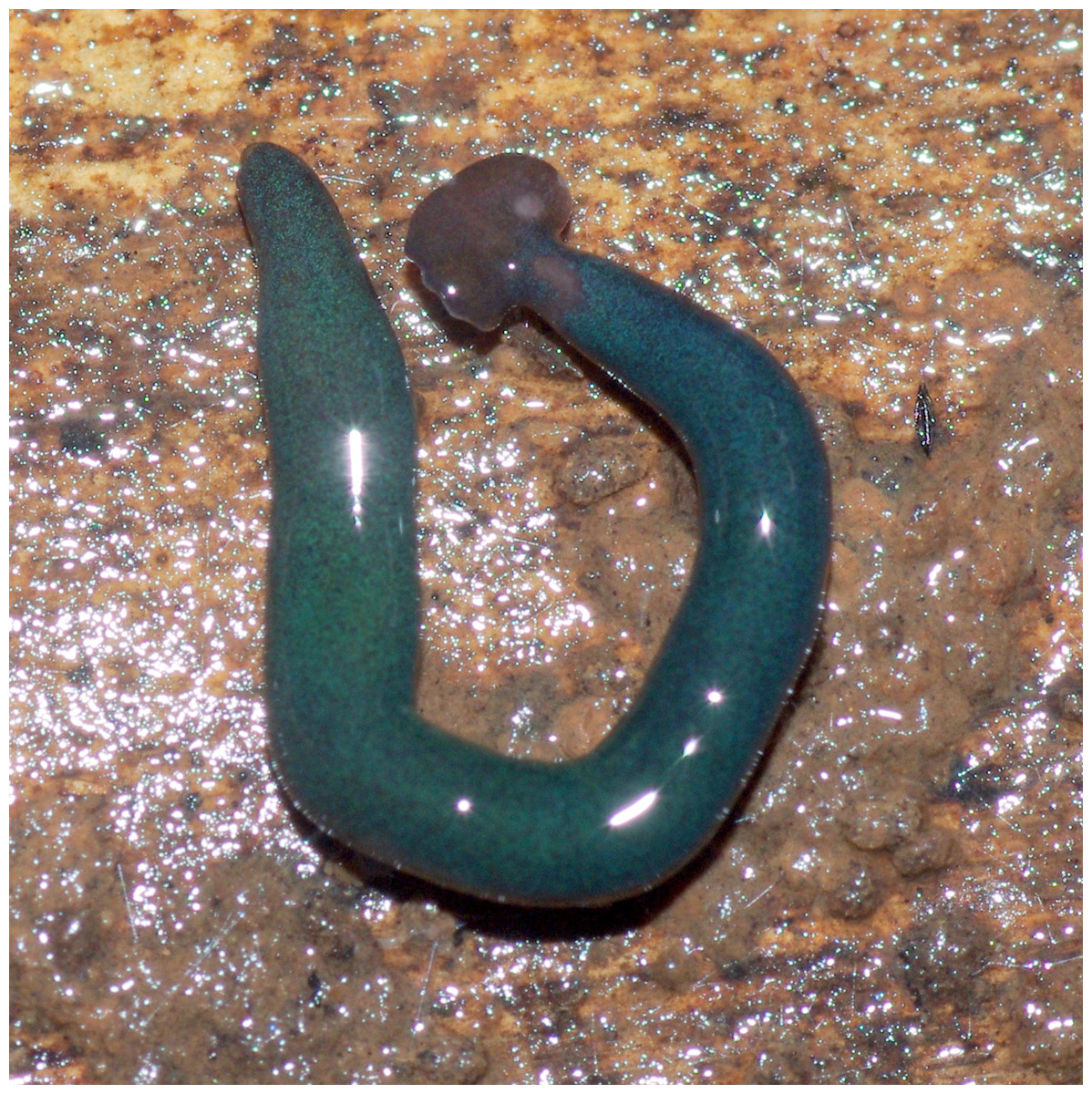 Just as hammerhead sharks cruise through lagoons, hammerhead flatworms hunt through soil. Their soft bodies are chemical factories; they produce small amounts of a substance called tetrodotoxin to immobilize prey. What they lack in physical defenses, they make up in a cocktail of disgusting bodily juices.

A colleague once tried to put a flatworm in his mouth, Justine recounted. The man still describes it as "one of the worst experiences of his life."

But most flatworms do their damage to humans indirectly. Murchie has studied how invasive New Zealand flatworms devour earthworms in Ireland and Scotland, eating so many that yields of agricultural grass in affected areas shrank by about 6 percent.

Smaller flatworms also have invaded Florida, where they, too, feed on earthworms.

It is unclear how the hammerhead flatworms have altered French biodiversity. Justine and the other researchers did not study the soil ecology.

But the creatures are "dangerous predators" to many helpful soil critters, and that's what has biologists worried. 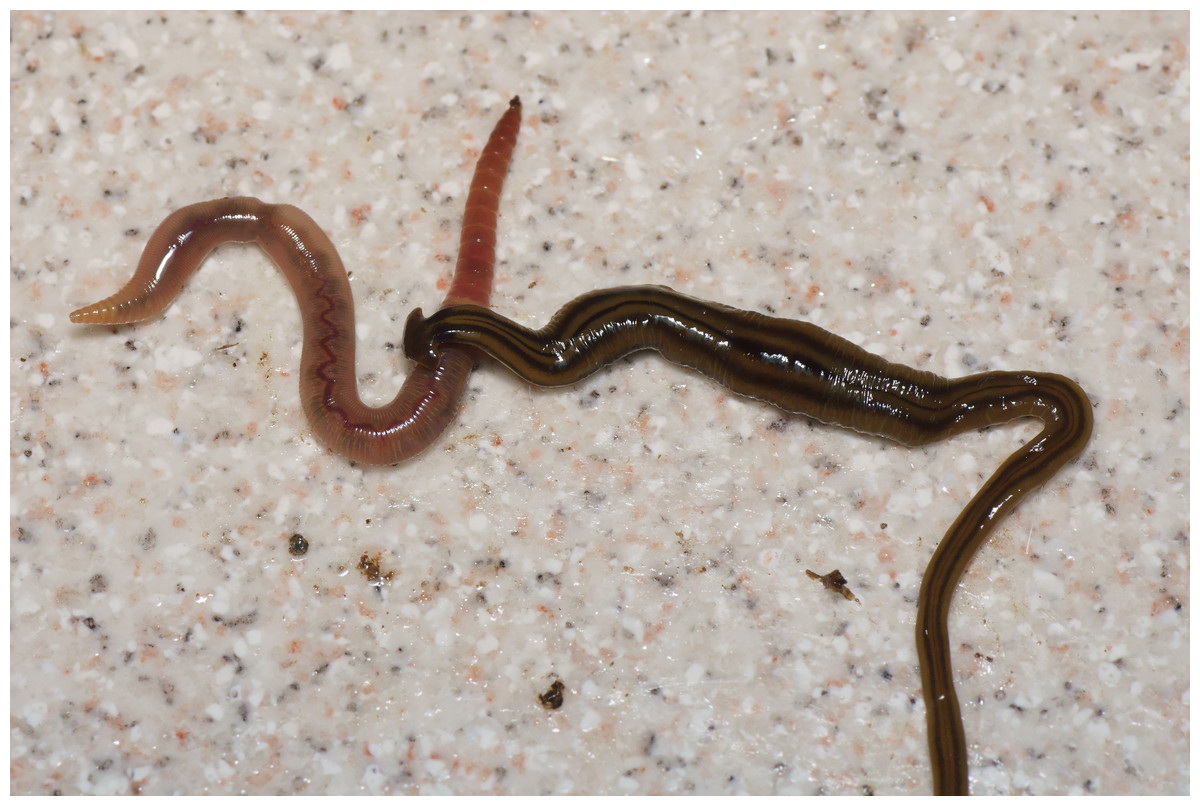 "Invasive flatworms can have a major impact on other soil fauna," Murchie said. "The authors are rightly cautious about the potential impact of the hammerhead flatworms."

What set this discovery of alien flatworms apart, in Justine's eyes, was not just the size of the predators or the duration of the hidden invasion, but where it all happened.

"It is France! It is supposed to be a developed country. We have a lot of scientists, we have universities everywhere," he said. And yet the worms escaped identification until now.

They are there to stay. As Justine noted, "We have scientific proof from citizen scientists that they are infesting gardens year after year after year."