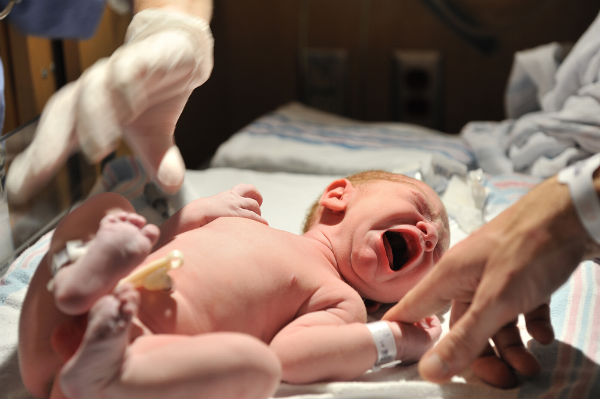 A 36-year-old Swedish woman has received a uterine, or womb, transplant from an unrelated 61-year-old donor, and successfully delivered a healthy baby boy last weekend. While she’s the first in the world to have her child, she's one of seven women who underwent successful womb transplants followed by IVF treatment to fall pregnant as part of a new procedure. The rest of the group are now more than 28 weeks pregnant.

While this particular woman’s donor was not related to her, most of the other six had wombs donated to them by their mothers.

Depending on how the rest of the group’s pregnancies turn out, hospitals around Europe, the US, Australia and China are looking at starting their own womb transplant programs based on this procedure.

"When we have the results of other studies, we will know how effective the procedure is and what the risks are," Mats Brannstrom, professor of obstetrics and gynaecology at the University of Gothenburg in Sweden told Simon Johnson for Reuters.

This is the first viable treatment for women who were born without a womb, or perhaps lost it to cancer, to fall pregnant. According to Johnson, around 200,000 women in Europe suffer from uterine infertility, which the researchers report is "the only major type of female infertility that is still viewed as untreatable". But the proceure is certainly not cheap, costing around 100,000 euros, or US$125,000.

"This is the first type of transplant that is temporary,” Brannstrom told Reuters, explaining that after the pregnancy, the women will have their transplanted wombs removed. This is important, because the drugs the women have to take to prevent rejection by the body’s immune system could be harmful if taken long-term.

While the six other participants in Brannstrom’s study have made it past the 25-week mark in their pregnancies, another two participants had their transplanted wombs removed because their bodies kept rejecting them. Having a womb donated by a relative can help reduce this kind of complication, but there’s still no guarantee on how an individual’s body will react.

Brannstrom and his team at the University of Gothenburg published their findings in The Lancet.