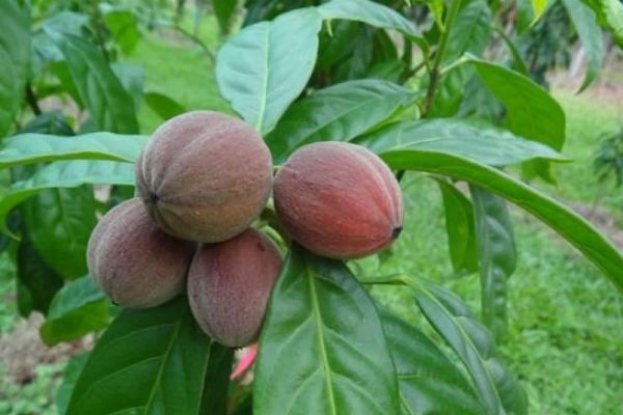 Scientists have discovered that a berry found exclusively in Far North Queensland has amazing cancer-fighting properties. And human trials have already been approved.

Scientists have discovered that a berry found exclusively in Far North Queensland has amazing cancer-fighting properties. And human trials have already been approved.

A team of Australian researchers led by Glen Boyle from the QIMR Berghofer Medical Research Institute in Brisbane, Queensland, has just completed an eight-year study to find that a compound in a berry growing in Far North Queensland can kill face and neck tumours, plus melanomas on the skin.

The berry comes from the blushwood tree (Hylandia dockrillii), which is a rainforest-dwelling variety known for centuries by local indigenous communities as having fast-acting medicinal properties. Now a drug has been manufactured using a compound found in the berry, and it’s so far been used on 300 animals, including cats, dogs, horses, and Tasmanian devils, who were afflicted with different kinds of superficial tumours.

According to Jessica van Vonderen at ABC News, in 75 percent of the 300 animals cases, the tumour disappeared and has so far not come back.

"There's a compound in the seed - it's a very, very complicated process to purify this compound and why it's there in the first place, we don't know,” Boyle told van Vonderen. "The compound works in three ways essentially: it kills the tumour cells directly, it cuts off the blood supply and it also activates the body's own immune system to clean up the mess that's left behind."

One big plus with this new drug, called EBC-46, is that there appears to be no side effects when it’s used to treat cancers, and even better, it’s super-fast at getting results. According to the ABC, once the drug had been directly injected into the site of the tumour, it started taking effect within five minutes. Whole tumours had disappeared in as little as 15 days. They simply fall off the skin. Compare that to drugs on the market now, which usually take several weeks to treat a tumour.

Of course, this wonder-berry happens to grow on a shrub that’s only found in one small part of the world - the Atherton Tablelands in Australia’s Far North Queensland region - and its range is so limited because the blushwood is extremely particular about the conditions under which it will grow. Boyle says that people have been trying to grow the blushwood elsewhere, and have been attempting to set up farms of them, but it’s so far proven very difficult.

Despite that, Boyle and his team have been able to manufacture enough of the EBC-46 drug to begin human trials. He cautions that right now, EBC-46 only appears to work with visible tumours on the surface of the skin, and is not a viable treatment for internal cancers.

The results of the study have been published in the journal PLoS One.