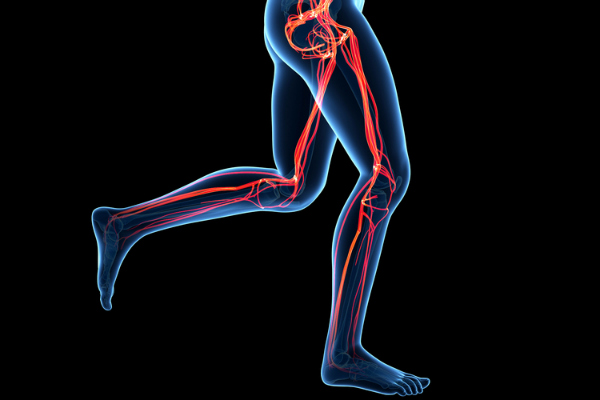 We all know by now that sitting for long periods of time can be deadly - recent research has linked prolonged sitting to high cholesterol, obesity and cardiovascular problems. This is partly because sitting makes the muscles in our bodies become lazy and stop contracting, causing blood to pool in our legs instead of being pumped back to the heart. This causes instant damage to the endothelial function of the arteries, which means that the inner lining of the blood vessels (the endothelium) begin to fail at dilating and contracting.

But new research by scientists from Indiana University in the US suggests we’re not all doomed. By taking three slow, five-minute walks, we can actually reverse the damage to our arteries caused by three hours of sitting down, the study shows.

The researchers investigated this by dividing up 12 non-obese men into two groups - one that sat at a desk for three hours without  moving their legs or feet (like most of us do each day), and another that sat at the desk for three hours but got up and took slow, five-minute walks on a treadmill three times during the period. This second group only walked at 3.2 kilometres an hour (2 miles per hour) at 30 minutes, 1.5 hours and 2.5 hours into the sitting.

After the three hours, the researchers used ultrasound to see what state the inner lining of the femoral arteries of the test subjects were in - the femoral artery is the large artery in the thigh which supplies blood to the leg.

The arteries of the first group of men, who sat for three hours straight, had decreased dilation by an astonishing 50% compared to the start of the experiment. Their rate of blood flow had also dropped.

On the other hand, the group who took three short walks during the study didn’t experience any decrease in artery dilation. Although this experiment involved a small sample size, the results were so striking that they were statistically significant. The results are published in Medicine & Science in Sports & Exercise.

"There is plenty of epidemiological evidence linking sitting time to various chronic diseases and linking breaking sitting time to beneficial cardiovascular effects, but there is very little experimental evidence," said lead author Saurabh Thosar, who is now a researcher with Oregon Health & Science University, in a press release. "We have shown that prolonged sitting impairs endothelial function, which is an early marker of cardiovascular disease, and that breaking sitting time prevents the decline in that function."

While these results will now need to be replicated on a larger scale, the study gives us all hope that by simply setting a reminder to get up and walk for five minutes every hour or so, we might actually be able to reverse some of the damage our modern lifestyle does.

“American adults sit for approximately eight hours a day," said Thosar. "The impairment in endothelial function is significant after just one hour of sitting. It is interesting to see that light physical activity can help in preventing this impairment."