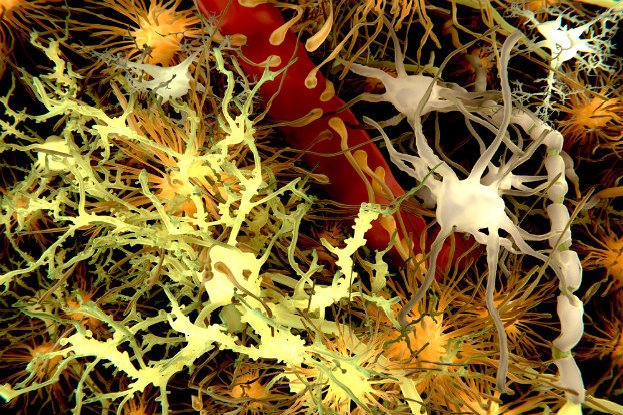 Scientists Have Opened The Blood-Brain Barrier For The First Time

For the first time in humans, researchers have managed to penetrate the brain’s protector, meaning that doctors will be able to deliver drugs to previously inaccessible parts of the brain.

The blood-brain barrier is a network of cells that separates the brain from the rest of the body, preventing harmful toxins and chemicals in the blood stream from entering the brain tissue. This blocking mechanism makes it very difficult to deliver drugs to the brain for the treatment of neurodegenerative disorders and cancer.

This protective barrier has been opened in animals but never in humans, until now. A medical start-up company CarThera in France, have opened and closed the barrier on demand with the help of an ultrasound brain implant and an injection of microbubbles.

The findings were presented last week at the Focused Ultrasound symposium in the US by Michael Canney, a neuroscientist at CarThera. The study involved the treatment of glioblastoma - the most aggressive form of brain cancer -  in four patients. Patients with glioblastoma usually need surgery to remove the tumour, after which they are given chemotherapy drugs to destroy any remaining cancerous cells. The blood-brain barrier becomes leaky when a tumour is present, so a small amount of the drugs are able to enter the brain.

“If more of the chemotherapy drugs could get through, they’d do a better job of killing cancer," Canney told Chris Weller from Medical Daily.

To penetrate the barrier, the surgeons first inserted a tiny ultrasound brain implant into the patients’ skulls. They then injected microbubbles to counter the ultrasound imaging. When the ultrasound’s pulses collided with the bubbles, it caused them to vibrate, pushing apart the cells of the blood-brain barrier. To confirm the observations, an MRI scan showed that the microbubbles were effectively crossing the blood-brain barrier.

"We hope this means the chemotherapy drug is doing the same thing," Canney told Helen Thomson from New Scientist.

The team estimate that the novel approach keeps the barrier open for up to six hours, allowing enough time to deliver high dosages of the drugs.

It has been suggested in animal models that simply opening up the barrier can reduce the protein plaques in an Alzheimer’s patient. Canney and his colleagues will now look at these interactions, and study the role of the immune system in these observations.

"We think we will have a significant effect on these tumours,” Canney told Thompson from New Scientist.