An ultrasound of a man's stomach captured some unwelcome inhabitants - a tangle of parasitic roundworms squirming around, according to a new report.

The 20-year-old man, who lives in New Delhi, went to the emergency room after experiencing abdominal pain, diarrhea and vomiting for a day, according to the report, published Saturday (Nov. 21) in The New England Journal of Medicine. The man had previously been healthy with no known medical conditions.

Tests showed the man had high levels of white blood cells, which can indicate an infection. He also had elevated levels of hemoglobin, a protein in the blood that carries oxygen. This latter result can indicate a number of conditions, from dehydration to blood cancer, according to the Mayo Clinic.

Doctors performed an ultrasound of the inferior vena cava, a large vein near the abdomen, to check fluid levels in his blood vessels. But during this process, they observed a "tubular … structure that moved with a curling motion" inside his stomach, the authors wrote.

Doctors then asked the man for a stool sample, which they examined for parasites. They found that his stool contained eggs from the roundworm Ascaris lumbricoides, a type of intestinal parasite. 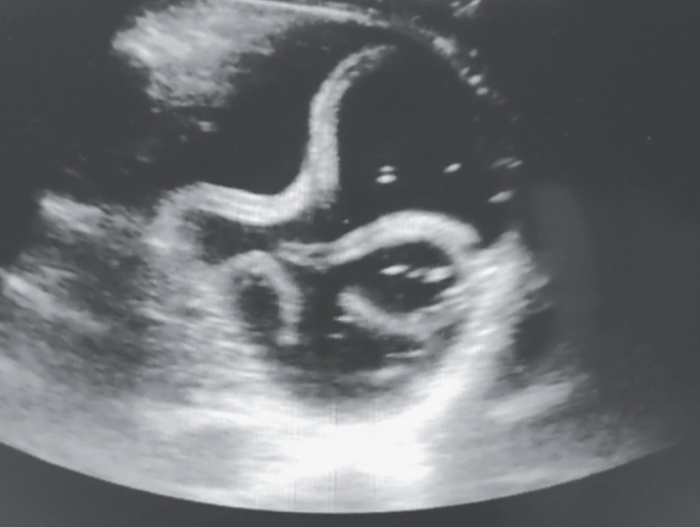 A. lumbricoides is one of the most common human parasitic worms worldwide. An estimated 800 million to 1.2 billion people have A. lumbricoides in their intestinal tracts, according to the Centers for Disease Control and Prevention (CDC). These worms can grow up to 14 inches (35 centimeters) long.

Although relatively rare in the United States, the worm is most often found in tropical and subtropical areas with poor sanitation systems and lack of access to hygiene supplies, the CDC says. The worm is extremely common in India, Live Science previously reported.

People become infected with the worm when they ingest eggs from the parasite, and this can happen when people eat fruits or vegetables that have been grown in contaminated soil, according to the CDC. The disease can be treated with antiparasitic drugs. In this case, the man received an antiparasitic drug called albendazole, and he was released from the hospital after one day. At a follow-up visit two weeks later, the man said he felt well and had passed worms in his stool.

In areas where this worm is common, ways to prevent infection include washing your hands with soap and water before handling food; washing, peeling or cooking raw vegetables before eating them; and avoiding contact with soil that may be contaminated with human feces, the CDC says.