The new species is related to this saber-toothed skull. (pixeldigits/iStock/Getty Images Plus)

Using detailed fossil comparison techniques, scientists have been able to identify a giant new saber-toothed cat species, Machairodus lahayishupup, which would have prowled around the open spaces of North America between 5 and 9 million years ago.

One of the biggest cats ever discovered, M. lahayishupup is estimated in this new study to have a body mass of some 274 kilograms (604 pounds) or so, and possibly even bigger. It's an ancient relative of the well-known Smilodon, the so-called saber-toothed tiger.

A total of seven M. lahayishupup fossil specimens, including upper arms and teeth, were analyzed and compared with other species to identify the new felid, with the fossils collected from museum collections in Oregon, Idaho, Texas, and California. 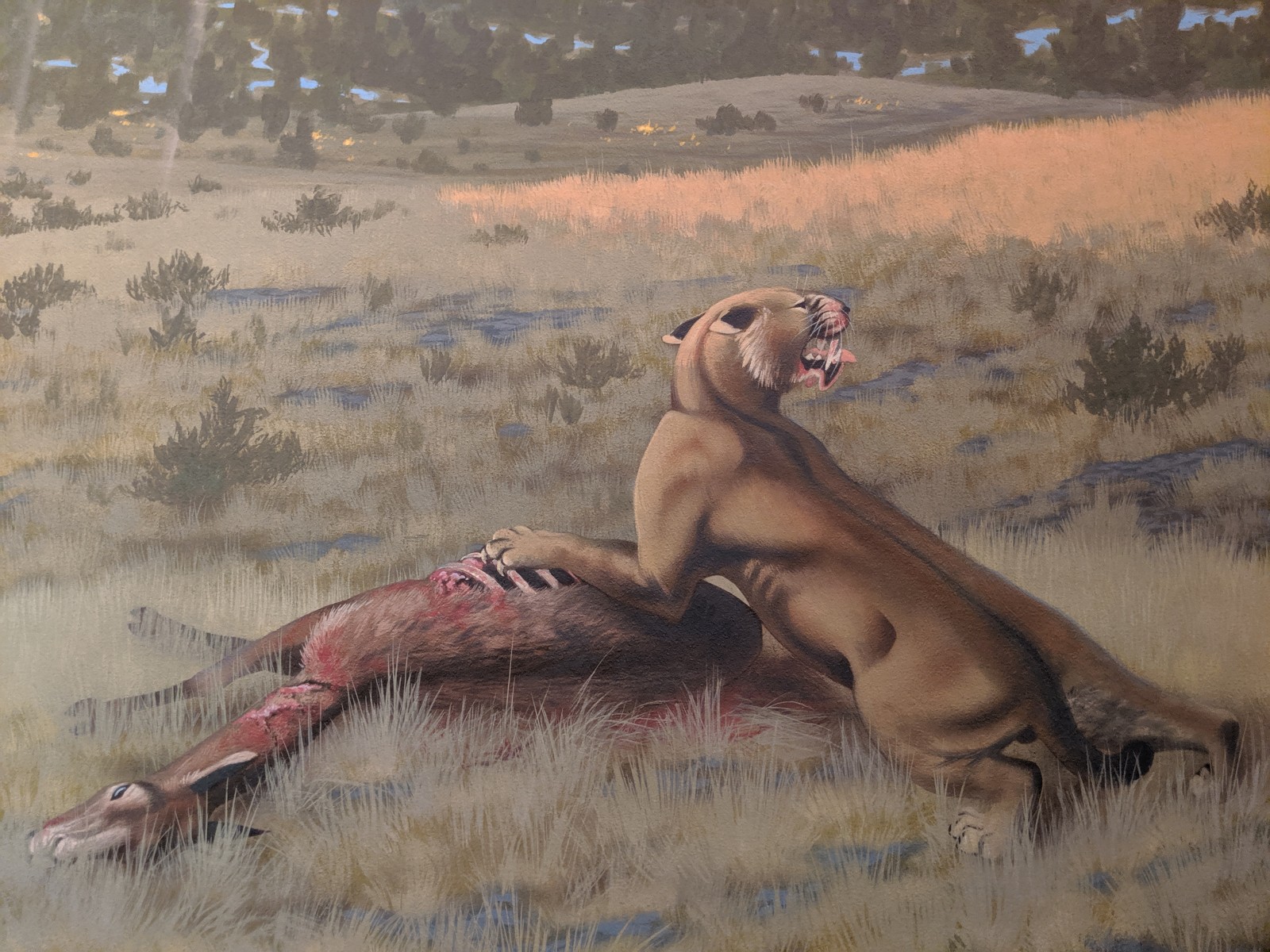 "One of the big stories of all of this is that we ended up uncovering specimen after specimen of this giant cat in museums in western North America," says paleobiologist John Orcutt from Gonzaga University. "They were clearly big cats."

"What we didn't have then, that we have now, is the test of whether the size and anatomy of those bones tells us anything – and it turns out that yes, they do."

The age and size of the fossils gave the researchers a good starting point. Then they used digital images and specialized software to find similarities between the relics – and differences from other cat species, which was just as important.

Points of reference on the specimens showed that they were from the same giant cat and that this cat was a species that hadn't been identified before. Additional evidence came from the teeth, although the researchers admit that the details of how early saber-toothed cats were related to each other is a little "fuzzy".

Upper arms are crucial in these cats for killing prey, and the largest upper arm or humerus fossil discovered in the study was about 1.4 times the size of the same bone in a modern-day lion. That gives you an idea of just how hefty and powerful M. lahayishupup would have been.

"We believe these were animals that were routinely taking down bison-sized animals," says paleontologist Jonathan Calede from Ohio State University. "This was by far the largest cat alive at that time."

Rhinoceroses would have been abundant at the same and may have been animals that M. lahayishupup preyed on, alongside camels and sloths significantly bigger than the ones we're used to today.

While the discoveries made of this new species so far don't include the iconic saber teeth themselves, it's significant that M. lahayishupup has been identified mostly from humerus bones, showing what's possible with the latest analysis software added to many hours of careful study.

Peering back so many millions of years into the past isn't easy, and the researchers say that a more detailed saber-tooth cat family tree is going to be needed to work out exactly where this species fits in. The findings also open up some interesting evolutionary questions about these giant cats.

"It's been known that there were giant cats in Europe, Asia, and Africa, and now we have our own giant saber-toothed cat in North America during this period as well," says Calede.

"There's a very interesting pattern of either repeated independent evolution on every continent of this giant body size in what remains a pretty hyper-specialized way of hunting, or we have this ancestral giant saber-toothed cat that dispersed to all of those continents. It's an interesting paleontological question."

The research has been published in the Journal of Mammalian Evolution.

Trending News
A 17th-Century Aristocrat Had a Crafty Secret For Keeping Her Teeth Humans2 days ago
It Took Doctors 2 Years to Figure Out Why a Woman Couldn't Stop Vomiting Health2 days ago
There's a 'Lost City' Deep in The Ocean, And It's Unlike Anything We've Ever Seen Nature3 days ago