If you really, really want to scrutinise the limits of Einstein's general theory of relativity, there's a unique testing ground you ought to know about, although it's a little out of the way.

The galactic centre – the heart of the Milky Way, some 26,000 light-years from Earth – hosts a supermassive black hole with a mass 4 million times that of the Sun. Now, for the first time, scientists have accurately recorded the orbits of stars around this giant void, and the results suggest Einstein was right all along.

To backtrack a little, before Einstein showed up, Newtonian gravity predicted that astronomical bodies would orbit one another with gravitational forces proportional to their respective mass.

But Einstein's general theory of relativity, introduced to the world in 1915, hypothesised that gravity was more complex than that, being instead due to the curvature of space and time. 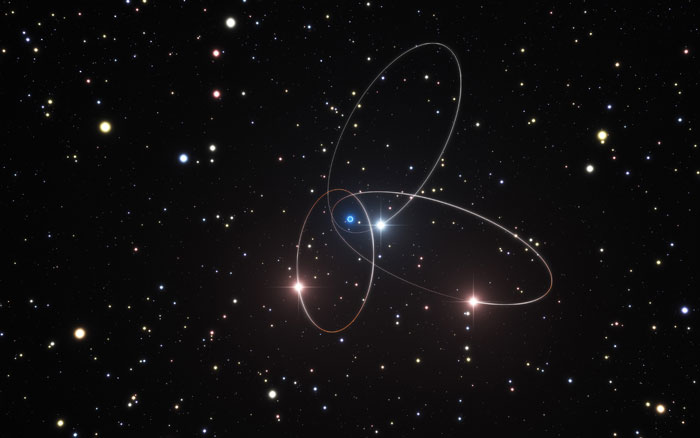 This space-time, Einstein argued, was a fabric that becomes distorted by massive objects like stars and planets, in the same way that a heavy bowling ball would curve the mat of a trampoline supporting it.

This idea helped to explain, among other things, how the orbit of Mercury around the Sun isn't consistent.

But now, just over 100 years after that initial test of general relativity, ESO researchers have investigated whether the theory holds up on an altogether more extreme scale: the site of the most intense gravitational forces in the galaxy, the supermassive black hole at the centre of the Milky Way (aka Sagittarius A*).

Researchers analysed some 20 years of observation data from the ESO's Very Large Telescope (VLT) and other sources to analyse the movements of three stars in orbit around Sagittarius A*, and the motion of one of these – called S2 – doesn't match up with the predictions of Newtonian gravity.

S2 is a 15-solar-mass star that loops around Sagittarius A* in an elliptical orbit that takes almost 16 years to complete.

Once every orbit it passes extremely close to the supermassive black hole –within about 17 light-hours, which is around 120 times the distance between the Sun and the Earth.

That intense proximity ends up affecting the trajectory of S2's orbit around Sagittarius A* – introducing a subtle deviation (seen in the image below) on each loop that can't be reconciled with Newtonian physics, but which does match up with Einstein's general relativity.

"Right now, this is basically a consistency test," one of the team, Andreas Eckart from the University of Cologne in Germany told Gizmodo.

"We probed the data with what we expected from relativity, [and saw] very strong indications here that we got the expected answer."

It's a huge result, but one the researchers admit is only preliminary for now, due to the limited precision afforded by the historical observational data used in the study – and the fact that it's not exactly easy to observe phenomena taking place 26,000 light-years away.

"To test whether or not there's a violation [of general relativity] you need to have a much much better signal to noise ratio," Eckart explained.

Fortunately for us, there's a bright light at the end of the tunnel, and we won't have very long before we get a chance to submit Einstein's thesis to the ultimate challenge. 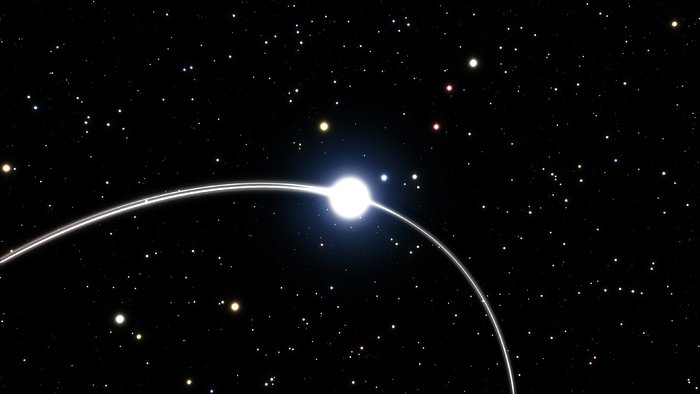 S2 is coming round the mountain so to speak, on final approach to its next closest pass to Sagittarius A*, which scientists will be able to observe in 2018.

This time around, we'll have a better glimpse of the orbital arcs than ever before, thanks to the advanced GRAVITY instrument that will enable the VLT to measure the stars' movement more precisely than what's been possible up until now.

In other words – we have the technology, the stars are aligning, and the stakes have never been higher.

The findings are reported in The Astrophysical Journal.