Black asteroid sample residue on the outside of the collection container. (JAXA)

Black sandy dust found in a capsule brought to Earth by a Japanese space probe is from the distant asteroid Ryugu, scientists confirmed after opening it on Monday.

The discovery comes a week after the Hayabusa-2 probe dropped off its capsule, which entered the atmosphere in a streak of light before landing in the Australian desert and then being transported to Japan.

The Japanese space agency (JAXA) released a picture of a small deposit of sooty material inside the metal box - a first glimpse at the results of an unprecedented six-year mission for the uncrewed probe. 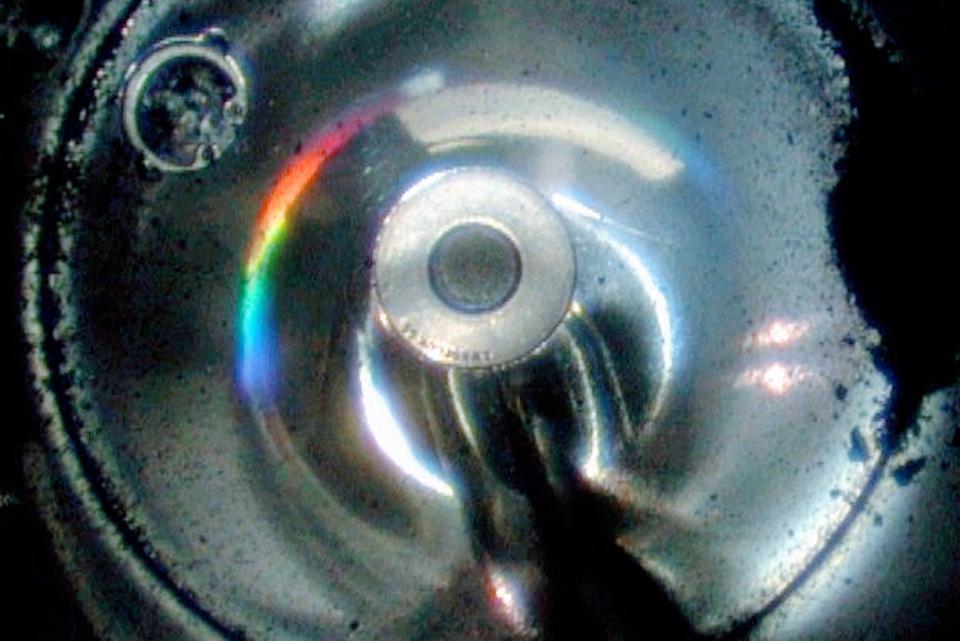 The dust was found in the capsule's outer shell, agency officials said, with more substantial samples expected to be found when they open the inner container, a delicate task.

"JAXA has confirmed that samples derived from the asteroid Ryugu are inside the sample container," the agency said.

"We were able to confirm black, sand-like particles which are believed to be derived from the asteroid Ryugu."

The sample container inside the re-entry capsule was opened on December 14, and we confirmed black grains thought to be from Ryugu were inside. This is outside the main chambers, and likely particles attached to the sample catcher entrance. (English release available tomorrow) https://t.co/NAw1R1cjvy pic.twitter.com/5BfXxfH29h

Hayabusa-2 travelled about 300 million kilometres (200 million miles) from Earth to collect the samples, which scientists hope could help shed light on the origin of life and the formation of the universe.

The probe collected both surface dust and pristine material from below the surface that was stirred up by firing an "impactor" into the asteroid.

"We will continue our work to open the sample-catcher within the sample container. Extraction of the sample and analysis of it will be carried out," JAXA said. 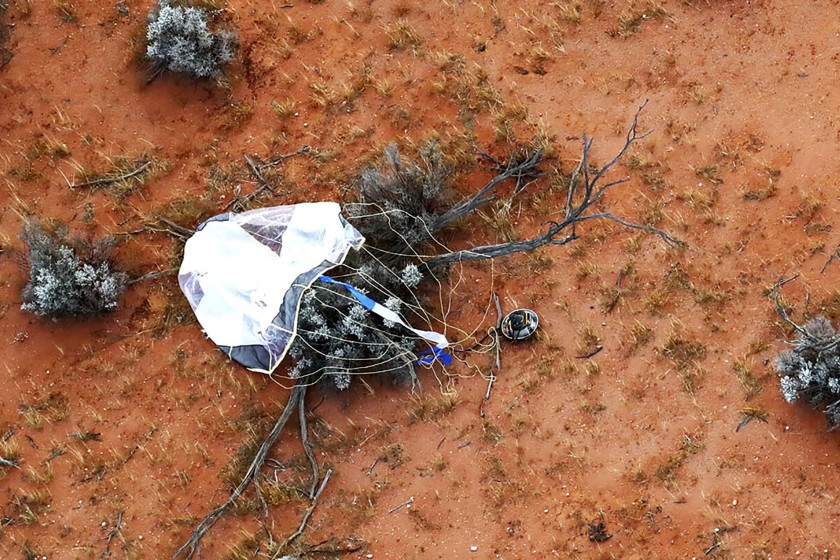 Hayabusa2 probe as it landed in Australia. (JAXA/Twitter)

Half of Hayabusa-2's samples will be shared between JAXA, US space agency NASA and other international organisations, and the rest kept for future study as advances are made in analytic technology.

But work is not over for the probe, which will now begin an extended mission targeting two new asteroids.

Trending News
Astronomers See a Star's Final Scream Into a Black Hole Halfway Across The Universe Space4 days ago
'Holdout Humans': Chilling Glimpse Into Our Future if We Survive Another Million Years Humans4 days ago
A Simple Diet Change Could Slash The Risk of Bowel Cancer in Men, Study Finds Health5 days ago