ThinkGeek has the perfect salve for every Trekkies effort to resist the workplace grind. An official 6-inch bust of Jean-Luc Picard in his notorious, glorious facepalm pose.

There are so many moments in life where a glance toward Picard would be just what you need to take the edge off life's less than stellar moments.

But, here's the bad news. It's a limited edition. Only 1602 people will be able to get their hands on this official merchandise.

Yes, it's a clever number for the Star Trek fans... but that's also millions who will simply never have their favourite Captain around to share their workplace pain. It's too good to be in such limited supply!

From the pictures, the bust looks nicely crafted, with a Star Trek TNG emblem extruded on the base. 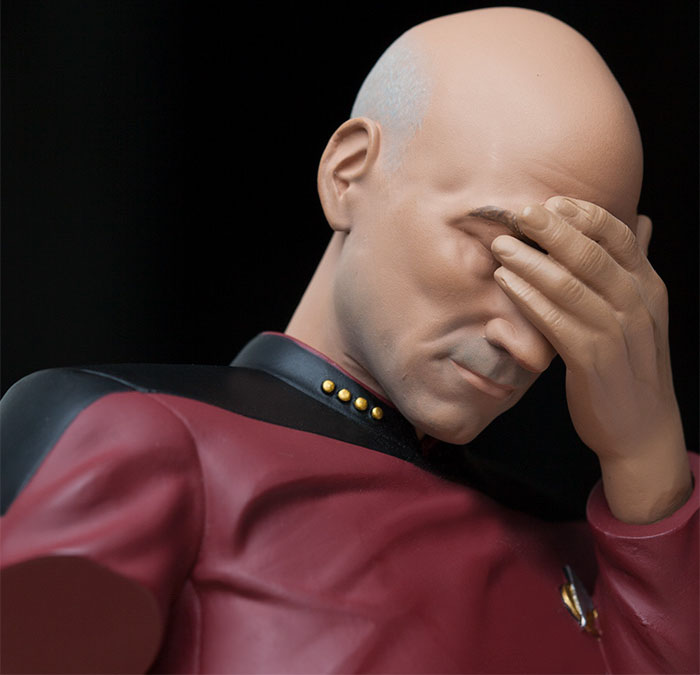 At US$64.99 it's a little more than joke gift territory, but ThinkGeek has limited the bust to two per customer, so they know this thing will sell out fast.

Make it so. Before it's too late.