Within one of the lushest places on our planet, an unobtrusive green plant grows amongst many other... green plants. Although long used by the Indigenous Machiguenga people, the plant's strange mish-mash of characteristics had scientists mystified for 50 years.

"I didn't really think it was special, except for the fact that it had characteristics of plants in several different plant families," said Smithsonian Institution botanist Robin Foster, who initially collected the plant back in 1973.

"Usually I can tell the family by a quick glance, but damned if I could place this one." 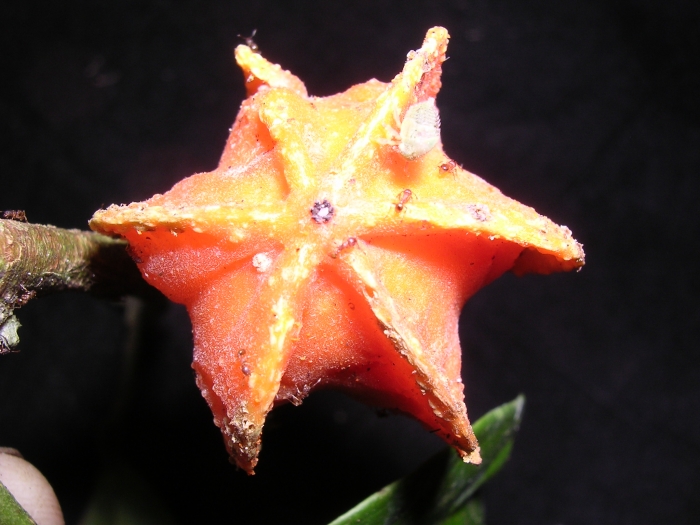 But even this plant's distinctive bounty, which tastes sweet and creamy, was no help in figuring out where on the tree of life this strange species belonged. All the scientists Foster had shown the plant samples to were baffled – they couldn't even work out which plant family it should be part of.

"I tried to get it identified using little fine technical characters like boiling up the ovaries of the flowers and taking pictures of the pollen, and after all that, we still didn't know," Field Museum botanist Nancy Hensold recalled. "It really bugged me."

Initial attempts to analyze the DNA from the dried specimens failed, as the genetic material was too degraded. Luckily, Manu National Park ecologist Patricia Álvarez-Loayza had collected fresher samples.

Genes from the plant's nucleus and chloroplasts (the photosynthesizing organs) finally revealed it belongs to a family of neotropical plants called Picramniaceae.

"My first reaction was, 'What the heck?'" said The New York Botanical Garden curator Wayt Thomas. "These plants didn't look like anything else in the family."

Some of the features of its flowers are similar to another plant, Nothotalisia, also from the Picramniaceae family, growing in the same region, but its fruit and green bits are very different.

That, along with its genetics, support the idea this plant belongs to an entirely different genus, which the researchers have called Aenigmanu, meaning "mystery of Manu".

Thomas and colleagues gave the plant the species name alvareziae, in honor of Álvarez-Loayza and her groundbreaking work in ecology, teaching and conservation.

"Now it is classified in Picramniaceae, we know to look for secondary compounds of potential use as anti-cancer drugs, which are a feature of this family," London's Royal Botanic Gardens taxonomist, Martin Cheek, who was not involved in the study, told The CNN Wire.

As the type of habitat Aenigmanu alvareziae has been found within is rare and disappearing rapidly, and the plant has only been collected from a few sites, the researchers recommend it should be classified as endangered.

"To understand the changes taking place in the tropics, to protect what remains, and to restore areas that have been wiped out, plants are the foundation for everything that lives there and the most important to study."

This research was published in Taxon.