Biologists Find Spectacular Bird That's Both Male And Female, Split Down The Middle

A super rare bird showing both male and female plumage has scientists in Pennsylvania counting their lucky stars.

Split down the middle, with one side flaunting yellow 'wing pits', and the other side rocking a pink underwing, researchers say this spectacular-looking songbird is one for the record books.

While we can't be sure without a blood test or an autopsy, the team says this rose-breasted grosbeak (Pheucticus ludovicianus) is probably the product of a genetic anomaly known as bilateral gynandromorphy, one we've seen in birds before.

Unlike true hermaphroditism, which refers to having both male and female reproductive tissues, gynandromorphs display contrasting sexual characteristics on each side of their body.

In this case, while one side of the rose-breasted grosbeak appears genetically female, the other side shows all the hallmarks of a genetic male.

Even the backs of its wings and tail show crucial sexual differences, with the left side displaying a browner shade and the right side a blacker one. 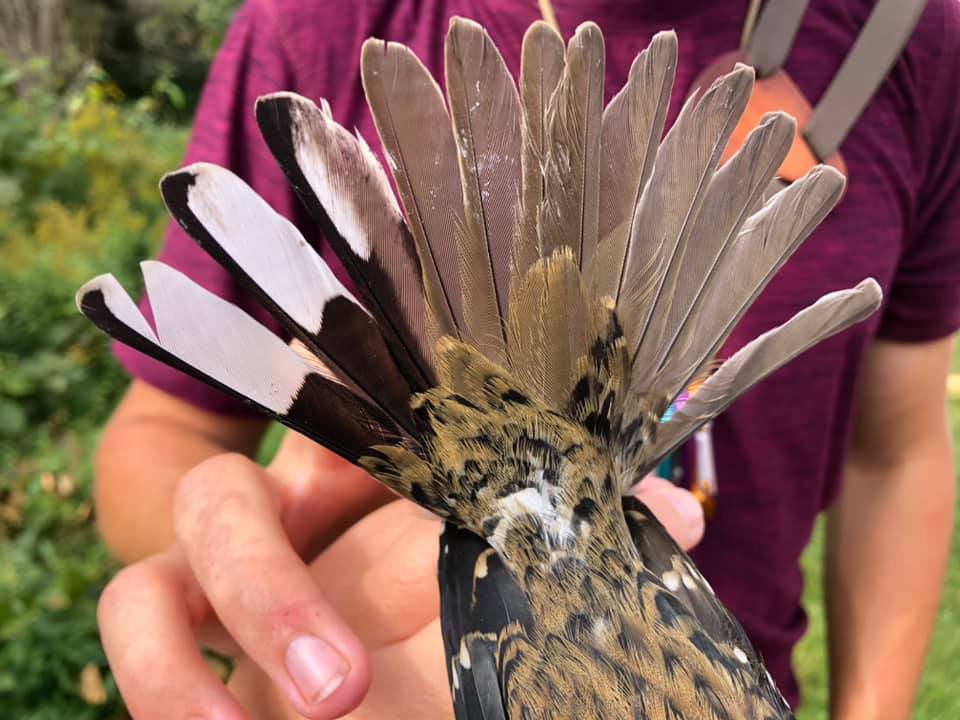 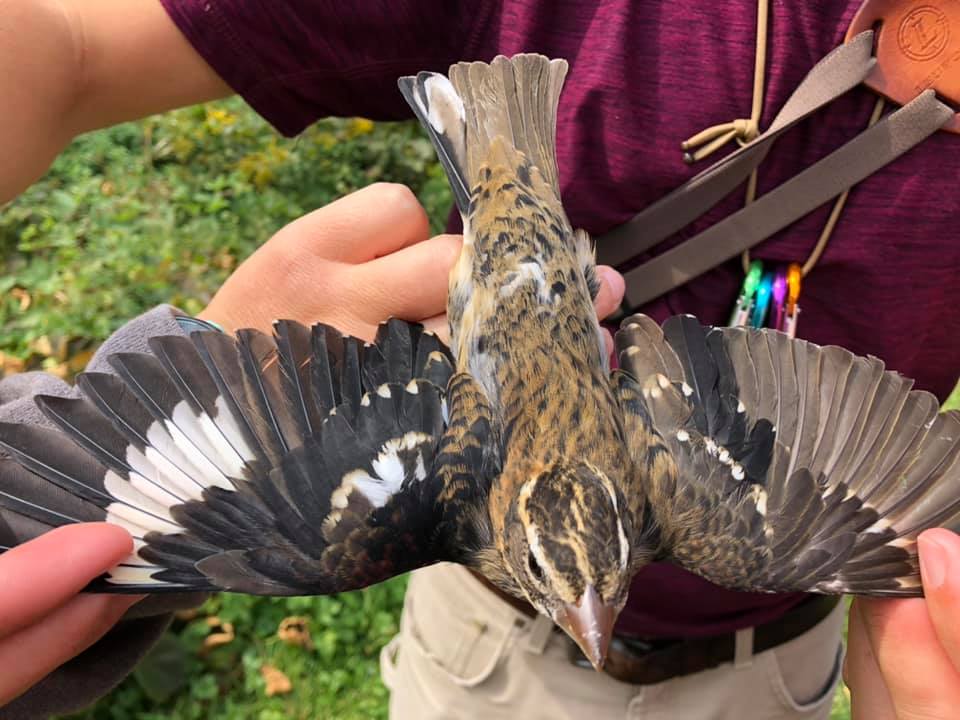 If the bird is anything like other gynandromorphs we've found, this left-right division might go for its insides, too, including its brain and its reproductive organs.

"The entire banding team was very excited to see such a rarity up close, and are riding the high of this once-in-a-lifetime experience," says the program manager Annie Lindsay.

"One of them described it as 'seeing a unicorn' and another described the adrenaline rush of seeing something so remarkable."

Their full database, which includes records of hundreds of thousands of birds, contains fewer than 10 bilateral gynandromorphs.

The last time the nature reserve dished up one of these part-male, part-females, it was actually another rose-breasted grosbeak in 2005, with one pink underwing and one yellow. 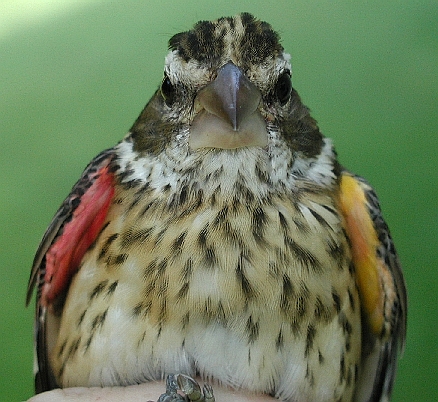 This strange phenomenon has also been reported among reptiles, butterflies and crustaceans, and we're still not really sure how it works.

At first, it was suggested that gynandromorphs were formed from the fusion of two developing embryos, separately fertilised, but now scientists have another idea.

When female birds produce an egg, the cell is meant to discard half its chromosomes in a bag called the 'polar body'. If the egg keeps this body of DNA however, it can form its own nucleus.

If two sperm fertilise an egg with two nuclei rather than one, and these nuclei start dividing separately each side of the offspring's body could theoretically have its own sex, with one side expressing female chromosomes and the other side male chromosomes.

"A popular question in scientific circles is whether this bird has the capability to breed," researchers from PARC wrote in a press statement.

"Since usually only the left ovary is functional in birds, and the left side of this bird is the female side, this bird theoretically could produce young if it successfully mates with a male."

Other half-sider birds with female parts on the right side are usually infertile.

However, even with a potentially functioning ovary, this lovely bird might not be able to mate. Given that grosbeaks are songbirds, and males rely on their music to attract females, it's unclear whether this bird will be able to attract a partner if its song is confusing to other birds.

In 2019, a half-female, half-male cardinal had scientists discussing whether there were enough male neural networks for this bird to sing or even feel the motivation to.

Some gynandromorphic zebra finches are able to sing a masculine song when around a female, but this isn't true of all half-siders.

In 2017, a gynandromorphic eastern towhee (Pipilo erythrophthalmus) was reported singing and feeding fledged young, which suggests offspring are possible in some cases.

What those birds will grow up to look or sing like is another question entirely.