Earth's interior is not a uniform stack of layers. Deep in its thick middle layer lie two colossal blobs of thermo-chemical material.

To this day, scientists still don't know where both of these colossal structures came from or why they have such different heights, but a new set of geodynamic models has landed on a possible answer to the latter mystery.

These hidden reservoirs are located on opposite sides of the world, and judging from the deep propagation of seismic waves, the blob under the African continent is more than twice as high as the one under the Pacific ocean.

After running hundreds of simulations, the authors of the new study think the blob under the African continent is less dense and less stable than its Pacific counterpart, and that's why it's so much taller.

"Our calculations found that the initial volume of the blobs does not affect their height," explains geologist Qian Yuan from Arizona State University.

"The height of the blobs is mostly controlled by how dense they are and the viscosity of the surrounding mantle." 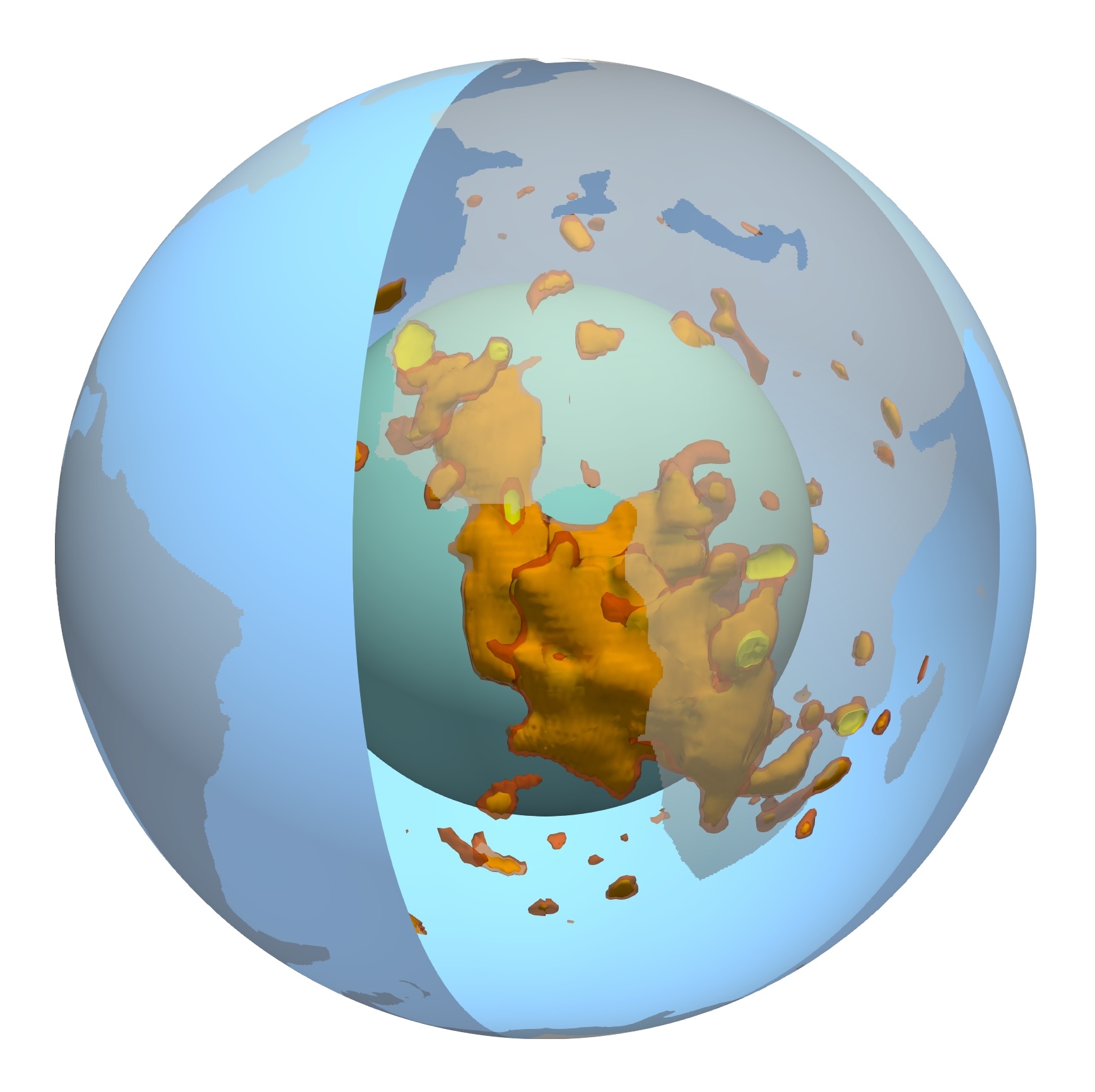 3D view of the blob in Earth's mantle beneath Africa. (Mingming Li/ASU)

One of the principal layers inside Earth is the hot and slightly goopy mess known as the mantle, a layer of silicate rock that sits between our planet's core and its crust. While the mantle is mostly solid, it behaves sort of like tar on longer timescales.

Over time, columns of hot magma rock gradually rise through the mantle and are thought to contribute to volcanic activity on the planet's surface.

Understanding what's going on in the mantle is thus an important endeavor in geology.

The Pacific and African blobs were first discovered in the 1980s. In scientific terms, these 'superplumes' are known as large low-shear-velocity provinces (LLSVPs).

This vast height difference suggests both of these blobs have different compositions. How this impacts the surrounding mantle, however, is unclear.

Perhaps the less stable nature of the African pile, for instance, can explain why there is such intense volcanism in some regions of the continent. It could also impact the movement of tectonic plates, which float on the mantle.

Other seismic models have found the African LLSVP stretches up to 1,500 kilometers above the outer core, whereas the Pacific LLSVP reaches 800 kilometers high at max.

In lab experiments that seek to replicate Earth's interior, both the African and Pacific piles appear to oscillate up and down through the mantle.

The authors of the current study say this supports their interpretation that the African LLSVP is probably unstable, and the same could go for the Pacific LLSVP, although their models didn't show this.

The different compositions of the Pacific and African LLSVPs could also be explained by their origins. Scientists still don't know where these blobs came from, but there are two main theories.

One is that the piles are made from subducted tectonic plates, which slip into the mantle, are super-heated and gradually fall downwards, contributing to the blob.

Another theory is that the blobs are remnants of the ancient collision between Earth and the protoplanet Thea, which gave us our Moon.

The theories are not mutually exclusive, either. For instance, perhaps Thea contributed more to one blob; this could be part of the reason why they look so different today.

"Our combination of the analysis of seismic results and the geodynamic modeling provides new insights on the nature of the Earth's largest structures in the deep interior and their interaction with the surrounding mantle," says Yuan.

"This work has far-reaching implications for scientists trying to understand the present-day status and the evolution of the deep mantle structure, and the nature of mantle convection."