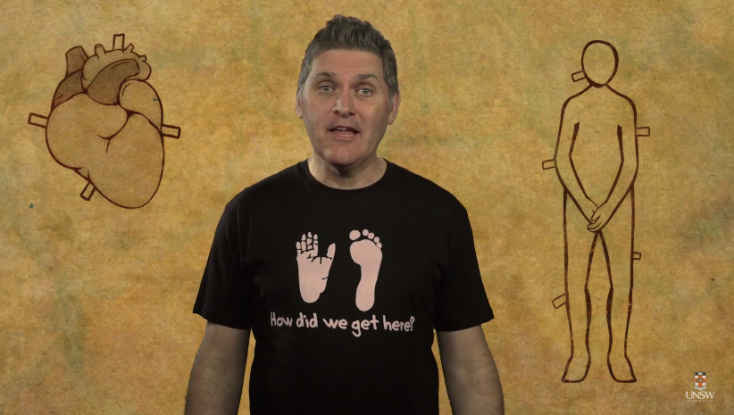 WATCH: Why Have Humans Evolved Such Large Penises?

The penis is probably the one organ of the human body that's caused males the most angst - is it big enough? Does it work properly? While scientists recently found that the average size of a male erect penis is around 13.12 cm (5.16 inches), it still doesn't answer the age-old question of how small is too small. But, as the latest episode of the University of New South Wales (UNSW)'s 'How Did We Get Here?' series explains, size is actually not such a huge deal anyway.

In fact, host of the series, UNSW Science evolutionary biologist Darren Curnoe, explains that compared to our great ape cousins, our penises are actually pretty giant.

So why have our penises evolved the way they have? Scientists still aren't sure, but we know that the size of a male's testicles are a reflection of the way a species is organised socially. For example, chimpanzees have large testicles - much larger, comparatively, than ours - because there's a lot of sperm competition between males.

But gorillas, on the other hand, live in a harem, so each silverback has exclusive reproductive access to females, and only needs small testicles. And the differences don't end there - chimps even have spikes on their penises, presumably in order to injure a female when mating with her to put her out of action for other males.

So why does ours look the way it does? Watch the episode above to find out, and don't forget to subscribe to UNSW TV to get the new episodes as they go live. Rest assured that if you're not feeling, ahem, cocky about your package right now, you definitely will by the end of the episode.

Love science? Find out more about the world-leading research happening at UNSW Science.