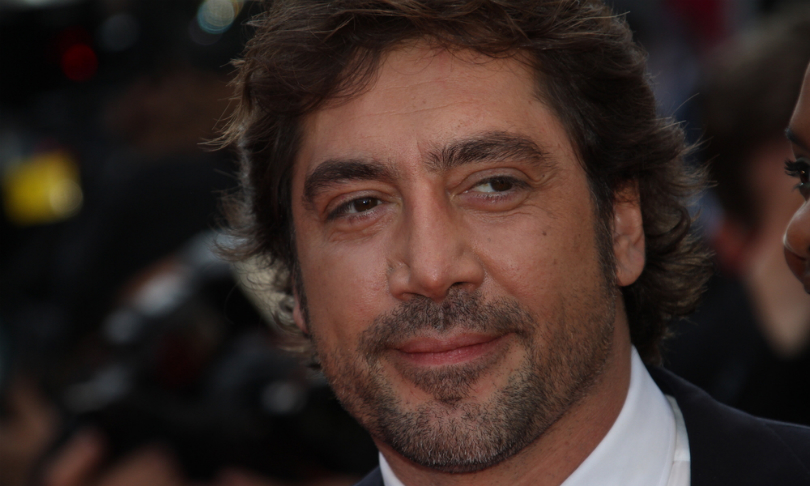 Studying sex differences seldom gets boring. While the origins of differences in behaviour and cognition remain fiercely - and quite rightly - disputed, we don’t sweat quite as much about why women and men differ in size and strength. The Darwinian process of sexual selection, in which genes that improve an individual’s reproductive success get inherited by the fruits of that reproduction, does a good job explaining sexual dimorphism (male-female differences) in these traits.

For most of our evolutionary past, bigger men fended off rivals for female attention and out-competed other men to secure status and resources that made them useful contributors to a family. These advantages offset the energetic costs and higher disease risk of building a bigger body. But what of other manly features? What use is masculine hairiness? Or those features that tend to distinguish male from female faces.

Like many other traits, from height to interest in the affairs of the sisters Kardashian, facial features differ between women and men, on average, but there is much overlap between the sexes. Using just the distances between ‘landmark’ features, the differences between masculine and feminine faces come down to complex multivariate vectors, but features like brow prominence, chin size and lip thickness play a big part.

Women and men both rate female faces bearing typically feminine features as more attractive than female faces with more masculine combinations of traits. Which might explain why Miranda Kerr’s full-lipped, round-faced, small-chinned visage seems to be everywhere these days.

So it would be reasonable to predict that lantern-jawed, Neanderthal-browed men at the far-masculine end of the facial distribution would be sought-after by women. But reality is far more varied and interesting.

Women don’t usually find masculine faces more attractive than more feminine male faces. For every Javier Bardem or Josh Brolin, there’s an Orlando Bloom or Zac Efron down the girly end of the man-tinuum. More studies report an overall preference for ‘feminine’ male faces than for ‘masculine’ ones.

The prevailing view in evolutionary psychology is that highly masculine men make great sperm donors but not necessarily awesome partners and fathers. First the downside: highly masculine men are less committed as fathers and partners, less cooperative, more sensation-seeking in outlook and more likely to seek short-term sexual encounters than less-masculine looking men. These downsides of pairing with a masculine man are thought to result from testosterone’s effects on behaviour.

While low-T, less-masculine guys might make better long-term partners, there might be benefits of a fleeting attraction, at peak fertility, to manly men if they are more likely to sire genetically well-endowed kids. It’s an idea bolstered by the findings that women living in countries with lots of disease prefer faces of more masculine-looking men. As do women primed with images of body fluids, skin lesions and other cues of disease. Developing highly masculine features takes plenty of testosterone, an immunosuppressing hormone. Which means only those with the best immune genes can afford to be taxed with high-T levels in puberty. Or so the story goes.

This is one of those ideas with prurient appeal, but patchy evidence. It’s morphing into what my UNSW colleague Angela Moles calls a ‘Zombie Idea’: compelling and considered self-evidently true by many, but not actually that well supported. Every link, from the attractiveness of masculine facial features to the immunosuppressive nature of testosterone to the claim that masculine-looking men have good immunity genes is contested. We don’t know how big the genetic benefits to children might be, much less whether they can offset the costs to a woman of mating with a highly masculine man.

Only with new kinds of evidence can this complex question be more rigorously tested. And such new evidence has emerged, in the form of a paper in Psychological Science by Anthony J. Lee, Brendan Zietsch* and collaborators.

From an exhaustive suite of measures taken from photographs of teenaged identical and non-identical twins and their non-twin siblings, Lee dissected the extent to which variation in facial masculinity-femininity is due to genetic variation. Interestingly, around half the variation in both male and female facial masculinity could be attributed to additive genetic variation. This is the kind of variation on which the idea of “gene shopping” for genetically superior mates depends.

The extensive genetic variation in masculinity makes more plausible the idea that choosing to mate with a masculine man can result in more attractive offspring. But the genes that made a male face more masculine did not make it more attractive. Worse, these same genes made female faces more masculine and thus less attractive. Families that make manly-looking sons tend also to make masculine-looking daughters.

Overall, this paper deals a substantial blow to the idea that masculine men make good genetic sires. Of course, the genes that confer masculinity on both sons and daughters might have other positive effects, including but not limited to improved immunity. That remains to be assessed, hopefully with the same kind of quantitative genetic evidence.

So, why the manly face?

The evidence that masculine faces predict other testosterone-dependent traits typically associated with men suggests the strong action of sexual selection, but the evidence that female mate choice drives that sexual selection is far from settled. Perhaps masculine looks, like size, are more about signalling to other men. It would be better, for the average dude, not to mess with a manly looking man in a tussle or a fight in just the same way he’d avoid a tall, muscular opponent.

Women’s varied and subtle preferences for masculine looks might be a response to the upside of having a mate who is competitive and intimidating toward other men. Some collaborators and I have shown that those countries where disease is rife and women prefer more masculine men are also characterised by high income inequality - a driver of man-on-man competition and violence. Manly, competitive men might have been better providers and defenders throughout a history more violent and competitive that suburban life is today.

Much about the variable preference for manliness and for bad boys remains to be explained. Much, I fear, might be inexplicable. Like the Tumblr “Hot and Busted” of good-looking arrest mugshots. Or the FreeJahar teens who profess to love the alleged Boston Bomber. But none of it is boring.

* Disclosure: I have collaborated with Lee and Zietsch on studies of attractiveness unrelated to this new paper.

Rob Brooks does not work for, consult to, own shares in or receive funding from any company or organisation that would benefit from this article, and has no relevant affiliations.

This article was originally published at The Conversation. Read the original article.