According to a press release from the local government, the female baby mammoth has been named Nun cho ga by the First Nation Tr'ondëk Hwëch'in elders, which translates to "big baby animal" in the Hän language.

Nun cho ga is the most complete mummified mammoth discovered in North America.

Nun cho ga died and was frozen in permafrost during the ice age, over 30,000 years old, said the press release. She would have roamed the Yukon alongside wild horses, cave lions, and giant steppe bison. 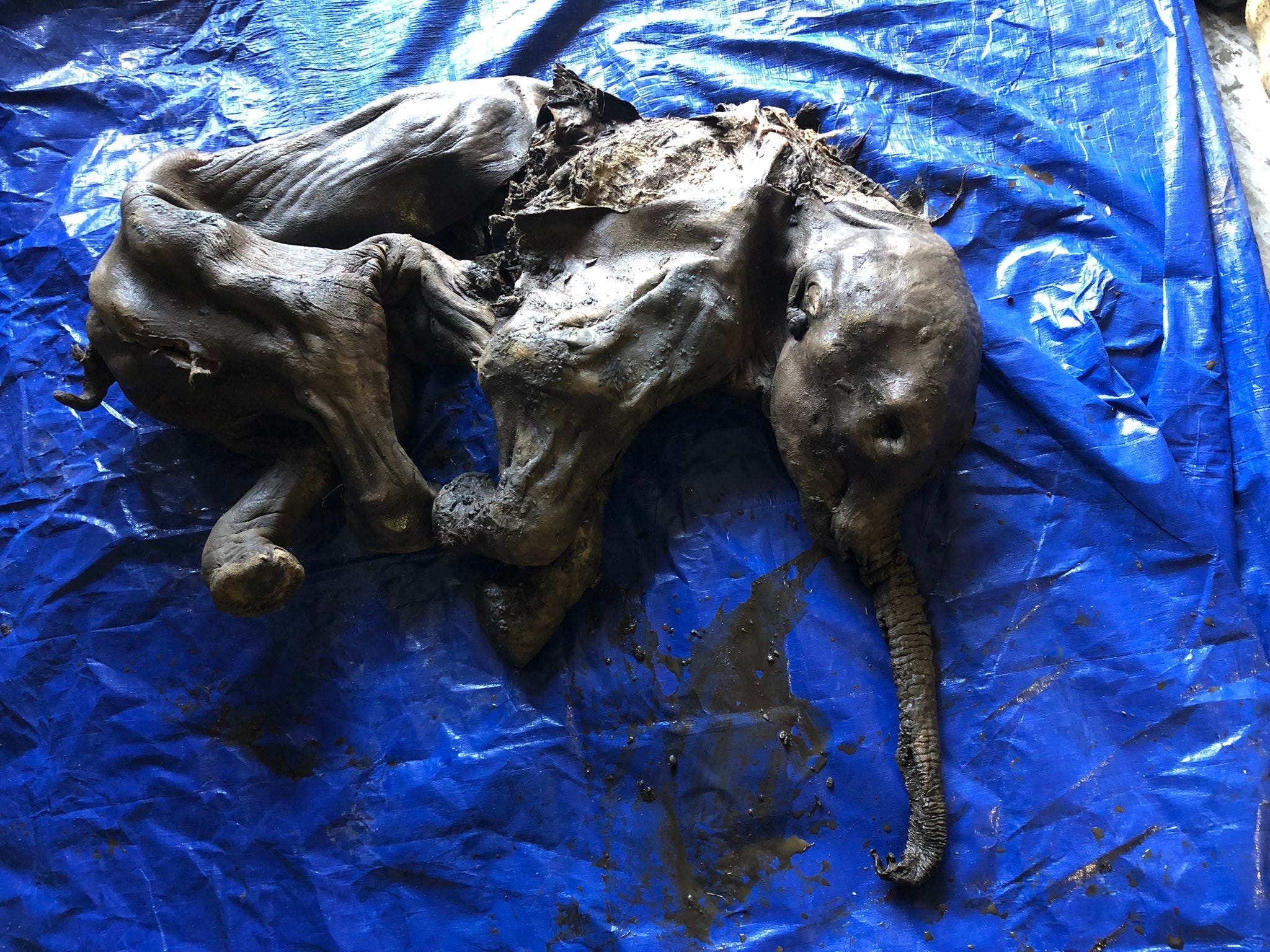 The frozen mammoth was recovered by geologists after a young miner in the Klondike gold fields found the remains while digging up muck.

Dr. Grant Zazula, the Yukon government's paleontologist, said the miner had made the "most important discovery in paleontology in North America," reported The Weather Channel.

The baby mammoth was probably with her mother when it but ventured off a little too far and got stuck in the mud, Zazula told The Weather Channel.

Being part of the recovery of Nun cho ga, the baby woolly mammoth found in the permafrost in the Klondike this week (on Solstice and Indigenous Peoples' Day!), was the most exciting scientific thing I have ever been part of, bar none. https://t.co/WnGoSo8hPk pic.twitter.com/JLD0isNk8Y

Professor Dan Shugar, from the University of Calgary, part of the team who excavated the woolly mammoth, said that this discovery was the "most exciting scientific thing I have ever been part of."

He described how immaculately the mammoth had been preserved, saying that it still had intact toenails, hide, hair, trunk, and even intestines, with its last meal of grass still present.

According to the press release, Yukon is renowned for its store of ice age fossils, but rarely are such immaculate and well-preserved finds discovered. Zazula wrote in the press release that "As an ice age paleontologist, it has been one of my lifelong dreams to come face to face with a real woolly mammoth.

"That dream came true today. Nun cho ga is beautiful and one of the most incredible mummified ice age animals ever discovered in the world."

The woolly mammoth, about the size of the African elephant, roamed the earth until about 4,000 years ago. Early humans, hunted them for food and used mammoth bones and tusks for art, tools, and dwellings. Scientists are divided as to whether hunting or climate change drove them into extinction.

More from Business Insider:
Trending News
Six Minutes of Intense Exercise Boosts a Crucial Molecule in Your Brain Health4 days ago
Scientists Have Built a Macroscopic Tractor Beam Using Laser Light Physics4 days ago
Some People's Brains Are Wrinklier Than Others, And Now We Know Why Health4 days ago