The sword found on the seabed. (Shlomi Katzin)

Fish swimming off the Carmel coast in western Israel may have been alarmed last Saturday to spot a scuba diver kicking through the water with a large, barnacle-encrusted sword in hand.

The diver — a hobbyist named Shlomi Katzin — had just discovered a trove of 900-year-old artifacts on the Mediterranean Sea bed, apparently dating to the region's bloody crusader period, the Israel Antiquities Authority (IAA) said in a statement on Monday (Oct. 18).

The sword, which was "encrusted with marine organisms," is believed to be made of iron and measures approximately 3.3 feet (1 meter) long, with a hilt measuring an additional 1 foot (30 centimeters) in length, according to the IAA.

The sword, as diver Katzin found it. (Shlomi Katzin)

"The sword, which has been preserved in perfect condition, is a beautiful and rare find and evidently belonged to a Crusader knight," Nir Distelfeld, Inspector for the Israel Antiquities Authority's Robbery Prevention Unit, said in the statement.

"It is exciting to encounter such a personal object, taking you 900 years back in time to a different era, with knights, armor and swords."

Near the site where the sword was discovered, Katzin also stumbled upon an assortment of stone and metal anchors, as well as fragments of pottery.

Previous archaeological finds in the area suggest that the cove was used as a natural anchorage for ships seeking shelter and has been in use since the Late Bronze Age, at least 4,000 years ago, according to the IAA.

While many artifacts line the seabed, the constant movement of water and sand throughout the Mediterranean means discoveries like these ultimately come down to luck.

"Even the smallest storm moves the sand and reveals areas on the sea bed, meanwhile burying others," said Kobi Sharvit, Director of the IAA Marine Archaeology Unit.

"It is therefore vitally important to report any such finds and we always try to document them in situ, in order to retrieve as much archaeological data as possible." 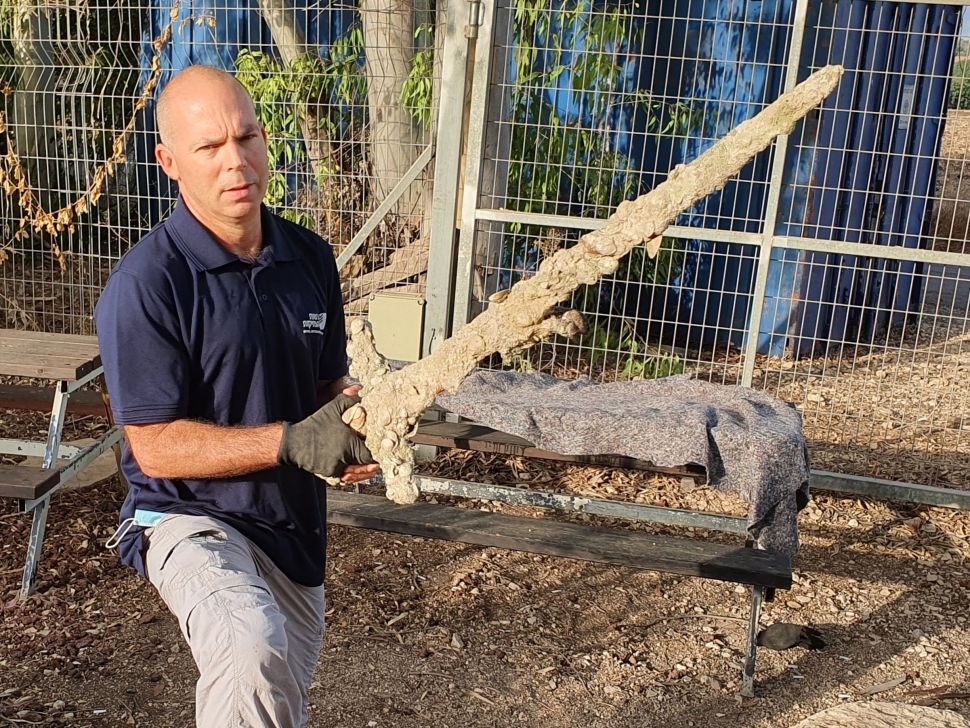 Katzin was awarded a certificate for bringing the find to the IAA's attention (and for not adding the medieval blade to his personal trophy shelf). The sword will go on public display following a thorough study, the IAA said.

The Crusades lasted from roughly 1095 to 1291. During this time, many European knights traveled to the Holy Land on a church-sanctioned quest to reclaim the area from Muslim rulers. Grisly archaeological finds from the period are regularly uncovered throughout the Middle East.

Cracking codices: 10 of the most mysterious ancient manuscripts