Some days, you might feel like a pretty substantial person. Maybe you have a lot of friends, or an important job, or a really big car.

But it might humble you to know that all of those things – your friends, your office, your really big car, you yourself, and even everything in this incredible, vast Universe – are almost entirely, 99.9999999 percent empty space.

Here's the deal. As I previously wrote in a story for the particle physics publication Symmetry, the size of an atom is governed by the average location of its electrons: how much space there is between the nucleus and the atom's amorphous outer shell.

Nuclei are around 100,000 times smaller than the atoms they're housed in.

If the nucleus were the size of a peanut, the atom would be about the size of a baseball stadium. If we lost all the dead space inside our atoms, we would each be able to fit into a particle of dust, and the entire human species would fit into the volume of a sugar cube.

So then where does all our mass come from?

Energy! At a pretty basic level, we're all made of atoms, which are made of electrons, protons, and neutrons.

And at an even more basic, or perhaps the most basic level, those protons and neutrons, which hold the bulk of our mass, are made of a trio of fundamental particles called quarks.

A lot of scientists think that almost all the mass of our bodies comes from the kinetic energy of the quarks and the binding energy of the gluons.

So if all of the atoms in the Universe are almost entirely empty space, why does anything feel solid?

The idea of empty atoms huddling together, composing our bodies and buildings and trees might be a little confusing.

It's time to reexamine what we mean by empty space. Because as it turns out, space is never truly empty. It's actually full of a whole fistful of good stuff, including wave functions and invisible quantum fields.

You can think about the empty space in an atom as you might think about an electric fan with rotating blades. When the fan isn't in motion, you can tell that a lot of what's inside of that fan is empty space. You can safely stick your hand into the space between the blades and wiggle your fingers in the nothingness.

But when that fan is turned on it's a different story. If you're silly enough to shove your hand into that 'empty space', those blades will inevitably swing around and smack into it… relentlessly.

Technically electrons are point sources, which means they have no volume. But they do have something called a wave function occupying a nice chunk of the atom.

And because quantum mechanics likes to be weird and confusing, the volume-less electron is somehow simultaneously everywhere in that chunk of space.

The blades of the fan are akin to electrons zipping around the atom, occupying chunks of space with their wave functions. It's a painful reminder that what might seem like empty space can feel pretty solid.

You've never really touched anything in your life 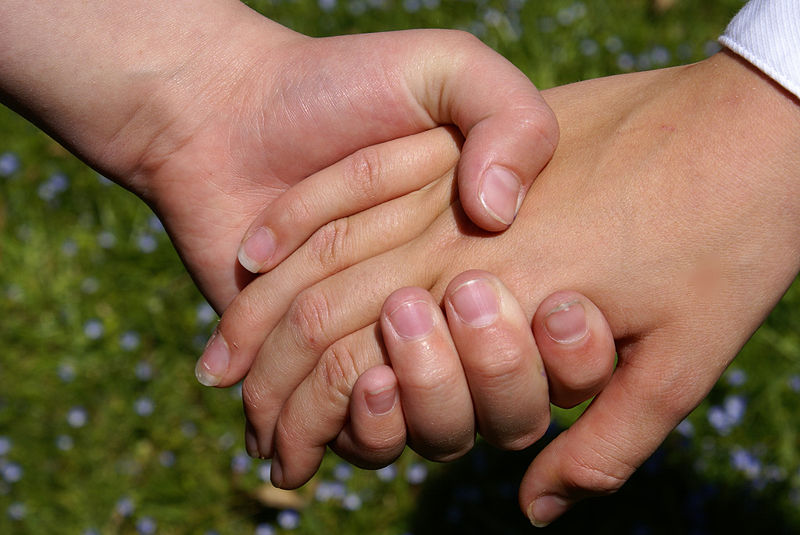 Are you sitting down for this? Well, you're not really. Your butt isn't actually touching the chair you're sitting on. Since the meat of your atoms is nestled away in nuclei, when you 'touch' someone (or something), you aren't actually feeling their atoms.

What you're feeling is the electromagnetic force of your electrons pushing away their electrons.

On a very, very technical level, you're not actually sitting on that chair. You're hovering ever so slightly above it.

So to conclude: Your very important human body is really, kind of, in a way, just a misleading collection of empty spaces on an empty planet in an empty Universe. But at least you have a big car.