About 24 million years ago, baby shark ancestors of the giant beast called megalodon needed a place to grow big before heading into the open ocean, so they swam around a coastal spot replete with easy-to-catch prey - a nursery in what is now South Carolina, according to new research.

In addition to being the third such nursery, the new discovery is also the first nursery on record for Carcharocles angustidens, a megatoothed shark that lived during the Oligocene epoch (34 million to 23 million years ago), said co-researcher Robert Boessenecker, a research fellow at the Mace Brown Museum of Natural History at the College of Charleston, in South Carolina.

When Boessenecker and his colleague examined one of the shark teeth from the nursery site, they found another surprise; it came from the largest C. angustidens on record, according to an equation that calculates a shark's body length based on its tooth size. The new estimate changes the understanding of how big these ancient carnivores could get.

Previously, the record holder was from a C. angustidens tooth found in New Zealand, which put the now-extinct shark at a maximum length of 27.8 feet (8.47 meters).

"Our recalculated maximum length for C. angustidens is 8.85 meters [29 feet]," said co-researcher Addison Miller, who graduated with a bachelor of science in geology from the College of Charleston in May. "This came out to be slightly larger than the New Zealand specimen."

In comparison, the modern great white shark (Carcharodon carcharias) can reach lengths of 20 feet (6 m), but most are smaller, Live Science previously reported.

The research on the shark teeth found in the nursery, which is not yet published in a peer-reviewed journal, was presented online October 13 at the Society of Vertebrate Paleontology's annual conference, which was virtual this year due to the COVID-19 pandemic.

The research "appears to be an ongoing work," but the claim that this may be a paleo-shark nursery is exciting, said Kenshu Shimada, a professor of paleobiology at DePaul University who wasn't involved with the research, but who learned about the project at the conference, told Live Science.

If supported with more evidence, this finding "would indicate that the behavior and adaptive strategy of using nursery areas had already evolved by the Oligocene about 24 million years ago for the megatooth shark lineage." 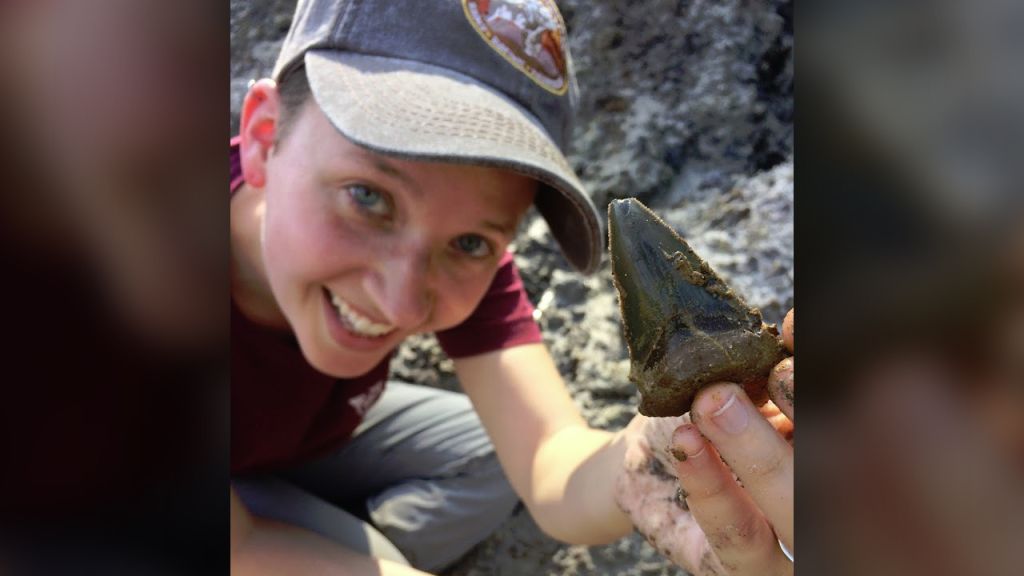 Sarah Boessenecker helped collect some of the fossils. (Robert Boessnecker)

The researchers discovered the shark teeth primarily in one rock unit: the fossil-rich Chandler Bridge Formation in the town of Summerville, South Carolina. In total, the researchers examined 87 C. angustidens teeth from this and the neighboring Ashley Formation dating to the late Oligocene.

Because these particular parts of the fossil formation weren't picked over by amateur fossil collectors, the shark teeth collected from these formations are thought to be accurate representations of the sharks that lived there. This is important, because "everybody and their mother goes out and digs up shark teeth and sells them here" in South Carolina, and people usually snag the largest teeth they can find, Boessenecker said.

This can cause headaches for paleontologists, who may find sites with lots of small shark teeth (one indication of a shark nursery) that's not a true representation of the sharks that lived there, because all of the large shark teeth have already been carted away.

To investigate, Miller analyzed the teeth from the two formations. With the new maximum length for C. angustidens, she was able to calculate the approximate body size categories for infant sharks, juveniles and adults. Then, using tooth-to-body-length equations (there is a different equation for each tooth, depending on its position in the mouth), she determined the sharks' corresponding body sizes. 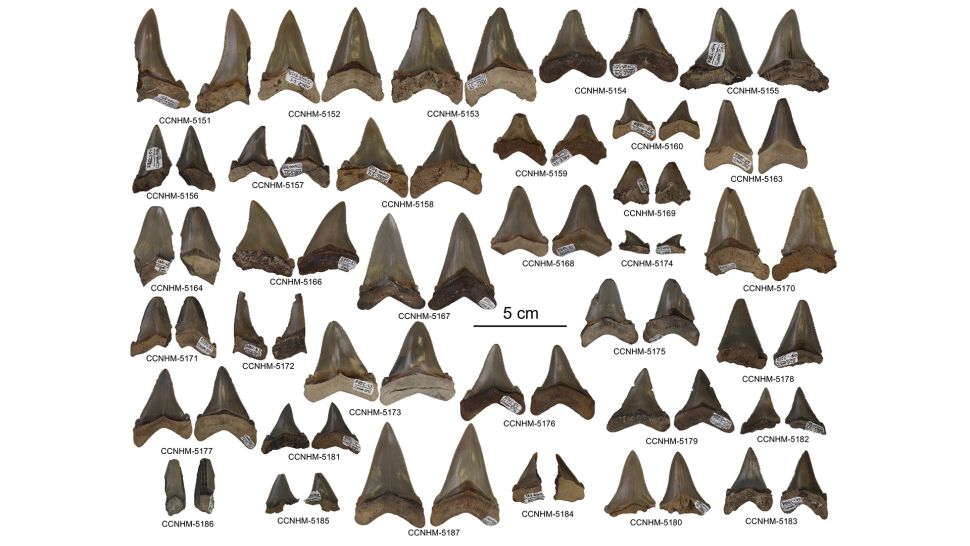 "Our total body length mean was 4.8 meters [15.7 feet], meaning that this was looking more and more like a C. angustidens nursery," Miller told Live Science in an email.

In addition, this place was likely a shallow area that would have offered natural protection to young sharks that weren't ready for life in the deep sea, he said.