A Global Flood Is Coming, And This Is What Scientists Expect It to Look Like

The perilous rise of our seas is pushing tides, waves and storms further inland from our shores - so much so, that in the coming century, scientists predict enormous swathes of land will be regularly inundated by water.

By 2100, if we have failed to put up defences and do nothing to curb our global emissions, new research has found coastal flooding could increase by nearly 50 percent.

"We are attempting to understand the magnitude of the global scale impacts of future coastal flooding," engineer Ian Young, from the University of Melbourne in Australia, told CNBC.

"Globally, we need to understand that changes of this nature will occur by 2100 and we need to plan how we are going to respond."

With 600 million people living on coastlines less than 10 metres (32 ft) above sea level, even a steady rise in sea levels means leaving whole populations, homes, and infrastructure to the whims of the sea.

Under the worst-case scenario examined in the study, some 287 million people - 4 percent of the world's population - could be impacted by coastal flooding.

For those more inclined to think in dollars, this scenario threatens coastal assets worth roughly US$14 trillion, or 20 percent of the global GDP.

Interestingly enough, most of that is from tide and storm events, which are creeping further inland and getting stirred up by climate change. Only 32 percent is projected from regional sea level rise specifically.

"Even though average sea levels rise relatively slowly, we found that these other flooding risks like high tides, storm surge and breaking waves will become much more frequent and more intense," infrastructure engineer Ebru Kirezci, also from the University of Melbourne, told The New York Times.

"Those are important to consider." 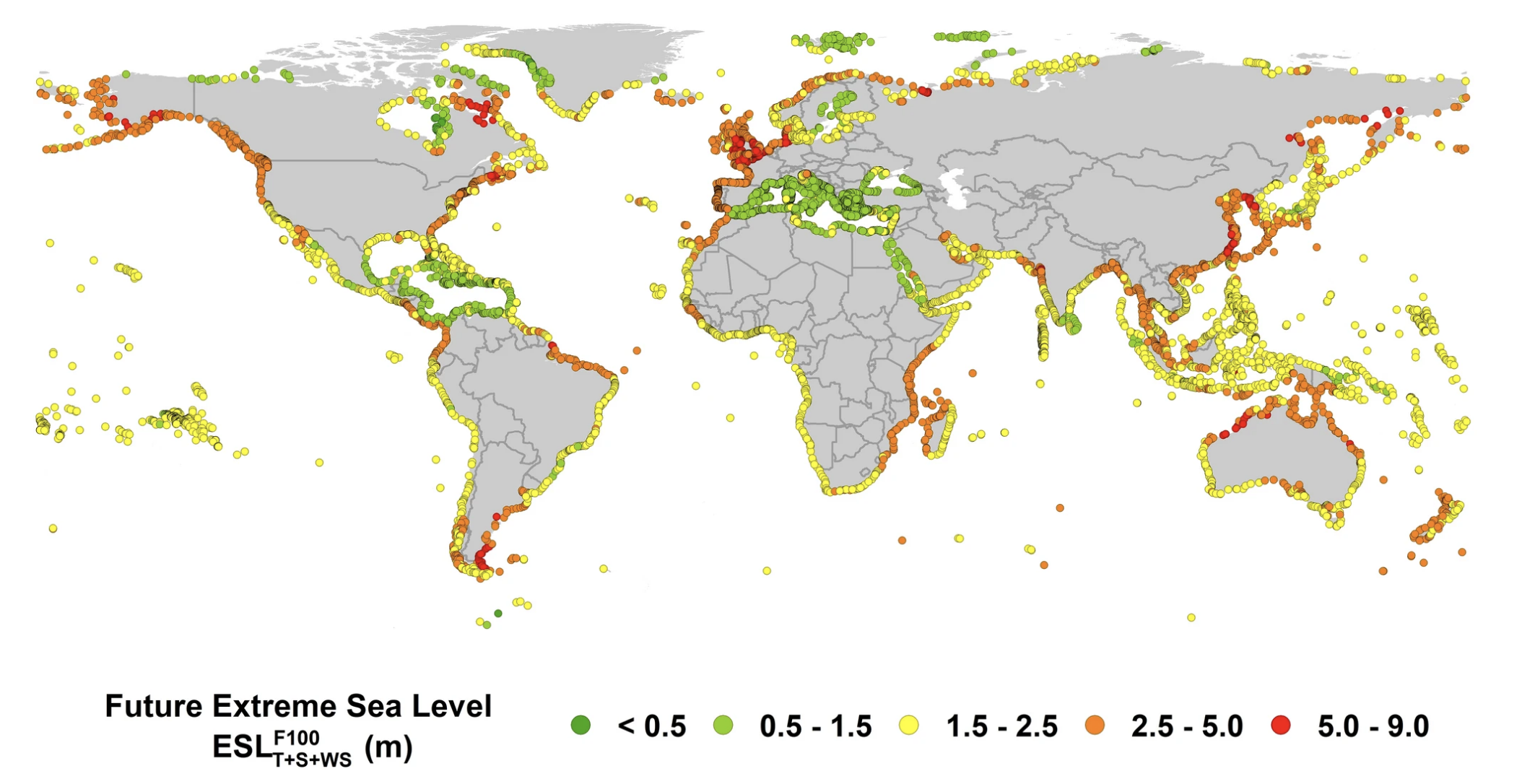 The model used is far from perfect, and the authors caution their findings do not accurately model local level predictions, but rather a broader global estimate. These estimates are based on coastal research from around the world, and they have been extensively validated against tide gauge data in both normal and more extreme conditions.

Predicting the future is notoriously difficult, and when you consider the complexity of atmospheric and ocean systems at a global and regional level, it becomes all the more daunting. But giving it a go is also highly necessary when you consider the immensity of the crisis we are up against.

"Within the assumptions required to make such a global-scale study possible", the authors claim to have created a "first-pass" estimate of the global impacts of sea level rise.

More work needs to be done to tease out the details, especially on a regional level. That said, there are some parts of the world that already appear particularly vulnerable to episodes of flooding.

In the United States, these hotspots include North Carolina, Virginia and Maryland. In Europe, it includes the UK, northern France, and northern Germany. In Asia, it includes China, Bangladesh, West Bengal and parts of India. And in the global south, it includes Australia's Northern Territory. 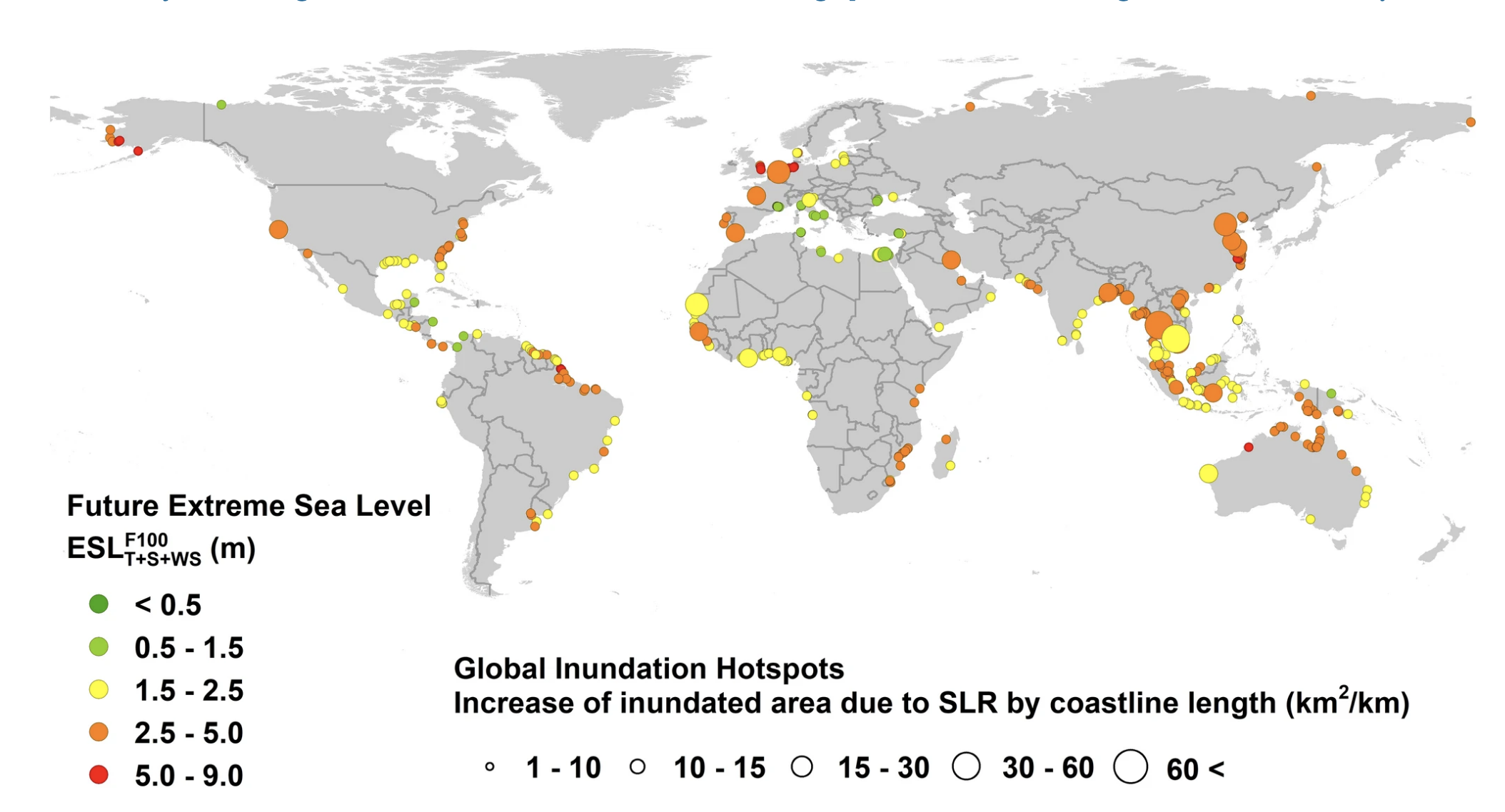 Unfortunately, at this point the world is locked in to a certain amount of sea level rise and climate change. And while we still have the opportunity and the time to seriously cut down on the damage it will wreak, we need to give these hotspots a head's up and a head's start if we want to prepare for the future.

Estimates like this give us the best chance of doing just that. Because if we don't plan for the worst, the worst will come, ready or not.