NASA astronaut Peggy Whitson sometimes has tears in her eyes when she says she won't be going in to space again.

The former International Space Station boss has logged a whopping 665 floating days in space, more than any other American.

It's clear from her beaming smile and boisterous, frequent laughs that she loved nearly every aspect of the out-of-this-world job, from installing battery parts on the station's solar panels to sampling mysterious space microbes.

"To be a part of exploration in that very direct way," she told Business Insider, is "incredibly satisfying and gratifying."

But there's one aspect of life in space that Whitson says she won't miss at all: the toilet.

"The space station is not really a hotel yet," she said Tuesday, her feet firmly planted on the ground inside a five-star (and flush-toilet equipped) hotel in New York.

"I would call it a camping trip."

The toilet on the ISS is not quite as bad as the Maximum Absorbency Garment diapers that astronauts sometimes had to use on missions like the Apollo moon trips.

But the US$19,000 Russian-made toilet (seen here) isn't exactly first class, either. 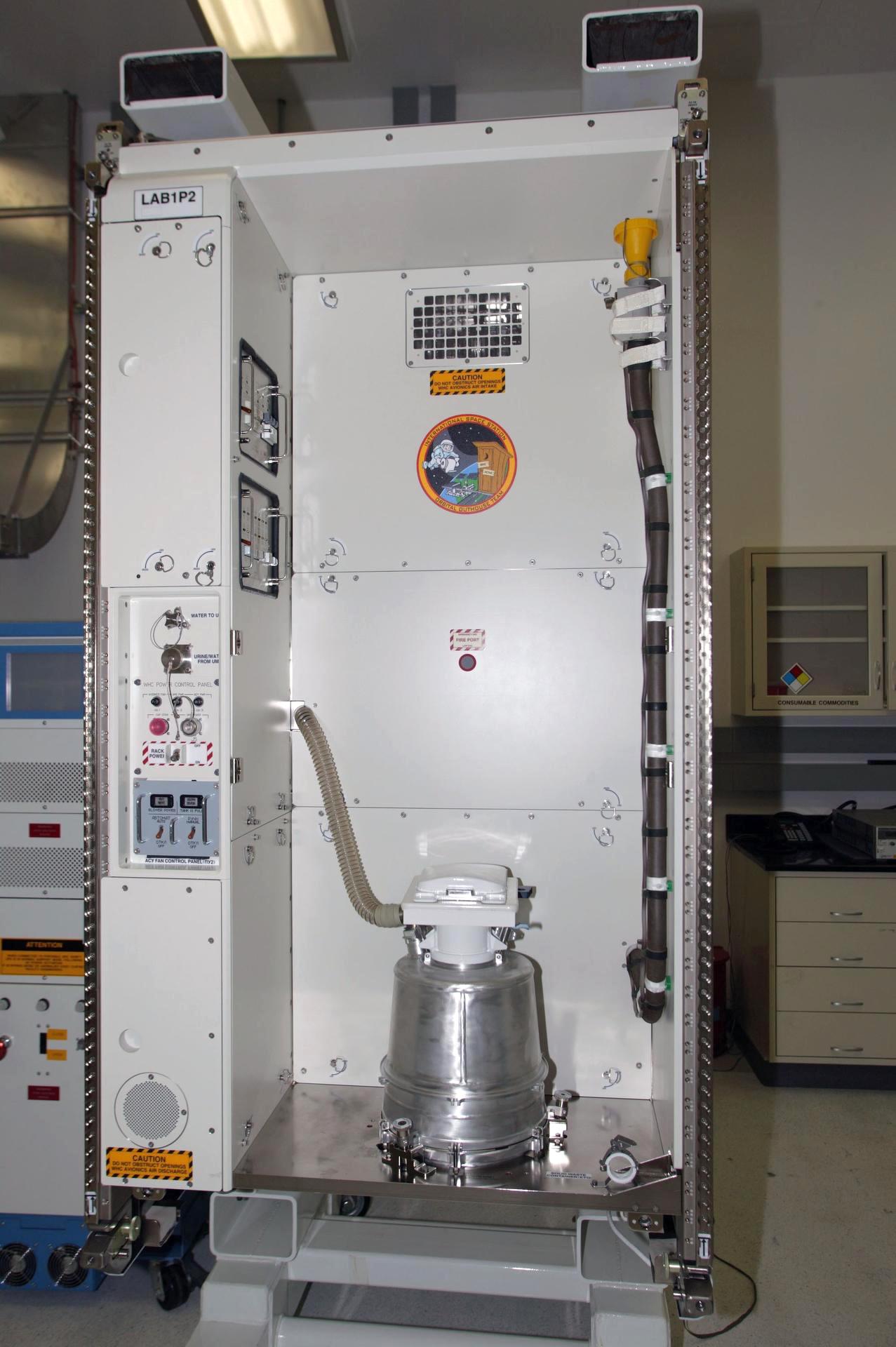 For that, astronauts use a funnel equipped with a fan that suctions their pee away, so it doesn't float off. (See the yellow cone on the top right side of this toilet photo? That's where the urine goes.)

Then it takes about eight days for the liquid to become drinking water again for the astronauts.

But Whitson says that if you have to do more than just urinate, things aren't so simple.

"Number two… is more challenging because you're trying to hit a pretty small target," she said.

ISS residents go to the bathroom into a little plate-sized hole on top of that silver can, using the fan to vacuum-suck the excrement away. After the astronauts are done, the poop gets sealed up in a plastic bag, to await the next space trash day.

"After it starts getting full," Whitson said with a grimace, "you have to put a rubber glove on and pack it down."

Every once in a while, the whole process goes awry, or the toilet malfunctions, and the astronauts have to catch a floating turd.

But eventually, all that waste gets blasted off on a cargo ship that's jam-packed with ISS trash, and sent on a burning suicide mission towards Earth's atmosphere.

"We send 'em on a trajectory that will purposely burn up," Whitson said.

As for the urine, about 80 to 85 percent of that gets recycled into drinking water, and the rest becomes briney waste.

"We want a closed loop system, which means we have to recycle all our water," Whitson said. Perhaps that will be the next home improvement project onboard the ISS.

If you're still flummoxed about how the toilet really works on the ISS, check out this explainer video from Italian astronaut Samantha Cristoforetti:

More from Business Insider:
Trending News
There's a 'Lost City' Deep in The Ocean, And It's Unlike Anything We've Ever Seen Nature2 days ago
This Island Appeared Out of Nowhere, With Life Forms Never Seen Before Nature2 days ago
Hypertension Drug Shown to Extend Lifespan And Slow Aging in Animals Health2 days ago