SpaceX on Tuesday successfully completed a flight of less than a minute of the largest prototype ever tested of the future rocket Starship, which the company hopes to use one day to colonize Mars.

The current Starship prototype is fairly crude: it's a large metallic cylinder, built in a few weeks by SpaceX teams on the Texas coast, in Boca Chica – but it's still smaller than the actual rocket will be.

Several previous prototypes exploded during ground tests, during a learning process of trial and error.

In images shared Tuesday by several space specialists, including the space news website NASASpaceFlight.com, the latest prototype – dubbed SN5 – reached an undetermined altitude before descending to land in a cloud of dust, demonstrating good trajectory control.

"And when the smoke cleared, she stood there majestically, after the 150 meter flight!" tweeted NASA's top scientist, Thomas Zurbuchen.

The so-called "hop test" was planned to reach a 150-meter (492-foot) altitude, but SpaceX has not confirmed any details about the test flight.

In 2019, an earlier prototype – the smaller Starhopper – flew to 150 meters in altitude and returned to land. 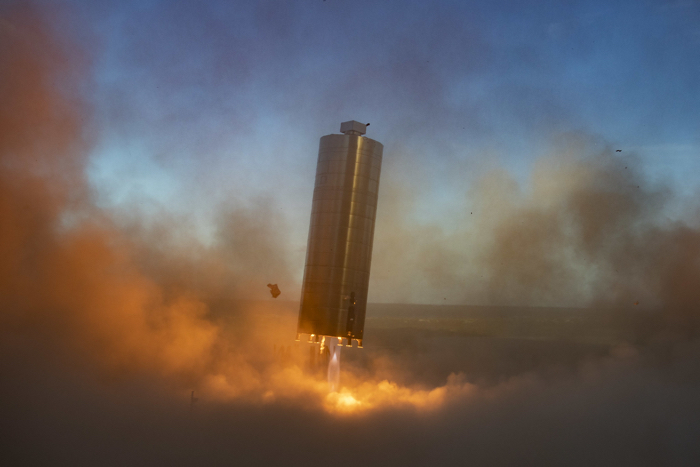 The Starship envisioned by Musk will be 120 meters tall and will be able to land vertically on Mars.

The astronauts had traveled in the Dragon capsule developed by SpaceX.