Fifty-two years after the first historical Moon landing, we've been given a brand new perspective of a classic Apollo-era photo.

Reddit user and visual effects artist Michael Ranger, AKA rg1213, chose the iconic photo of Buzz Aldrin taken by Neil Armstrong during the Apollo 11 mission, and 'unwrapped' the lunar vista reflected in the astronaut's helmet.

The result is a never-before-seen, 360-degree astronaut's-eye panoramic view of the Moon.

"What makes this process exciting for me is the fact that this is real," Ranger wrote on Reddit. "If I get any inkling whatsoever that something like this is fake or false, my interest in it completely evaporates. This is great because it's real!" 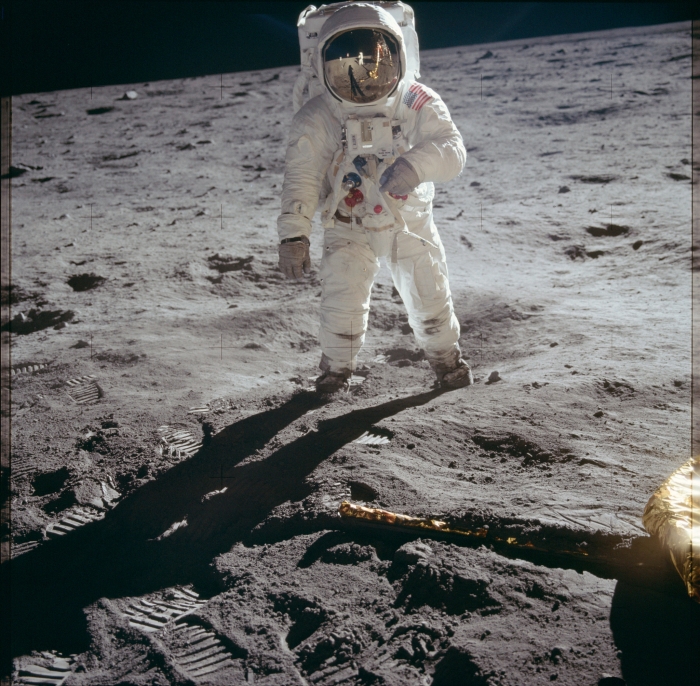 The photo in question is an iconic one, taken in July of 1969. Aldrin stands near the leg of the Eagle lunar module, his left arm cocked. In the reflection on his visor, his shadow stretches out in front of him, the module shines in the harsh light of the unfiltered Sun, and Armstrong stands with the Hasselblad camera held at chest height.

If you look carefully, you can see Earth, right at the top of the visor.

Ranger's reconstruction follows a previous attempt in February of 2019, and an earlier version from a few days ago using a lower resolution photo.

"I took this famous image of Buzz Aldrin on the Moon, zoomed in to his visor, and because it's essentially a mirror ball I was able to 'unwrap' it to this 2D image. Then I opened that in the Google Street View app and can see what [Aldrin] saw," he explained. 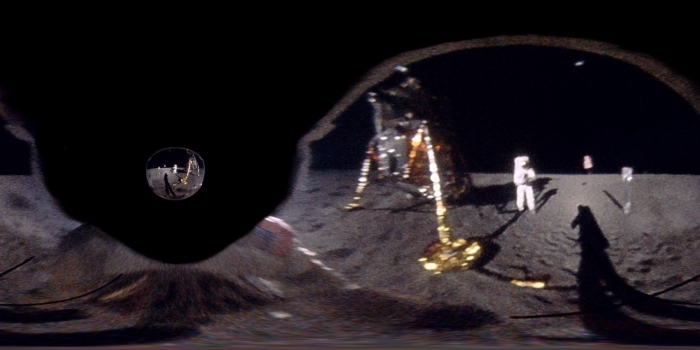 "Using that higher quality photo, I created this unwrapped panoramic 360-degree image, which I opened in a free 360-degree viewer and recorded this video with it," Ranger wrote. "In addition to the higher resolution of the film scan and the uncompressed file format, I sharpened and color corrected it in Photoshop rather than on my iPhone like the first one, which led to better results."

He also color-corrected the gold tint of the visor - a protection measure against solar radiation - and added more space around the edges of the visor for a more realistic representation of the inside of Aldrin's helmet, he said.

The Apollo 11 mission, which launched on 16 July 1969 to land Armstrong and Aldrin on the Moon on 20 July, was the first time humanity had set foot on a world that wasn't Earth. Many photographic and video assets have been retained, and are available on the public domain.

Last year, a film restoration specialist used artificial intelligence to enhance some Apollo 11 mission footage, bringing it to 24 frames per second for an incredible crisp and clear experience of iconic mission moments.

We don't think Ranger will be the last to attempt this, either. Based on the comment thread, other Reddit users seem inspired to try their hand at finding hidden views in Apollo photographs.