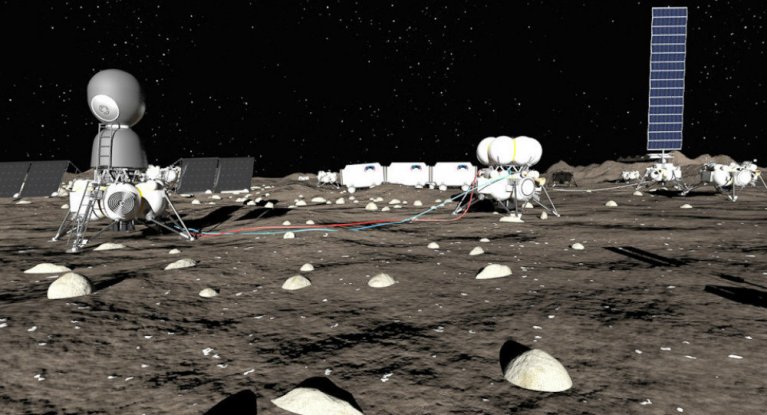 A Russian Company Wants to Build a Base on The Moon

A Russian transport company called Lin Industrial has announced that it’s capable of building a base on the Moon, Sputnik News reports. But although they allegedly have the means, it's still unclear how likely the development is as yet.

The proposed outpost would be located near Malapert Mountain, close to the Moon’s south pole, and would take five years just to set up. In the second stage of the project, the outpost would house first two and then four humans.

It's estimated it would take around 10 years to build and deploy the outpost, and would require 13 heavy carrier rocket launches, and 37 launches in total in order to maintain.

It would also set the company back around US$9.3 billion. And although they've announced they have the means to pull it off, so far the head of the company, Sergei Burkatovsky, has only invested around US$176,000 into the project, as Robin Burks reports for Tech Times.

To put that into context, the initial prototype rocket would require around US$200,000 alone, and then another US$13.5 million to test launch.

But Lin Industrial isn’t the only one with their sites on the Moon, with privately-run UK project Lunar Mission One recently raising more than US$1 million on Kickstarter to fund a journey to the Moon.

The goal of Lunar Mission One is to land a probe on the Moon’s south pole within the next decade, and then drill into the surface to collect rock samples.

While both projects are still in the early stages, it’s exciting to see the exploration of the Moon be of interest again for the first time in decades.