Spending time outdoors is awesome for your mental and physical health - unless, that is, you happen to come in contact with some poison ivy while you're out there, and end up with an itchy, painful rash all over your body.

But as retired biomedical scientist Jim Brauker explains in the video above, if you understand the science of how the plant works, it's actually possible to get poison ivy all over you, and not get a rash.

And best of all, the technique doesn't require any special products or treatments, just a good old-fashioned wash cloth and elbow grease.

For those of you lucky enough to not have experienced a poison ivy rash before, it happens after coming in contact with the plant's toxic sap, either through its leaves or vine.

Unfortunately, poison ivy is found in forests and woods pretty much all over North America, as well as in parts of Asia, and its relatives, the poison oak and sumac, also have the same effect, so it's not the easiest thing to avoid.

The resulting contact rash is lumpy and itchy, and although it doesn't usually require medical attention, it can be incredibly uncomfortable and last up to three weeks. See below if you require photographic evidence: 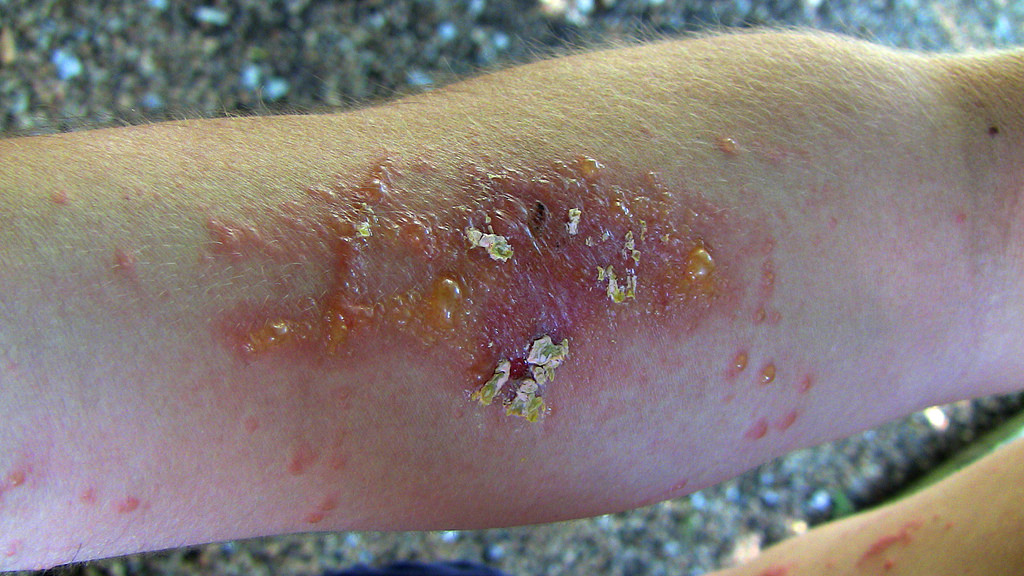 So how do you avoid this fate if you want to spend time in the woods this summer?

According to Brauker, who's spent 25 years studying skin inflammation, it's not actually coming in contact with poison ivy that gets you in trouble, it's an oily molecule known as urushiol - which is found in the sap of poision ivy, poison oak, and sumac - that does the damage.

And the good news is, it takes a while to soak in. Braumer has found that if you wash urushiol off within 3 to 4 hours of being exposed to it in most parts of the body, you can avoid a serious poision ivy rash altogether.

But (of course there's a but) getting urushiol off you isn't as easy as it sounds, which is where the trick comes in.

The molecule is pretty similar to engine grease - it's oily, sticky, and hard to get off, even after you've washed thoroughly with a range of special poison ivy products, as Brauker demonstrates in the video above.

But it turns out that it isn't the product you wash with that matters, it's the friction that's important. So, according to Brauker, scrubbing thoroughly with a loofah or flannel, rinsing, and repeating three times, is the key to getting rid of urushiol.

There are a few caveats to mention here - first of all, this only applies to poison ivy that's come into contact with regular skin. In other words, not the sensitive skin under the eye, or in cuts. In those cases, urushiol is likely to penetrate quicker.

And in the same vein, getting urushiol into your eyes and other openings is going to cause a reaction pretty much straight away, whether or not you wash it off later.

This technique also hasn't been peer-reviewed, so we're relying on Brauker's own experience here.

But it definitely makes a lot of sense, and saves us going out to the woods with plastic bags wrapped our hands in future.

Nature is awesome but sometimes scary. Good luck out there, science lovers!