A severe thunderstorm cloud that formed over the Pacific Ocean in 2018 reached the coldest temperatures ever recorded, according to a new study.

The very top of the storm cloud reached a bone-chilling minus 167.8 degrees Fahrenheit (minus 111 degrees Celsius), colder than any storm cloud measured before.

Thunderstorms and tropical cyclones, a circular low-pressure storm, can reach very high altitudes - up to 11 miles (18 kilometers) from the ground - where the air is much cooler, according to a statement from the UK's National Center for Earth Observation.

But this new temperature is on another level. The top of the storm cloud was about  86 F (30 C) colder than typical storm clouds, according to the statement. Above: Storms near Nauru on 29 Dec 2018 captured in infrared by an orbiting satellite. The cold parts of the clouds are in purple and the warm Pacific Ocean is in orange.

The beast of a storm loomed about 249 miles (400 km) south of Nauru in the Southwest Pacific on 29 December 2018, and its clouds' temperature was picked up by an infrared sensor aboard the US's NOAA-20 satellite orbiting the planet.

Storms typically spread out into an anvil-like shape when they reach the top of the troposphere, the lowest layer of Earth's atmosphere. But if a storm has a lot of energy, it will shoot into the next layer, the stratosphere.

This phenomenon, known as an 'overshooting top', pushes storm clouds to very high altitudes, where it's bitterly cold.

Overshooting tops are "reasonably common", lead author Simon Proud, a research fellow at the National Centre for Earth Observation and at Oxford University told the BBC. Typically, an overshooting top cools by about 12.6 F (7 C) for every kilometer it rises in the stratosphere, he said.

But this storm was particularly extreme. "This storm achieved an unprecedented temperature that pushes the limits of what current satellite sensors are capable of measuring," Proud said in the statement.

"We found that these really cold temperatures seem to be becoming more common." 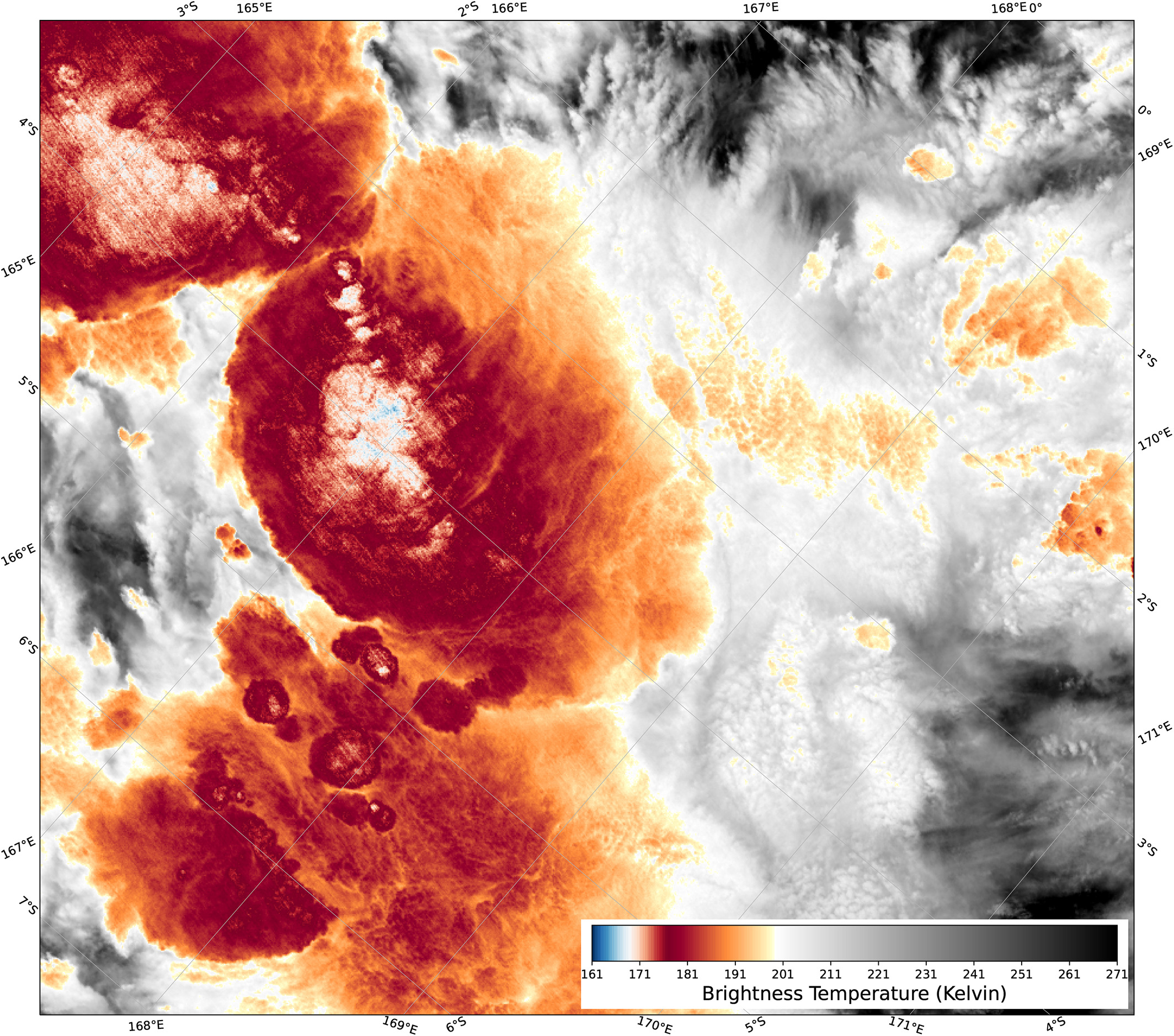 Above: VIIRS I5 brightness temperatures (BTs) for 13:38 UTC on December 29, 2018. The cluster of particularly cold BTs is slightly to the left of the image center. VIIRS, Visible Infrared Imaging Radiometer Suite.

In the last three years, scientists have logged the same number of extremely cold temperatures in clouds as they did in the 13 years before that, he added. "This is important, as thunderstorms with colder clouds tend to be more extreme, and more hazardous to people on the ground due to hail, lightning and wind."

This particular storm may have been energized by a combination of very warm water in the region and eastward-moving wind, according to the BBC. However, it's not clear why these colder temperatures in storm clouds are becoming more common.

"We now need to understand if this increase is due to our changing climate or whether it is due to a 'perfect storm' of weather conditions producing outbreaks of extreme thunderstorms in the last few years," Proud said.

The findings were published March 22 in the journal Geophysical Research Letters.

Tropical storms and hurricanes of 2016 (Photos)