Using a new technique, scientists have performed the world's smallest magnetic resonance imaging to capture the magnetic fields of single atoms. It's an incredible breakthrough that could improve quantum research, as well as our understanding of the Universe on subatomic scales.

"I am very excited about these results," said physicist Andreas Heinrich of the Institute for Basic Sciences in Seoul. "It is certainly a milestone in our field and has very promising implications for future research."

You're probably most familiar with magnetic resonance imaging, or MRI, as a method used to image internal body structures in medicine. An MRI machine uses highly powerful magnets to induce a strong magnetic field around the body, forcing the spin of the protons in the nuclei of your body's hydrogen atoms to align with the magnetic field, all without producing side-effects.

A radiofrequency current is then applied to stimulate the protons, causing them to strain against the field; when this is switched off, sensors can detect the energy released by the protons as they relax back into the magnetic field alignment, and translate this signal into an image.

But for medical MRI scanners, this needs to be occurring en masse, with billions of protons, for the sensors to detect it.

To bring the process down to much finer scales, the researchers used a scanning tunnelling microscope, an instrument that can image surfaces at the atomic scale by running an extremely fine needle over them.

This was used to probe carefully prepared titanium and iron atoms. With a small cluster of magnetised iron atoms attached to the tip, it became a tiny MRI machine, aligning the electrons - rather than the protons - in the sample.

All they needed to do then was add pulses of radiofrequency current, which allowed the sensors to detect the energy released by the electrons, producing an image of the magnetic field of a single titanium or iron atom. 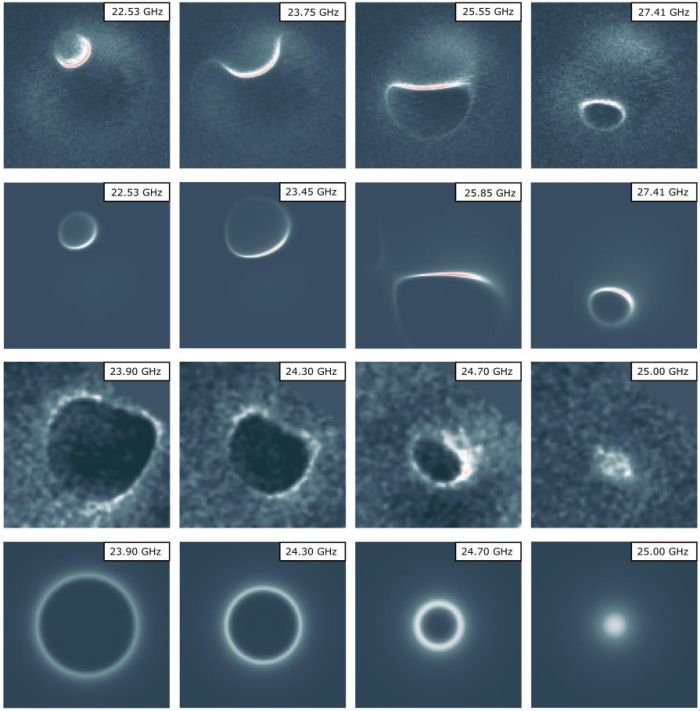 "It turns out that the magnetic interaction we measured depends on the properties of both spins, the one on the tip and the one on the sample," explained physicist Philip Wilke of the Institute for Basic Sciences.

"For example, the signal that we see for iron atoms is vastly different from that for titanium atoms. This allows us to distinguish different kinds of atoms by their magnetic field signature, and makes our technique very powerful."

In addition to this ability to identify the element just from an atom, the technique is so sensitive it can also distinguish atoms that are next to each other.

"It's a really magnificent combination of imaging technologies," physicist Ahmed Duke Shereen of the Advanced Science Research Center in New York told The New York Times. "Medical MRIs can do great characterisation of samples, but not at this small scale."

For such small tech, the team has pretty big plans. They believe it will be extraordinarily useful in mapping the magnetic and spin properties not just of individual atoms, but of larger structures too, such as molecules.

It could also be used to characterise and control quantum systems, which of course would be really handy for the developing field of quantum computing.

"The ability to map spins and their magnetic fields with previously unimaginable precision allows us to gain deeper knowledge about the structure of matter and opens new fields of basic research," Heinrich said.