In our endless quest to ease suffering, we group together symptoms with broken anatomy and slap on a label, calling it a disease.

For the most part, it's worked pretty well. But hindsight shows us we often get it wrong, leaving behind a graveyard of illnesses we no longer consider bona fide.

Not only does it make us question what we were thinking, it makes us wonder what future physicians might make of some of today's health conditions.

Here's just a handful of long-abandoned medical diagnoses your doctor won't put on a medical certificate.

A little over a century ago, you'd be diagnosed with neurasthenia and either told to go camping or hide out in a dark room – depending on your gender.

The 26th president of the United States, Theodore Roosevelt, was told to go on a tour of the frontier to cure his nervous condition.

For women, a diagnosis could mean being bored out of your brain in bed without so much as a book to read.

The condition was blamed on running out of energy in the nervous system, as a result of a super busy modern lifestyle, inspiring some to refer to it humorously as Americanitis. As a rather fashionable disease, it gave the proudly overworked a good reason to escape life for a while.

Since the mid-20th century, the disease has been abandoned in favour of other nervous disorders. Neurasthenia evolved and faded, finally falling out of medical books.

If you've ever pined after Mum's home-cooked casserole or craved the warmth of your own bed while far from home, spare a thought for Swiss soldiers in the seventeenth century. Their homesickness was so bad, doctors swore it could kill them.

The physician Johannes Hofer labelled the condition 'a neurological disease of essentially demonic cause', and gave it a name we still use to this day. Nostalgia.

In a 19th century book written by a French physician Jean Baptiste Félix Descuret, there are case studies of nostalgia being responsible for two deaths, one of which involved having "suffocated from the despair of having to leave the abode he cherished too much".

While painful, the condition hasn't been considered dangerous for well over a century. Still, might be worth giving your mum a call. Just in case. She misses you.

Anatomists had it tough in ancient times. Organs aren't always where you expect, especially inside the recently (and not so recently) deceased. So we can forgive them for thinking the uterus – or indeed, most organs – tended to move around a little.

Since the classical days of Greece, a travelling womb has been thought to cause all manner of symptoms in those who owned one.

Fits, involuntary laughing or crying, a sense of suffocation, and elevated emotions were all blamed on lady bits that wouldn't sit still.

Fixing it either demanded pregnancy, coaxing it into submission with nice smelling herbs, or, according to one historian's hypothesis, inducing 'paroxysms' - although that latter method has been cast into serious doubt.

Now that we understand far more about anatomy, hysteria has finally become a legacy of history. Instead, errant hormones get the blame for women failing to live up to social expectations.

Not unlike hysteria, chlorosis – or 'the disease of virgins' – was a condition that said more about the expectations of women than the nature of personal suffering.

On first glance the condition fits a historical description of anaemia. The 17th century British physician Thomas Sydenham listed among its symptoms a bad colour of the face, headaches, and an absence of menstruation. His solution was to drink water heavy with iron.

But earlier cures all revolved around baby-making. In other words, chlorosis was what happened when young women didn't get pregnant quickly enough.

In the mid 19th century, an American physician named Samuel A. Cartwright couldn't work out why some African American slaves weren't keen to remain slaves.

So he came up with an illness to explain it; drapetomania, from the Greek word drapetes, which means runaway servant. He admitted this wasn't well known to physicians, but plantation owners understood it well.

The 'treatment' for slaves who ran off as a result of this so-called mental illness? Whipping and hobbling.

Making the condition a disease served a rather insidious purpose. As a health disorder, those administering punishment could claim to be charitable, acting in the interests of the victim.

In many ways, our understanding of disease has come a long way.

Yet as it continues to evolve, it pays to reflect back on history and ask how we ever got it so wrong. 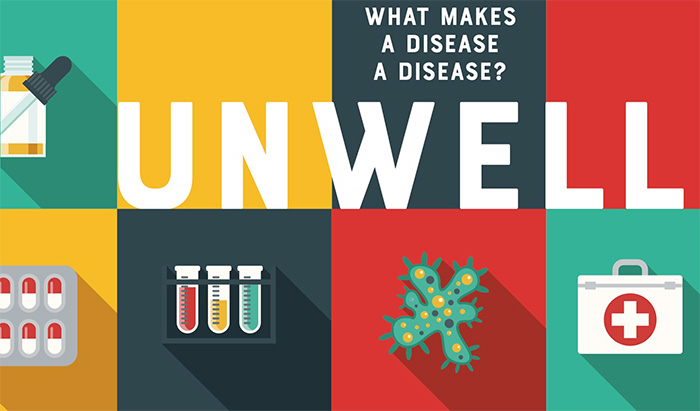 ScienceAlert staff writer Mike McRae is the author of a new book called Unwell: What makes a disease a disease?

Available online and in all good Australian bookstores.