Academics at Imperial Tech Foresight (ITF), an offshoot of Imperial College London, have been working to bring to life nebulous and intangible technological advances in a way you've never seen before.

They have created a table of disruptive tech, taking inspiration from the periodic table of chemical elements. It contains 100 innovations, ranging from the benign and everyday, to the mind-blowing and potentially terrifying.

To give you an example, cryptocurrencies (identified as Cr) are now part of our modern life, while battlefield robots (Br) sounds like something straight out of "Iron Man". 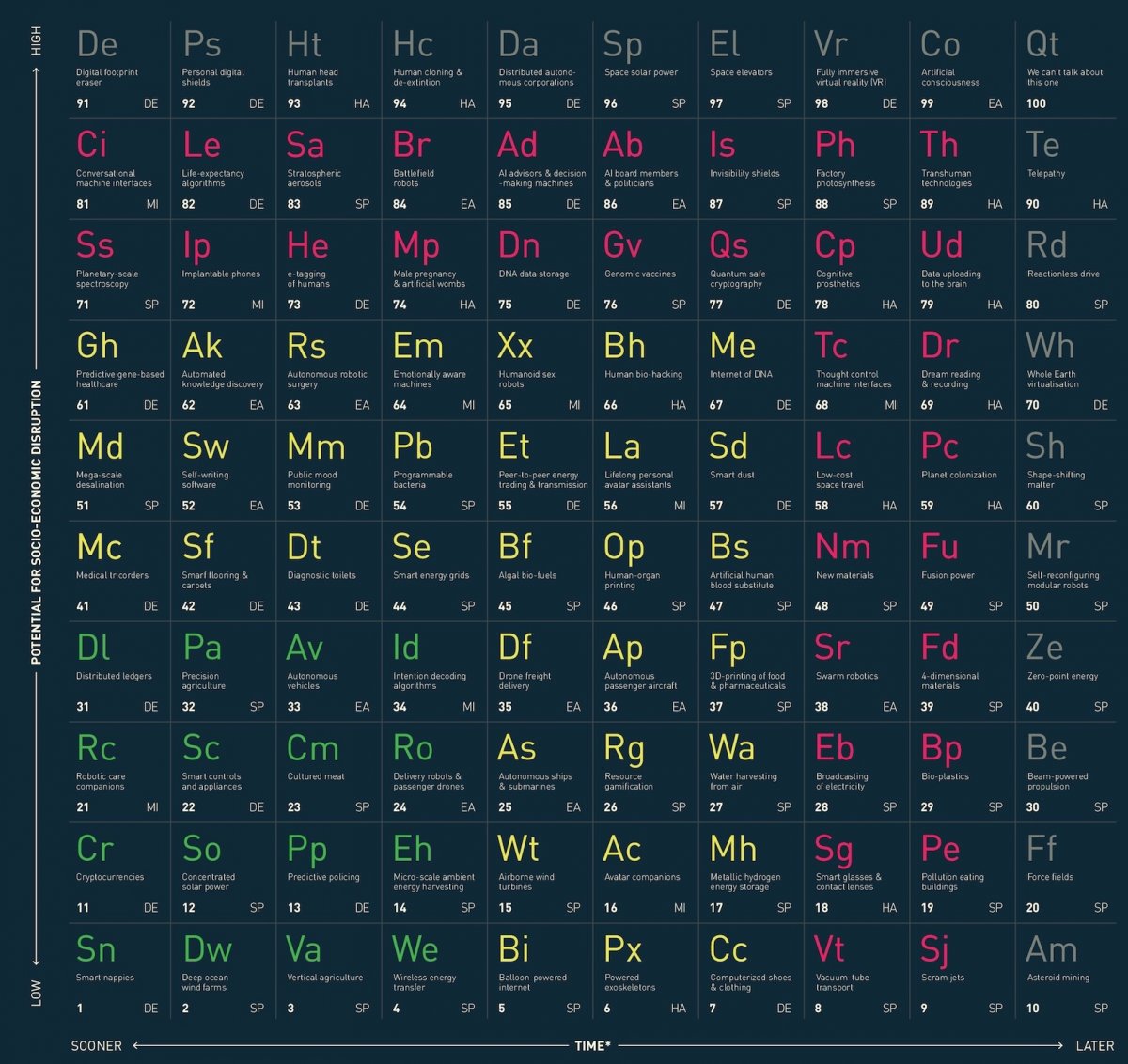 Each element is colour-coded and slotted into a space across two axis: The Y-axis ranks the potential for disruption from high to low, while the X-axis determines how soon it will become a reality. Here's how it breaks down:

Finally, the elements have numbers, which relate to an example of the tech in action provided by ITF.

They are also grouped into themes – the initials at the bottom right of each box. These themes include extreme automation and human augmentation.

The table was created by Richard Watson and Anna Cupani after reading a dry list of emerging technologies on Wikipedia.

They spoke to experts to shape the table and produced a number of drafts using Post-it notes for each element before agreeing on a final version.

Maria Jeansson, who worked on the project, said it was designed as a visual conversation starter.

"Some corporate organisations have used it in workshops highlighting things that they should be thinking about," she told Business Insider.

"For some, they see things and say, 'We didn't imagine that would impact us.'"

You can check out the full details here.