All Your Germaphobic Habits Are Pretty Much Useless

Bad news, germaphobe - your meticulous habits likely aren't doing much to protect you. Here's a look at all the weird germ-avoidance behaviours that are probably useless.

You can stop kicking the toilet flusher 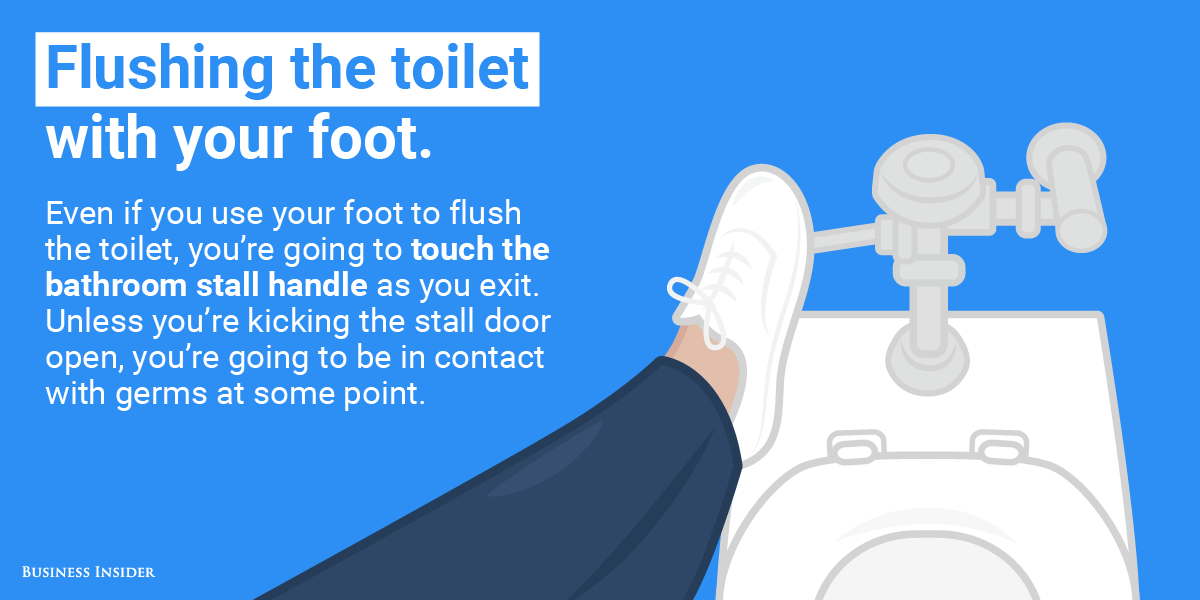 Sure, there are probably some nasty germs on the toilet flusher. But whoever used the stall before you and flushed with their hand also likely transferred that bacteria from their hand to the handle of the bathroom stall.

So unless you're also kicking the stall door open, chances are you're going to touch the germs at some point. Which is fine, so long as you wash your hands after you do your business.

...and opening doors with paper towels 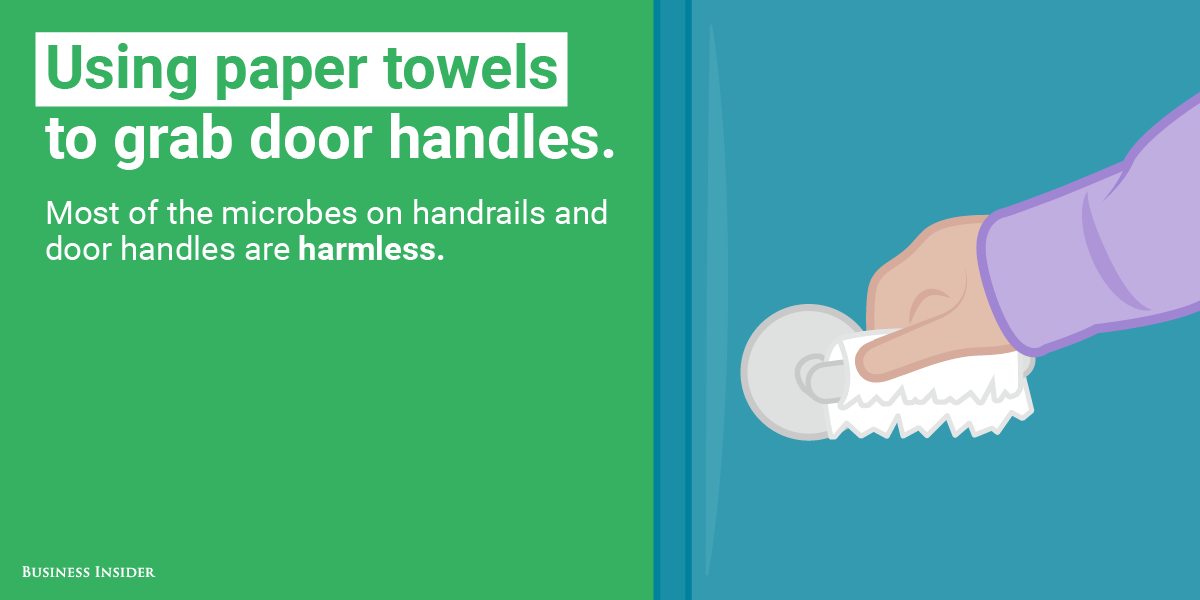 Bathroom door handles and grimy subway poles seem like ripe breeding grounds for bacteria. One geneticist recently likened holding a subway pole to shaking hands with 10,000 people. Not quite. While dirty hands can carry E. coli and other potentially harmful bacteria, most of the microbes you'll find on handrails and door handles are harmless.

Plus, if you're grasping handles with towels to avoid touching them and then putting the towels in your pocket or purse, you're merely transferring the bacteria to another spot where you'll touch it later. 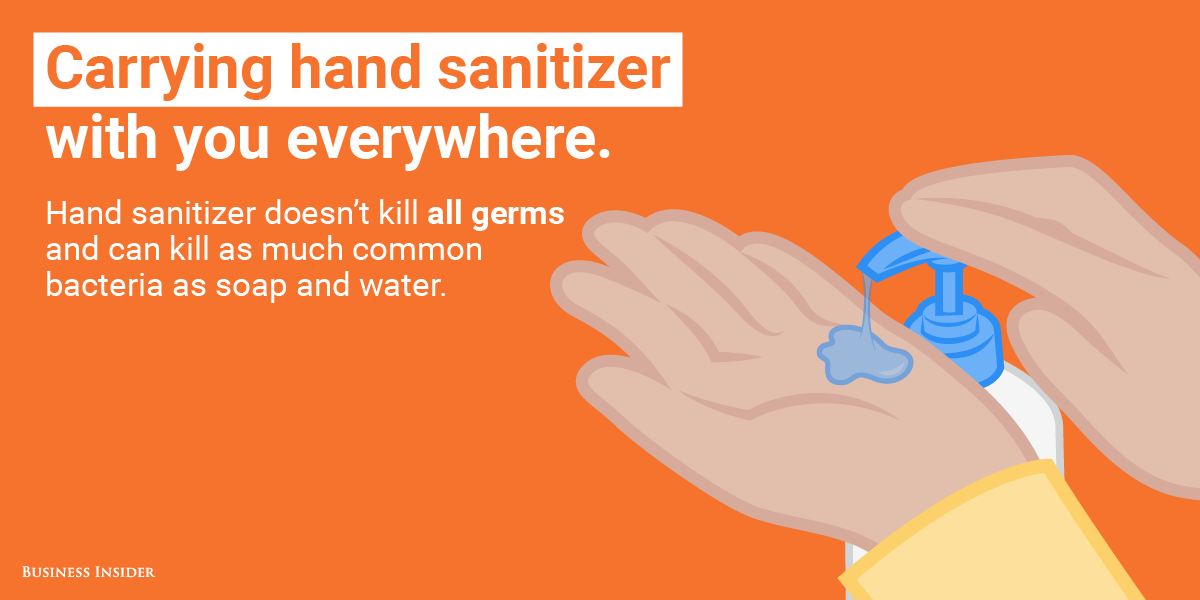 Hand sanitiser doesn't kill all germs, so stick to soap and water when you can. Norovirus, for example, a pathogen that's most often transferred via infected food and causes diarrhoea, and C. difficile, which can cause deadly diarrhea and most commonly affects older adults, are immune to sanitising gels.

So long as it's got a hefty amount of alcohol (the CDC recommends only using solutions with 60 percent or more), though, sanitiser will kill as much common bacteria as soap and water can.

...and stop creepily holding your breath when someone around you coughs 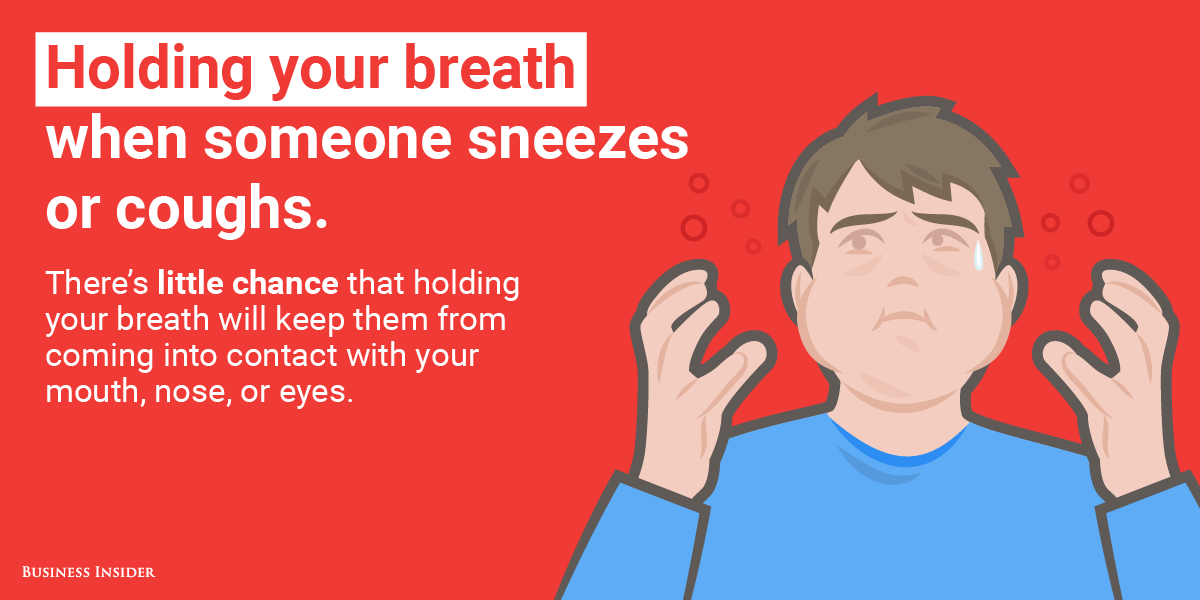 When someone sneezes or coughs without covering their mouth or nose, they're essentially shooting their bacteria out into the air. Sneeze particles travel at speeds approaching 200 mph (321 km/h); cough particles travel about 50 mph (80 km/h).

If you're already within range of the nasty germs, there's little chance that holding your breath will keep them from coming into contact with your mouth, nose, or eyes. It'll stop you from pulling in any bacteria hanging directly in front of your face, but that's about it. 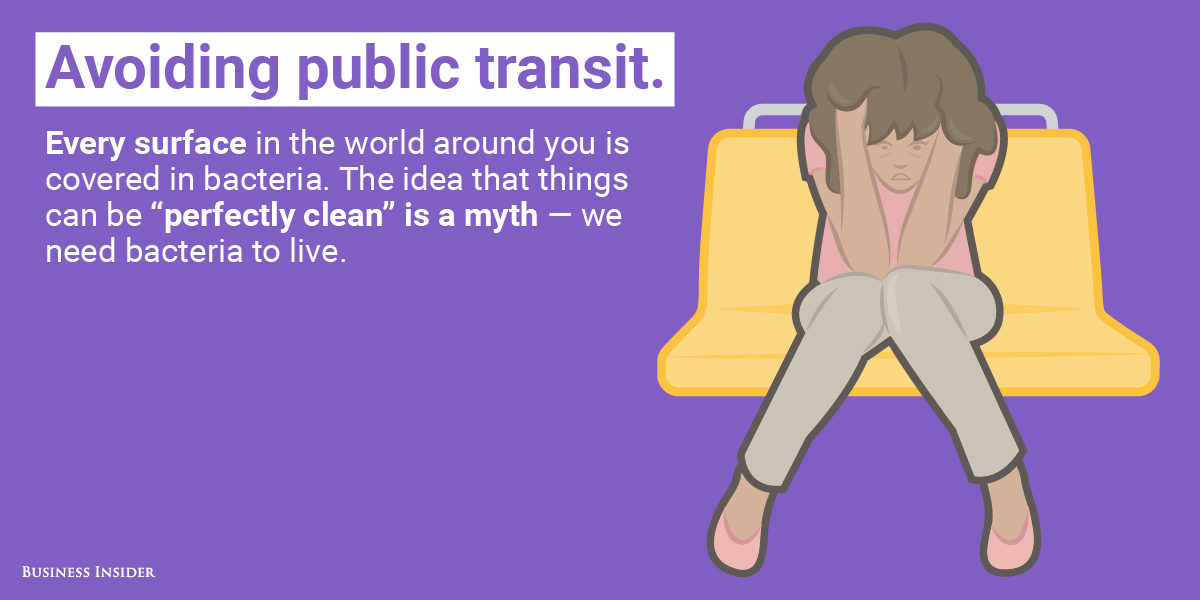 A team of geneticists recently made headlines after their mission to document all the bacteria on the New York City subway turned up nearly 600 different species of microbes (the vast majority of which were "unidentifiable.") Almost all of them were totally harmless.

After all, literally every surface in the world around you is covered in bacteria. Roughly 3 pounds (1.3 kg) of your body weight is accounted for by bacteria alone. The idea that things can be 'perfectly clean' is a myth - we need bacteria to live.

More importantly, there's evidence to suggest that exposing yourself to everyday pathogens - such as those carried on our skin, in our intestines, and on the bodies of pets and insects - might actually be good for you, especially if you get exposed at a young age.

And you don't need to cover up your seat with tissues 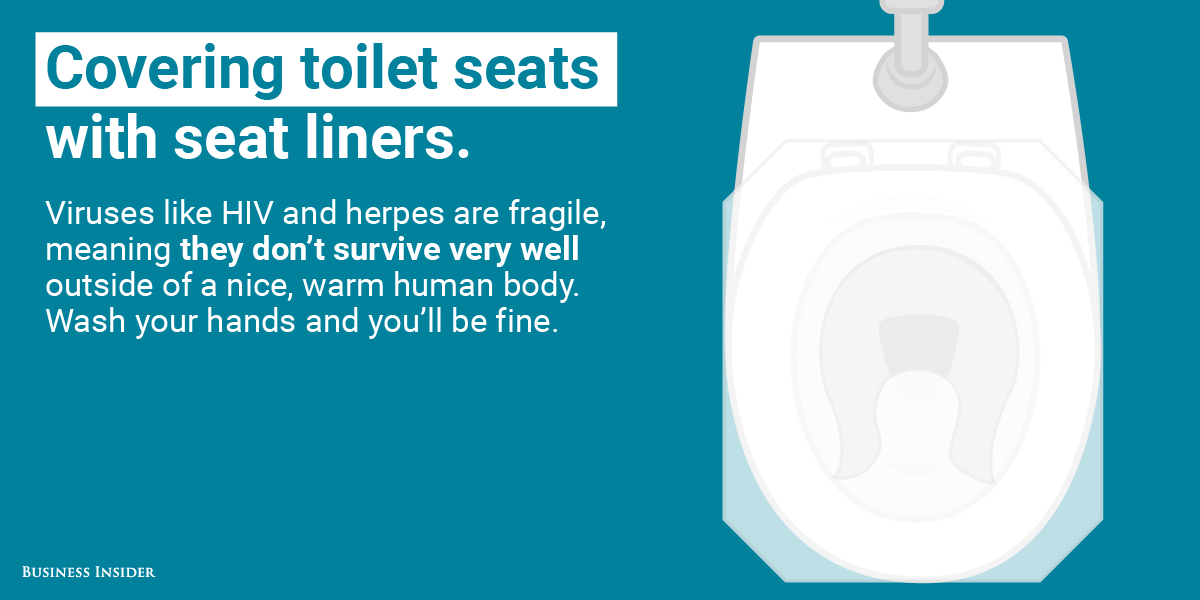 Public bathrooms first started stocking their stalls with these flimsy, frustrating sheets shortly after a husband and wife, who reasoned that toilet seats could spread infectious diseases, patented their invention in the 1920s. Thankfully, we now know this is far from true. Viruses like HIV and herpes are fragile, meaning they don't survive very well outside of a nice, warm human body.

Like most other hard surfaces, though, toilet seats can carry common microbes like E. coli and infection-causing streptococcus, but you'd have to touch them and then touch your unwashed hands to your mouth or eyes to get sick. So long as you're washing your hands after doing your business, you should be fine.