An alleged Russian spy whale is refusing to leave a Norwegian port city, in what appears to be a high-profile defection after a week of global attention on the unnamed beluga.

Norwegian Directorate of Fisheries official Jorgen Ree Wiig told The Washington Post that the beluga "was the first thing I saw outside of the window" of his patrolling ship in the morning.

Speaking from the city of Hammerfest, he said the whale had moved only about 25 nautical miles (46 kilometers) within the last week and appeared to enjoy the proximity to humans, which he noted was "strange" for a beluga.

Contrary to the species' normal behavior, the beluga had allowed residents to pet its nose over the last few days.

The whale was first spotted by Norwegian fishermen last week, when they noticed that the whale defied normal behavior by persistently harassing their boats. The fishermen subsequently spotted a strange harness wrapped around the whale's body.

Wiig said an inscription on the harness they later recovered read "Equipment St. Petersburg". He said he had handed the harness over to Norway's special police security agency (PST).

No details over the status of this probe have been made public, and the PST did not immediately respond to a request for comment Thursday.

Researchers say the harness could have carried weapons or cameras, triggering fresh speculation about a sea mammal special operations program that the Russian navy is believed to have been pursuing for years.

Although the Russian Defense Ministry has denied the existence of such a program, the same ministry published an ad in 2016 seeking three male and two female bottlenose dolphins and offering a total of US$24,000.

In this part of Europe, nobody would be surprised if the latest Norwegian discovery did indeed turn out to be the fallout of a military experiment gone wrong.

Since the 2014 Russian annexation of Crimea, there have been creepy reminders of the Kremlin's massive military apparatus lurking on Europe's eastern outskirts: mystery submarines; unidentified jets, including one that almost crashed with a passenger plane; and strange troop movements.

Should the Norwegians need advice on the latest discovery, they might want to ask their US allies for help. Although the possible existence of a Russian sea mammal military program seemed stunning when it was made public last week, it was in fact the United States that spearheaded the use of sea mammals for military purposes in the 1950s.

According to the US Navy, its own dolphin and sea lion recruits are used to locate sea mines, retrieve objects from the ocean floor and gather intelligence for military divers. They are not, however, involved in offensive operations.

With less experience in dealing with military-trained sea mammals than their US counterparts, Norwegian officials were pondering what to do with the beluga. 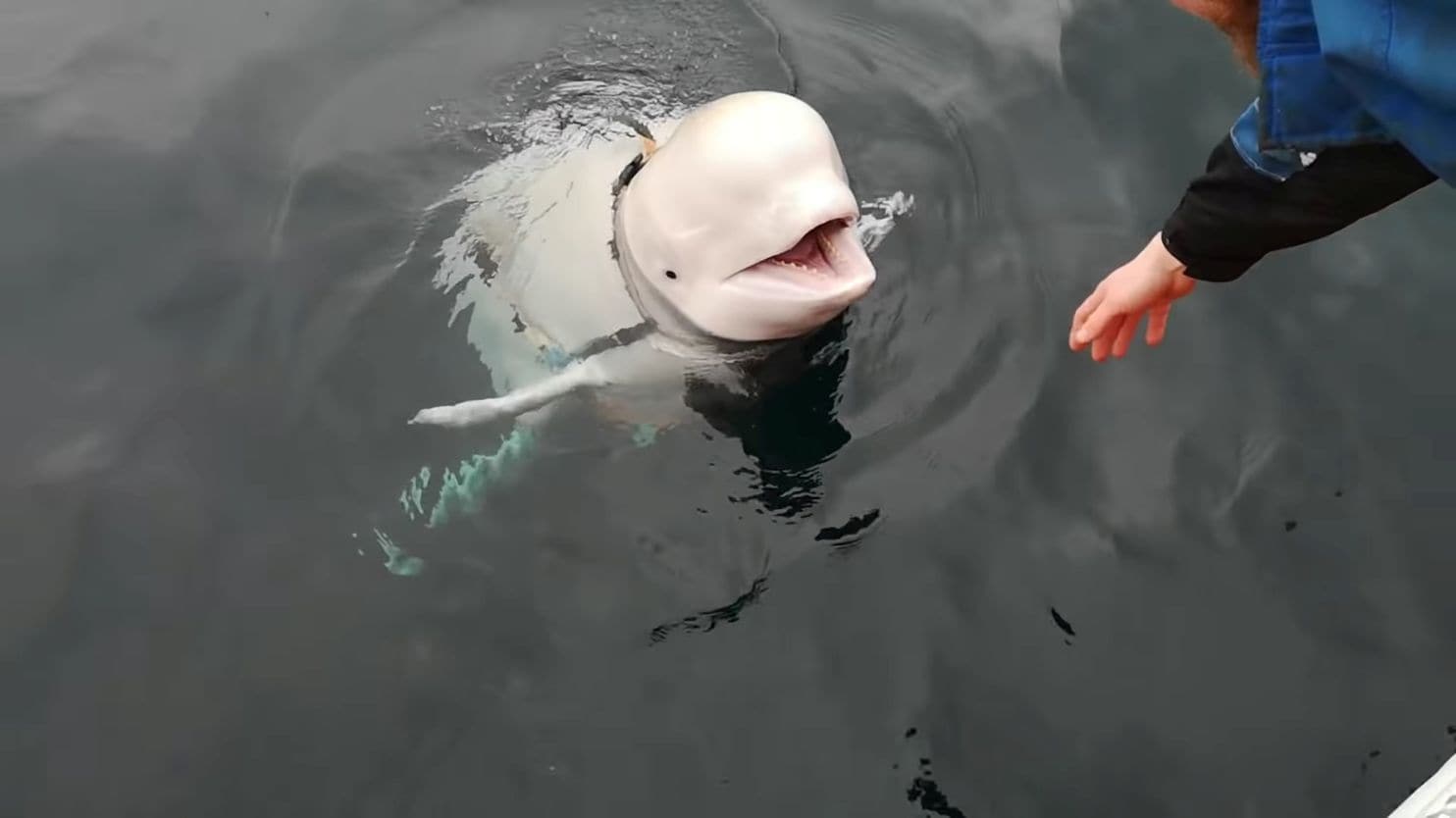 One option, Wiig said, was to transport the animal - who has yet to be given a name - to a sanctuary in Iceland, about 1,250 miles (2,000 kilometers) from Hammerfest.

That proposal, he said, may increase chances of "the survival of the whale."