For humans, reaching the age of 100 is a rare milestone. For some animals, however, it’s hardly uncommon. Not all plants and animals age the way we do, and some are built for much longer lifespans than ours.

Of the 10 animals that live the longest, all of them live well past 100, according to a recent post by Discovery News. At the top of the list, the ocean quahog (aka the clam) lives to be 400 years old, while the runner-up bowhead whale lives to be 211. But even the animal at the bottom of the list, the warty oreo, lives 140 years. 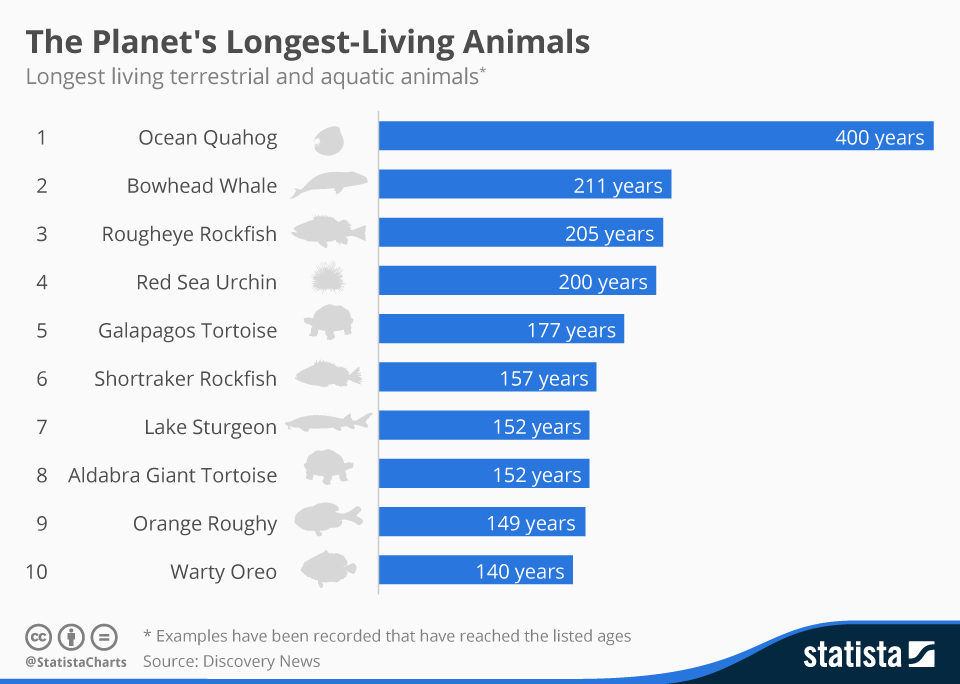 There may be animals that live longer than the ones on this list (like sea sponges, a cave salamander called the human fish that seems to live to be 100, and the potentially immortal hydra), but these are the ones with lifespans that scientists have measured precisely.

These long-lived creatures raise a question: Why do some animals live so much longer than others? While dozens of researchers have asked this question, the short answer is we still don’t know.

Here are some of the similarities and differences we observed in the animals above.

Most of the critters on this list grow and reproduce slowly.

Take the female lake sturgeon (#7 on this list). She takes anywhere from 14-33 years just to reach sexual maturity, and she only spawns once every 4-9 years. (Male lake sturgeons develop a little faster, maturing in 8-12 years and spawning every 2-7 years). In contrast, steelhead trout mature in 2-3 years and live for only 11 years.

Similarly, the orange roughy (#9), takes 20 years to mature. While it appears to help them with living for long periods, this slow development can be perilous for the population as a whole. Overfishing decimated the orange roughy population near Australia in the 1980s, and since the fish grows so slowly the Australian Fisheries Management Authority estimates it will take up to 65 years to get orange roughy stocks back to target levels.

While most of the animals on this list grow slowly, the rates at which they mature and reproduce vary. Red sea urchins (#4) and ocean quahogs (#1) still spawn every year, for example. 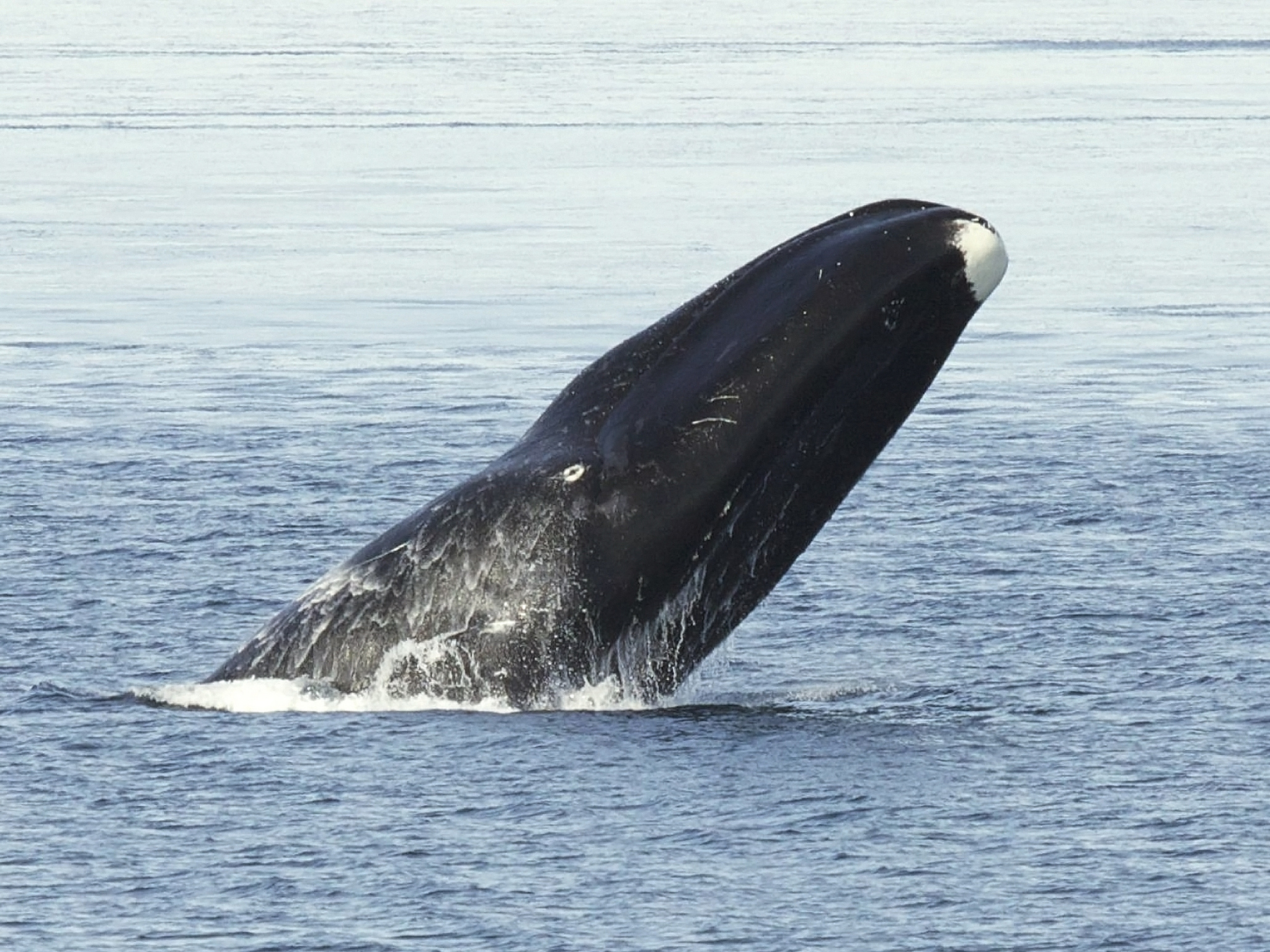 Besides Galapagos tortoises (#5) and Aldabra giant tortoises (#8), all the animals on the list live in water. Of the water-dwelling animals, five are fish, two are invertebrates (the ocean quahog and red sea urchin), and only one is a mammal (the bowhead whale).

The two top contenders on the list, clams and bowhead whales, couldn’t be sized more differently.

While the typical ocean quahog is between 2.8 to 4.3 inches long, the bowhead whale (pictured above) comes in at a massive 65 feet long.

Surprisingly, these two creatures do have one thing in common as far as size is concerned: they eat similarly sized food. While the quahog eats microscopic algae it sucks into its stomach through a straw-like siphon, the bowhead filters microscopic animals like krill through its sieve-like “teeth,” called baleen plates.