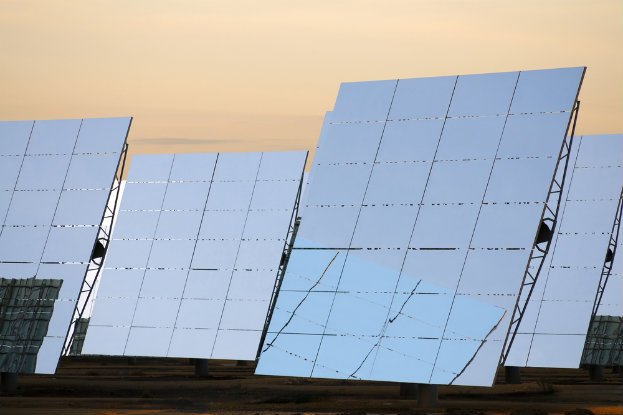 An African Solar Plant Could Power UK Homes by 2018

The extreme heat of the Sahara desert could soon be lighting up millions of UK homes with renewable energy, which will generate a large and sustainable income for the local Tunisian economy.

Many European countries are facing a growing risk of power shortages over the next decade. The TuNur project plans to build a massive solar plant in the Sahara desert to provide an economical solution to this problem by providing renewable energy at a cost that is 20 percent cheaper than home-grown sources.

According to TuNur, the funds generated by the project will provide Tunisia with new opportunitites, including jobs, increased investment, and a new industrial sector for renewable energy. The development of a solar plant will diversify the economy and increase wealth, particularly for poorer regions.

The giant power plant will be located on a 10,000-hectare site in the Tunisian desert, and is expected to produce a whopping 2.25 gigawatts-hours of power per year.

The plant generates energy in the form of concentrated solar power (CSP), which allows the developers to store it for later use. The energy is generated by thousands of large, flat mirrors called heliostats, which turn to reflect concentrated solar rays onto a central tower situated on top of the plant. The tower then converts the solar energy collected by the heliostats into heat in the form of steam. The steam is sent to a steam turbine generator, which converts it into electricity. After the electricity is generated, it is channeled into Europe through an underwater cable from Tunisia to Italy.

TuNur is a joint venture between UK based solar developer, Low Carbon, and a group of Tunisian and Maltese investors from the oil and gas sector. The company has so far spent 10 million euros (14.5 million dollars) in developing the site and is seeking funding from the UK government to export the energy.

"This is not a back-of-the-envelope fantasy," Kevin Sara, chief executive of TuNur, told Matt McGrath from BBC News. "We are working with some of the largest engineering firms in the world. This is a serious project. Yes, it is risky like any big energy project is risky."