We don't know whether it was a boy or a girl. But this ancient child, a Neanderthal, only made it to about two years of age.

This short life, lived about 41,000 years ago, was uncovered at a famous archaeological site in southwestern France, called La Ferrassie. The remains of several Neanderthals have been found there, including the most recent discovery, the child, known only as La Ferrassie 8.

When the ancient remains were first found – most at various stages of the early 20th century – archaeologists had assumed the skeletons represented intentional burials, with Neanderthals laying their departed kin to rest under the earth.

Nonetheless, in contemporary archaeology, doubts now swirl around the question of whether Neanderthals did indeed bury their dead like that, or whether this particular aspect of funerary rites is a uniquely Homo sapien custom. 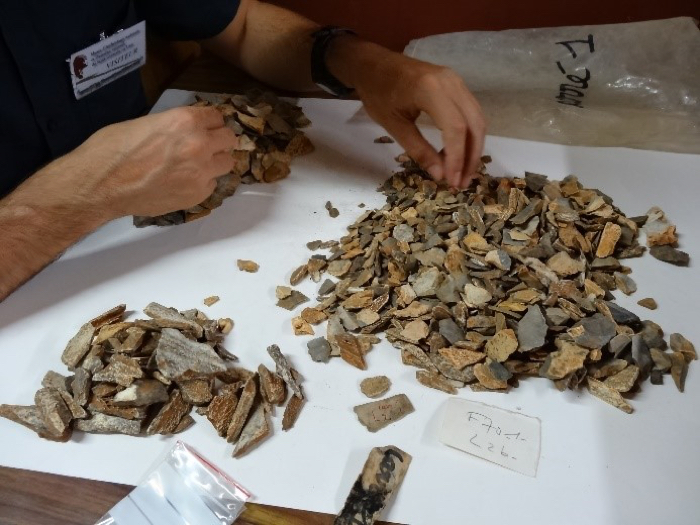 In part, the asking of these questions links back to the archaeological techniques and record-keeping used in the past, as the antiquated methods used by archaeologists and anthropologists from the early 20th century (and even earlier) mean we can't always be entirely confident in their findings.

With such a mystery on their mind, a team led by researchers from Le Centre national de la recherche scientifique (CNRS) and the Muséum national d'histoire naturelle in France has now conducted a thorough re-evaluation of La Ferrassie 8's ancient remains, which have now been kept in the museum for almost 50 years after being discovered between 1970 and 1973.

"The discovery and context of this skeleton has generally been regarded as poorly documented, but in fact this deficiency stems from a lack of the necessary processing of the information and materials from La Ferrassie related to the penultimate excavation phase (1968–1973)," the researchers write in their new paper.

"Indeed, a huge amount of data remained unassessed prior to our current study."

In the new work, the researchers reviewed the notebooks and field diaries used by the original excavation team, as well as analysing La Ferrassie 8's bones. They also performed new excavations and analyses at the La Ferrassie cave shelter site where the child's remains were found.

The results of their multi-disciplinary approach suggests that – despite the substandard nature of previous research into La Ferrassie 8's purported burial – the old conclusions were correct: the child was buried. 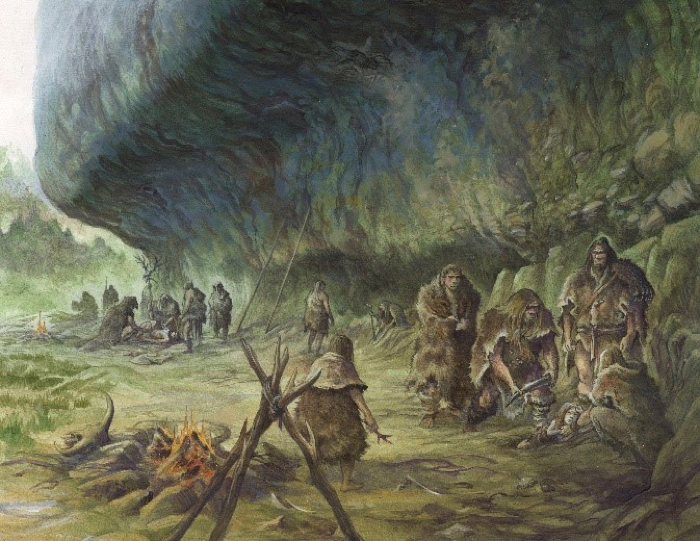 "The combined anthropological, spatial, geochronological, taphonomic, and biomolecular data analysed here suggest that a burial is the most parsimonious explanation for LF8," the authors explain.

"Our results show that LF8 is intrusive within an older (and archaeologically sterile) sedimentary layer. We propose that Neandertals intentionally dug a pit in sterile sediments in which the LF8 child was laid."

In reaching this conclusion, the team confirmed that the well-preserved bones were laid to rest in an unscattered manner, remaining in their anatomical position, with the head raised higher than the rest of the body, even though the lay of the land was inclined at a different angle (suggesting a contrived elevation by Neanderthal hands).

Further, there were no animal marks on them, which the team consider another probable sign of a prompt, intended burial. Especially when compared to the weathered state of various animal remains found in the vicinity.

"The absence of carnivore marks, the low degree of spatial disturbance, fragmentation, and weathering suggest that they were rapidly covered by sediment," the researchers explain.

"We cannot find any natural (i.e. non-anthropic) process that could explain the presence of the child and associated elements within a sterile layer with an inclination that does not follow the geological inclination of the stratum. In this case, we propose that the body of the LF8 child was laid in a pit dug into the sterile sediment."

It's not the first study in recent times to claim new evidence of Neanderthals burying their dead, and it likely won't be the last.

The French team say it's time today's new-and-improved analytical standards were brought to bear on the varying skeletal remains of La Ferrassie 1 through to 7, giving us an updated assessment of how they too were interred.

Then, maybe, with all said and done, these very old souls might finally get some rest.