Excavations in Ethiopia have uncovered a lost city from one of the least documented major civilisations of the ancient world.

Back in its heyday, from 1st to 8th century AD, the African kingdom of Aksum was a force to be reckoned with. Sitting along the northern edge of the Red Sea and encompassing Ethiopia, Eritrea, Djibouti, Somalia and Somaliland, this flourishing and complex society played a major role in trade between the Roman Empire and ancient India.

It was the first sub-Saharan African state to mint its own coins and also the first to adopt Christianity, but we still know very little about it.

Now, archaeologists have discovered one of Aksum's most important sites yet: a bustling trade and religious centre, tucked between the capital city - also named Aksum - and the Red Sea, in a region called Yeha.

Named Beta Samati, which means "house of audience" in the local Tigrinya language, remnants of this settlement could help to reveal some of the mysteries surrounding the rise and fall of this ancient African empire.

"This is one of the most important ancient civilisations, but people [in the Western world] don't know it," archaeologist Michael Harrower from Johns Hopkins University told New Scientist.

"Outside of Egypt and Sudan, it's the earliest complex society or major civilisation in Africa."

Back in the 1970s, several important sites from the Aksum civilisation were surveyed near Yeha, although the surrounding areas were left altogether unexplored.

It wasn't until 2011, when archaeologists were tipped off by local residents, that they started looking in the surrounding hills. Here, they ultimately found the ancient settlement of Beta Samati, hiding more than three metres (10 feet) below the surface. While more investigations of the new site are needed, preliminary findings challenge a common notion about the ancient empire. Previous to the Aksumite civilisation, societies in this region were thought to have collapsed, leaving only a few "small rural settlements" behind.

But archaeologists now think there was far greater continuity between Pre-Aksumite and Aksumite governments.

"Our findings also demonstrate that, contrary to the supposed abandonment of the Yeha region following the Pre-Aksumite period, Beta Samati continued to function as a major node on trade routes that linked the Mediterranean to Adulis and Aksum during the Classic, Middle and Late Aksumite periods."

Four seasons of excavation between 2011 and 2016 have now yielded results that indicate this ancient town was occupied for some 1,400 years and played a crucial role in the region's socio-political and economic structure.

Between a grid of stone walls, experts found several stone buildings, coinage, inscriptions, a gold intaglio ring clearly influenced by the Romans, and a basilica, which was built during the 4th century, according to radiocarbon dating. 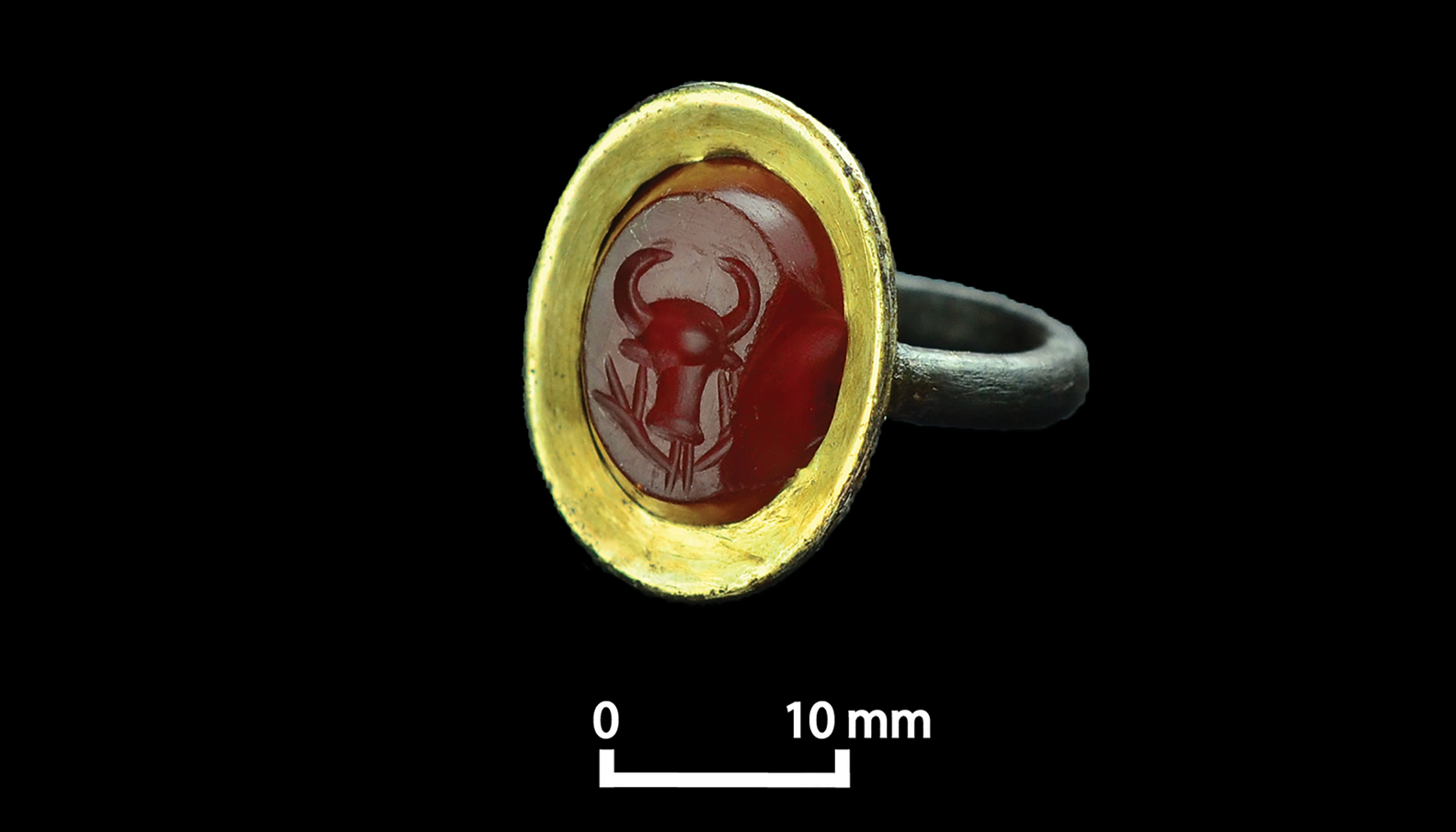 The layout of this building is similar to other basilicas found in the late and middle stages of the Aksum civilisation, although certain aspects of it suggest an earlier date. Inside, archaeologists uncovered evidence of rituals, administration, international trade, and high-value foods.

Several figurines of cattle and bull were also found in the basilica, which is quite unusual and suggests a mixing of pagan and early Christian traditions.

"In Ethiopia," the authors explain, "the basilica form seems to have first appeared in conjunction with Christianity. The basilica at Beta Samati, however, shows a complex blurring of secular trade and administration (tokens and stamp seals), pagan rituals (figurines and bucrania) and early Christian traditions (incense burners and crosses) that warrants further investigation."

Perhaps the most remarkable finding, however, is a black stone pendant, inscribed with a Christian cross and the motto "venerable" in Ethiopia's own ancient scrip Ge'ez, which is still used today. 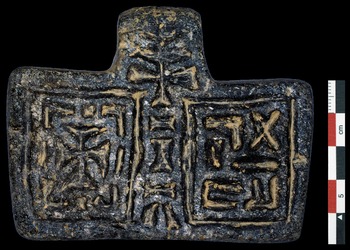 "This is about the size that you could hang around your neck," Harrower told Live Science, "so maybe a priest would have worn this."

Towards the end of this civilisation's reign, Islam arrived in the region. In AD 615, the King of Aksum actually granted refuge to early Muslims, and one of the hypotheses is that the civilisation began to decline along with the conquest of Islam and its control over the Red Sea trade.

"Future research at the site has the potential to clarify a range of topics, including the rise of one of Africa's first complex polities, the development of Aksum's trade connections, the conversion from polytheism to Christianity, and the eventual decline of the Empire of Aksum," the authors write.