Archaeologists believe that this niche represents the remains of the throne of Herod Antipas. (Győző Vörös)

Archaeologists claim that they have identified the deadly dance floor where John the Baptist - a preacher who foretold the coming of Jesus - was sentenced to death around CE 29.

The Bible and the ancient writer Flavius Josephus (CE 37-100) both describe how King Herod Antipas, a son of King Herod, had John the Baptist executed. Josephus specified that the execution took place at Machaerus, a fort near the Dead Sea in modern-day Jordan.

The Biblical story claims that Herod Antipas was set to marry a woman named Herodias; both of them had been divorced - something that John the Baptist objected to.

At their wedding, Herodias's daughter, named Salome, performed a dance that so delighted Herod Antipas that the king promised her anything she wanted as a reward. Salome, goaded on by Herodias, asked for the head of John the Baptist.

Herod Antipas was reluctant to grant the request, according to the Bible, but he ultimately decided to fulfill it and had John the Baptist's head brought to Salome on a platter. 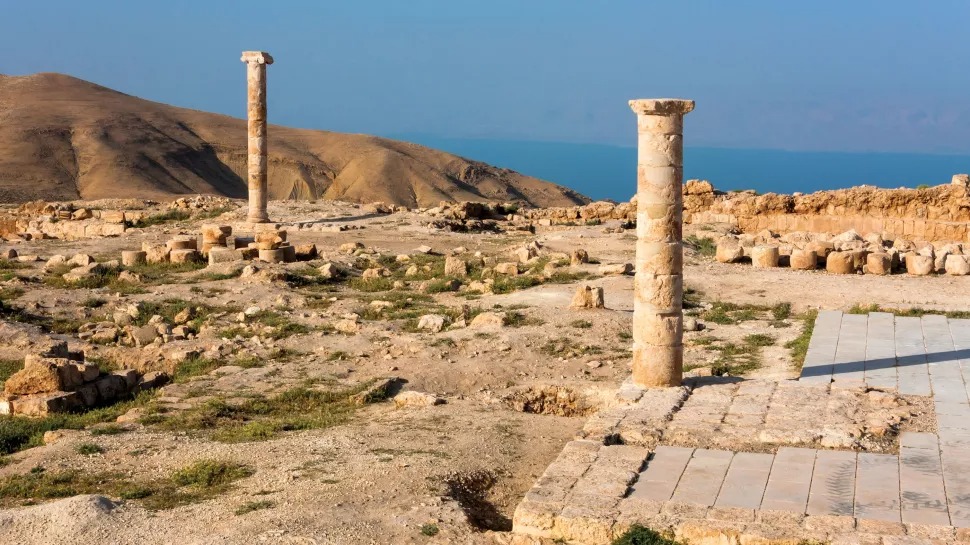 The remains of part of Machaerus can be seen here. (Győző Vörös)

A courtyard uncovered at Machaerus is likely the place where Salome's dance was performed and where Herod Antipas decided to have John the Baptist beheaded, wrote Győző Vörös, director of a project called Machaerus Excavations and Surveys at the Dead Sea, in the book Holy Land Archaeology on Either Side: Archaeological Essays in Honour of Eugenio Alliata (Fondazione Terra Santa, 2020).

The courtyard, Vörös said, has an apsidal-shaped niche that is probably the remains of the throne where Herod Antipas sat.

After King Herod's death his kingdom was divided among his sons and Herod Antipas controlled a kingdom that included Galilee and part of Jordan. He controlled his kingdom at times from Machaerus.

Archaeologists discovered the courtyard in 1980, but they didn't recognize the niche as being part of Herod Antipas' throne until now, Vörös wrote in the article. The presence of the throne next to the courtyard solidifies the conclusions about the dance floor, Vörös wrote.

The archaeological team has been reconstructing the courtyard and published several images in the book showing what it looked like around the time of John the Baptist's execution. 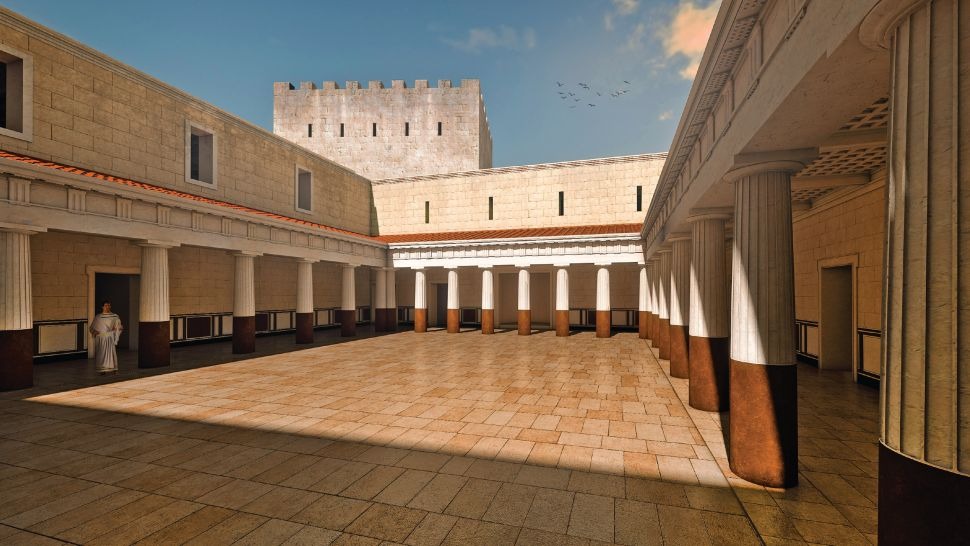 A reconstruction of the courtyard where Salome's dance may have taken place. (Győző Vörös)

More than half a dozen scholars not involved with the excavations talked to Live Science about the claim that Herod Antipas' throne, and the courtyard where the deadly dance was performed, had been found. Some scholars were convinced, while others were skeptical.

"I think it is historically probable that this excavation has brought the 'dance floor' of Salome to light," said Morten Hørning Jensen, a professor at the Norwegian School of Theology, who wrote the book Herod Antipas in Galilee (Mohr Siebeck, 2010).

Some scholars were not convinced, expressing doubts about whether the newly identified niche represents the remains of the throne of Herod Antipas.

Jodi Magness, a professor of religious studies at the University of North Carolina at Chapel Hill, praised the work by Vörös and his team; and while Magness said that it is possible that Vörös found the throne of Herod Antipas, she has doubts.

For instance, the niche found at Machaerus seems small compared with the throne of his father King Herod found at the winter palace of Jericho, Magness told Live Science, referring to a throne in the palace that is covered with a semi-circular overhead apse.

She added that the niche at Machaerus looks similar to two niches found at the Upper Herodium, a palace-fortress built by King Herod, but those two niches have never been identified as the remains of thrones.

Eric Meyers, a professor emeritus of Jewish studies at Duke University, said that it is quite possible that the throne of Herod Antipas has been found and is eager to read the final reports on the site.

Whether "a perfect match between literary and archaeological sources that places the execution of John the Baptist in that very spot remains to be seen. In any event, a strong case has been made and I look forward to the final reports," Meyers said.

7 Biblical artifacts that will probably never be found