More Mysterious 'Jars of The Dead' Have Been Discovered in Laos

Unknown to many travellers in southeast Asia, the 'jars of the dead' in Laos are a 2,000-year-old mystery that has never been solved.

Speckled across thousands of square kilometres of the Xieng Khouang plateau - now known as the 'Plain of Jars' for that very reason - these empty megalithic structures from the Iron Age number in the thousands, with some reaching nearly three metres in height (10 feet). No one knows for certain where they came from or even why. Local legend has it that they were once used as chalices by a bunch of drunk giants. Others think they were used for body decomposition in local funerary rites. The leading theory among archaeologists is that these jars were actually tombs for an ancient civilisation.

In 2016, tiptoeing around unexploded bomb parts from Vietnam in what is considered one of the most dangerous archaeological sites in the world, researchers at the Australian National University found several pits full of human bones dating back approximately 2,500 years.

Today, those same archaeologists are still leading the hunt. Just recently, the team discovered hundreds more of these stone urns in an area where few humans have been.

"These new sites have really only been visited by the occasional tiger hunter," says Nicholas Skopal, a PhD archaeology student at ANU.

"Now we've rediscovered them, we're hoping to build a clear picture about this culture and how it disposed of its dead." 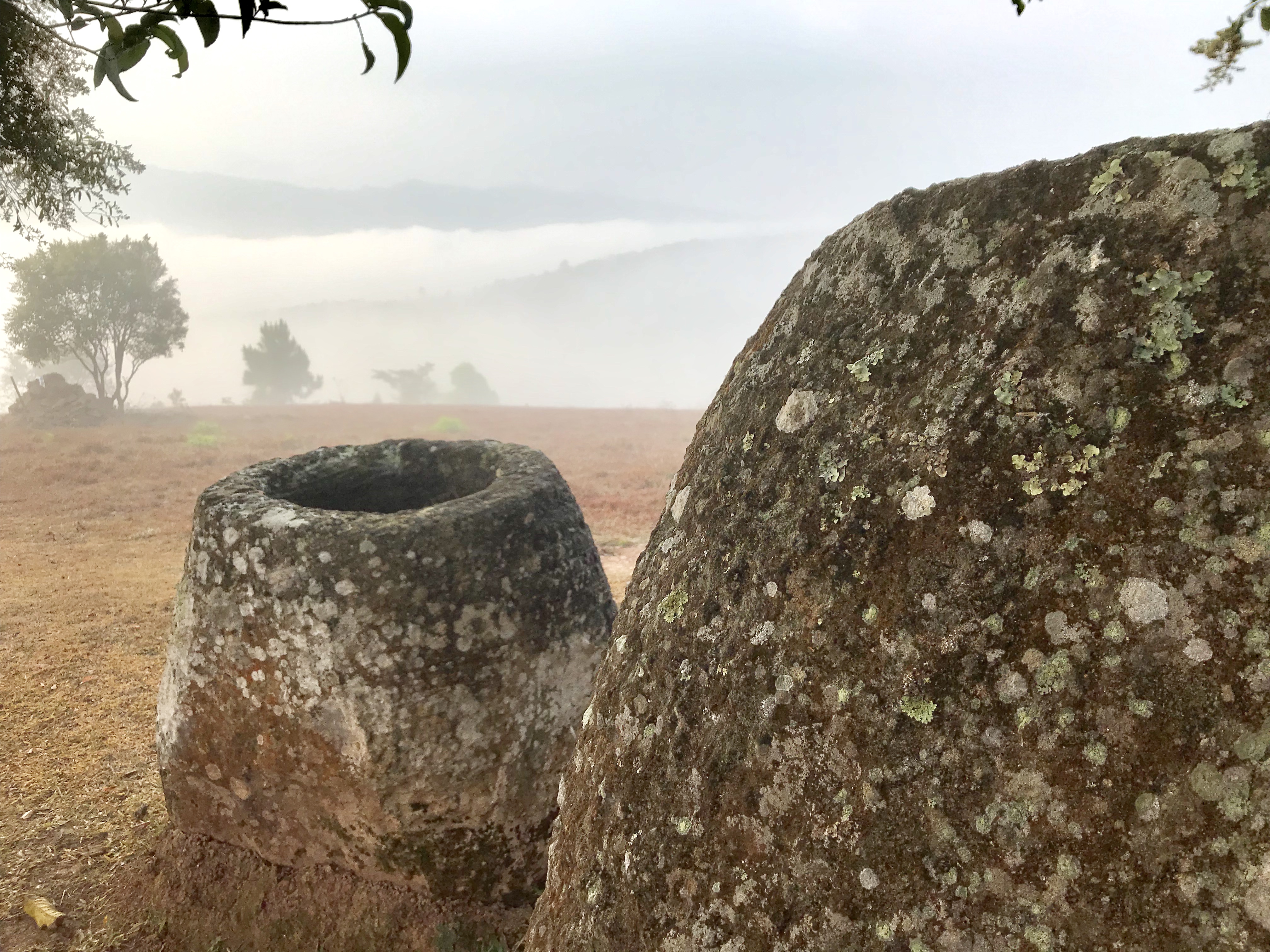 Alongside the huge jars, which were roughly 1,000 years old according to the university, the team also found typical Iron Age artefacts, including decorative ceramics, glass beads, iron tools, discs worn in the ears and spindle whorls for cloth making.

Around the jars, they noticed a collection of beautifully carved discs, which they think are burial markers, although strangely enough they were found buried with the intricate side face down. 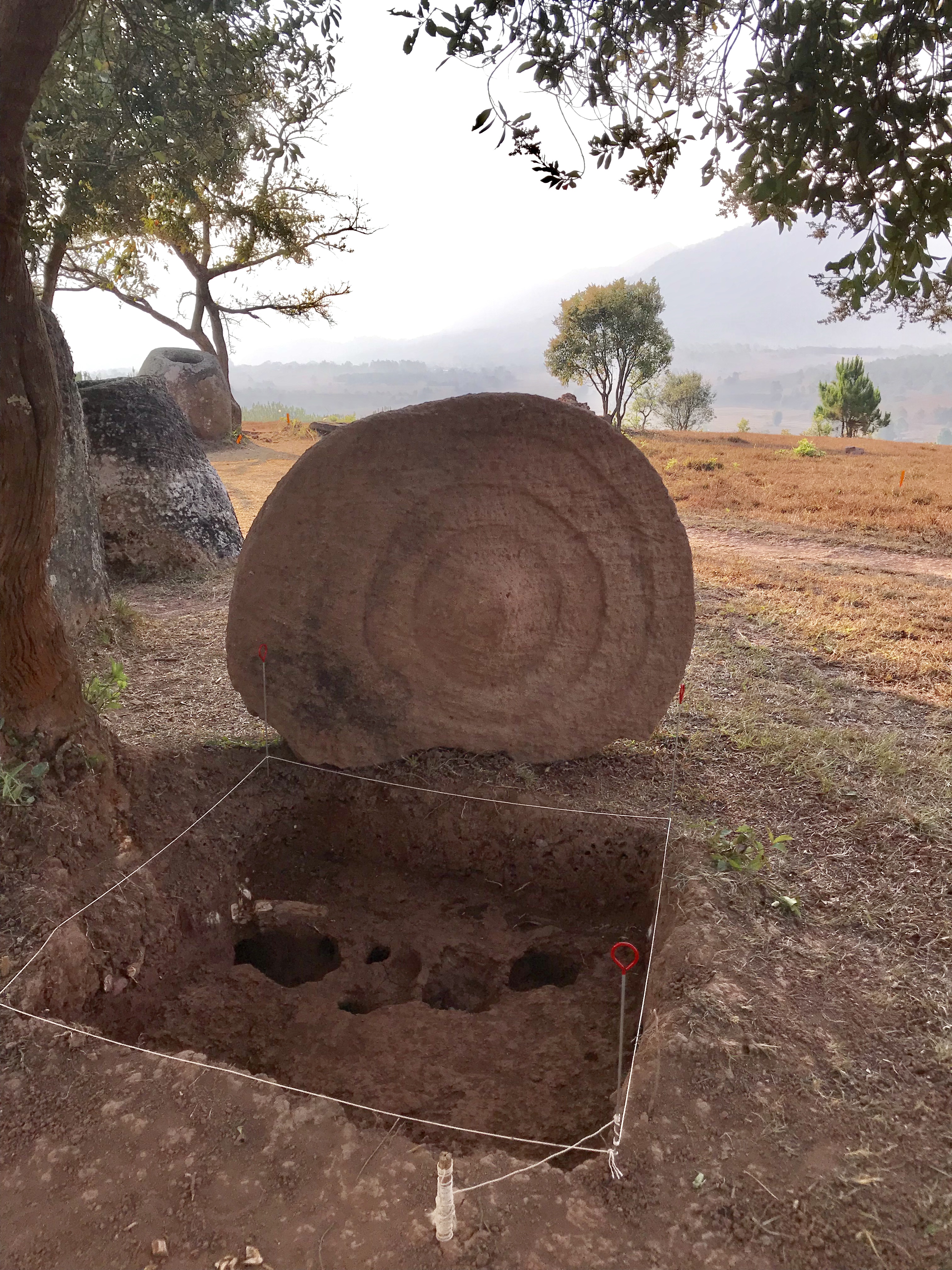 "Curiously we also found many miniature jars, which look just like the giant jars themselves but made of clay," says one of the team, archaeologist Dougald O'Reilly.

"We'd love to know why these people represented the same jars in which they placed their dead, in miniature to be buried with their dead."

With the nearest quarry several kilometres away, all 137 of these heavy objects, weighing several tonnes, must have somehow been transported to their new locations. Still, O'Reilly says they don't know why the remote region was chosen, especially since there is no evidence of anyone ever having lived here.

The team's work has not yet been detailed in a peer-reviewed study, but the archaeologists are hopeful that their work will eventually help us solve the mystery of these jars.

Or maybe it will leave us with even more questions than before.