Archaeologists Have Unearthed a Series of 2,000-Year-Old Magic Spells in Serbia

Researchers in eastern Serbia have discovered a series of magic spells etched onto tiny rolls of gold and silver, buried alongside the remains of humans who died almost 2,000 years ago.

The incantations seem to invoke divine powers to do good or evil, but the researchers are still trying to translate exactly what they say, and what they were used for.

"The alphabet is Greek, that much we know. The language is Aramaic - it's a Middle Eastern mystery to us," chief researcher Miomir Korac, from the Archaeological Institute in Belgrade, told Reuters.

"We read the names of a few demons, that are connected to the territory of modern-day Syria," added one of the team, Ilija Dankovic.

The spells were found inside small lead amulets, carved onto fragile sheets of precious metal alongside decorative symbols. Each incantation was only around the size of a candy wrapper, but still would have been incredibly valuable at the time. 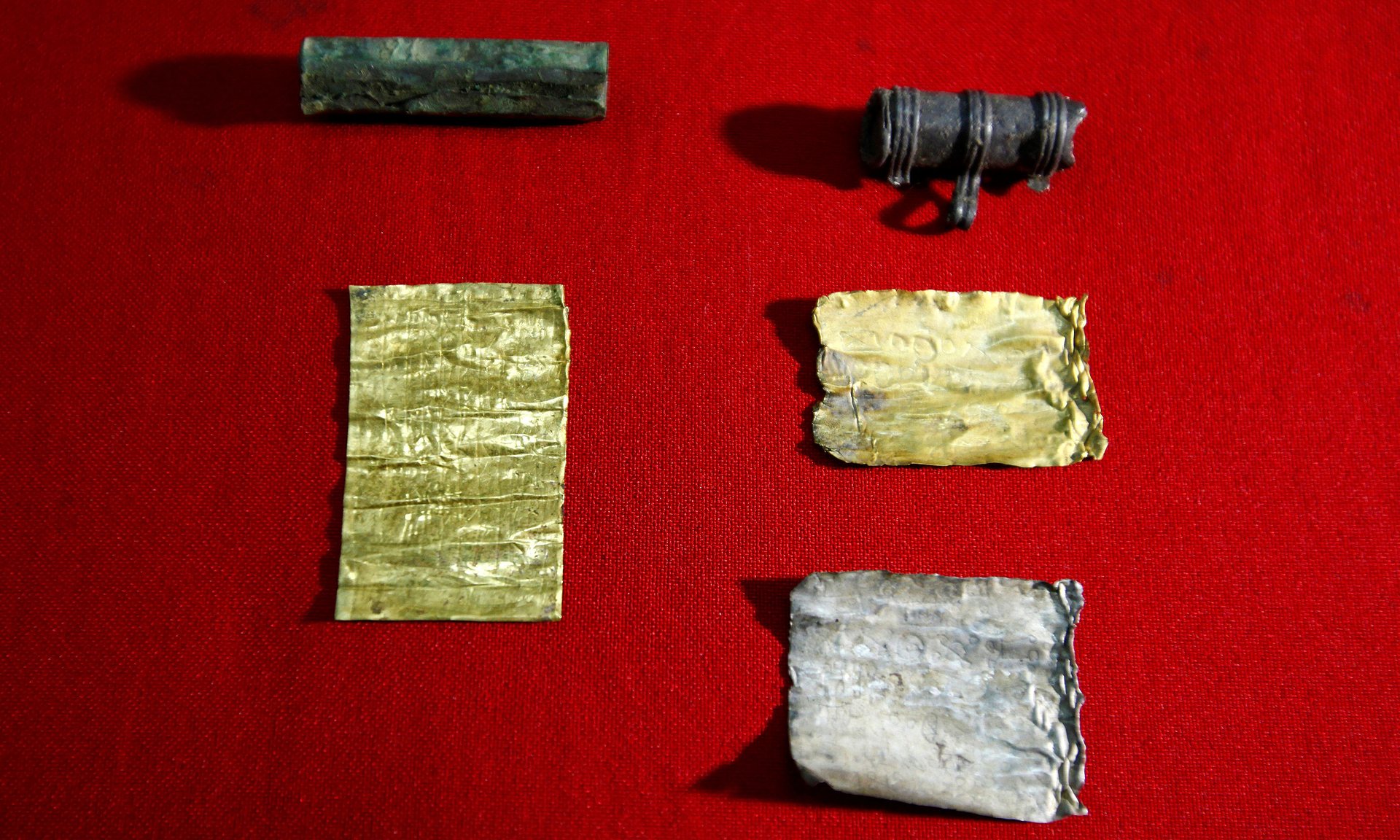 The burial site is near the modern-day city of Kostolac, which was the site of the Roman city Viminacium between the 1st and 6th century AD. It's estimated that the latest remains - and the spells - were buried around the 4th century AD.

The researchers have yet to conduct a full analysis on the scrolls, or carbon-date them, so we can't read too much into the discovery just yet.

But while this is the first time archaeologists have discovered something like this in Serbia, they've seen similar tablets of 'binding magic' in other countries, such as the UK and Egypt. The difference in those cases is that they're more often found in the form of tablets carved into people's tombs.

Binding spells were usually written to benefit or curse the living, but people would bury them with the deceased in the hopes that they would carry them either to angels or demons in the afterlife, and force them to do their bidding.

"They were often love charms, ordering someone to fall in love, but there were also dark, malignant curses, to the tune of: 'May your body turn dead, as cold and heavy as this lead,'" Dankovic told Reuters.

Back in 2006, one of these spell tablets was discovered in a grave in Leicester, England, dating back to the 2nd AD, requesting a god to curse a specific thief: "To the god Maglus, I give the wrongdoer who stole the cloak of Servandus ... that he destroy him before the ninth day."

Dankovic told Reuters that these charms were usually buried with people who had suffered a violent death, because it was believed that "souls of such people took longer to find rest and had a better chance of finding demons and deities and pass the wishes to them so they could do their magic".

There's no news as yet on how the people buried alongside the Serbian spells died, so the team isn't sure whether that's the case here.

What these small incantations can reveal, however, is details about the beliefs and faith of the residents of Viminacium at the time.

"This is a very important archaeological discovery because it shows us how luxurious the life in Viminacium was or how much hope they had in the 'curse tablets' so that they used precious metals," Korac told NBC News.

"According to my knowledge, such tablets have never been found inscribed in gold anywhere. According to the Roman customs, gold was never put into graves."

There's also evidence that the Roman city was in the middle of a religious shift during the 4th century, seeing as both Christian and pagan gods are called upon.

"Opposing deities appear on these tablets, as if invoking both Christ and the Antichrist today, or Christ and pagan gods, and that is weird. This shows us that the process of converting to Christianity was slow," he added.

The team is still in the middle of excavating the site, so until they've finished digging and the proper analysis of these remains begins, we're not going to know much more about the mysterious find.

But it just goes to show that there's always so much more left to learn about the societies that came before us.