Archaeologists Uncover an Ancient Model of The Universe in Mexico

The people of ancient Mexico may not have had the powerful telescopes that we have access to today, but that didn't stop them depicting the vastness of the Universe all the same, as a new archaeological discovery at the Nahualac site near Mexico City shows.

This particular miniature model of space doesn't feature planets or stars though – instead it's thought to show the monster Cipactli splitting heaven and Earth and bringing life into being, one of the traditional myths of the Aztec people.

In fact, experts from Mexico's National Institute of Anthropology and History (INAH) say the stone structure, discovered under a lagoon, was specially designed to give the impression that the map carving was floating on the surface of the water rather than lying on the pond bed – just as Cipactli would have done. 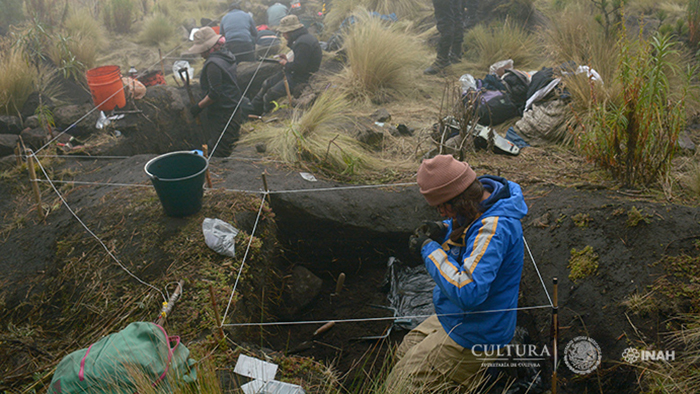 Excavation work by the lagoon. (INAH)

"The optical effect that occurs in the water mirror, from which it seems that the structure emanates, suggests that the place is the representation of a primeval time and space, a miniature model of the universe," said the researchers in a translated statement.

"These visual effects, in addition to the characteristics of the elements that make up the site and the relationship they have with each other, make us suppose that Nahualac could represent a microcosm that evokes the primitive waters and the beginning of the mythical time-space," added one of the team, Iris Hernández.

According to some Mesoamerican creation myths, Cipactli – part crocodile, part fish, part frog – was brought into life by the gods, floating across the primaeval waters, and creating Earth from its body. Some tales say Cipactli was torn apart to form the Universe.

The remains of the stone "tetzacualco" or shrine were found in the middle of a natural pond, some 3,870 metres or 12,700 feet above sea level, in the shadow of the dormant Iztaccihuatl volcano. Archaeologists from INAH have been working on the site since 2016.

It takes the geometric shape of a quincunx, with stones forming a rectangle around the area as well as a central point depicting where Cipactli would have lurked. Controlled streams of water from nearby natural springs would've been used to get the shrine to appear to float, the archaeologists say. 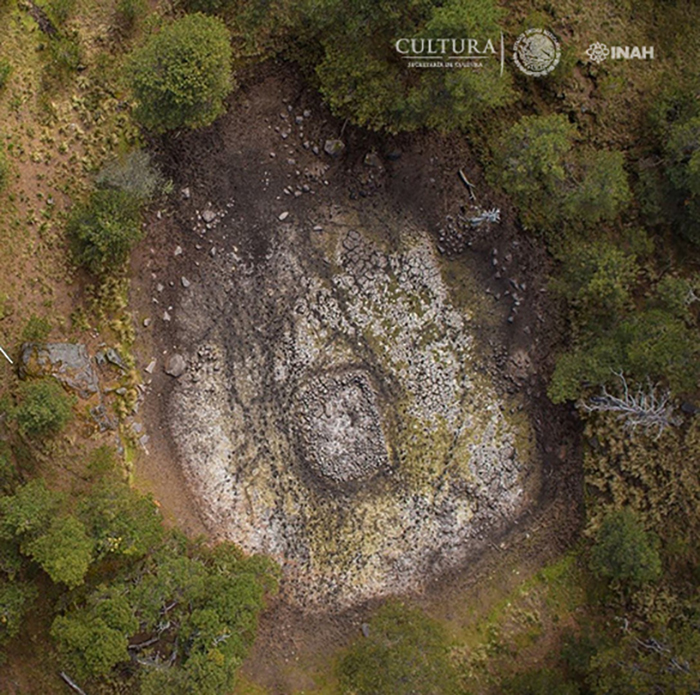 A host of other discoveries have been found nearby, including ceramic materials linked with the ancient Aztec rain god Tlaloc. Experts think the site was used for rituals to both Tlaloc and other deities of water and land.

Although the miniature Universe map hasn't yet been dated, other artefacts found in the area appear to be from the period 750-1150 AD, which gives you some idea of when the lagoon and its shores were in use.

Today's space maps may be much more accurate than this tetzacualco, but there's something amazing about these ancient myths about how the Universe was created – and thanks to teams like the one at INAH, we're learning more and more about them.